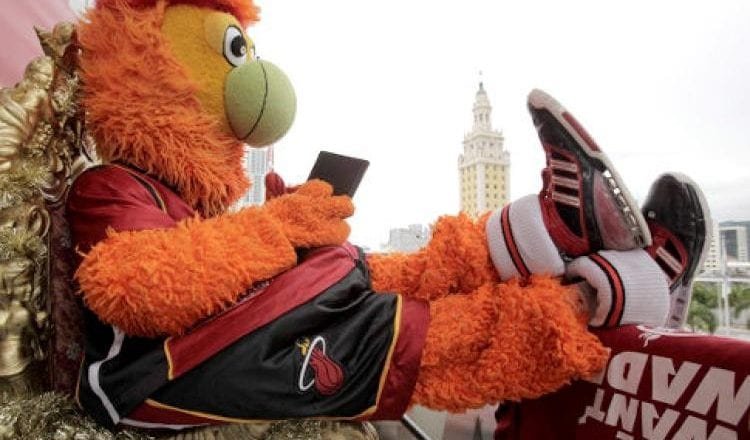 We’ve been spending  a lot of time on the road and that is not going to stop. Well, wait. We have two home games soon, but they are a back-to-back against OKC and Indiana. After that challenge it’s back on the road for a six game West Coast trip that looks scary.

We play Portland, Sacramento, the Warriors, Denver, good ol Dallas and then one game in Philly for good measure.  Then we come home  and it gets a tad easier with favorable match ups against the Pistons and Suns.

And then the month ends with torture. The Heat play a back-to-back series with the Warriors at home and then the next night Miami plays the Rockets in Houston. That is one hundred percent  insane.

The Miami Heat may very well go 3-9 with this schedule.

It’s going to be a tough month.

Here is the schedule, as it appears in ESPN.