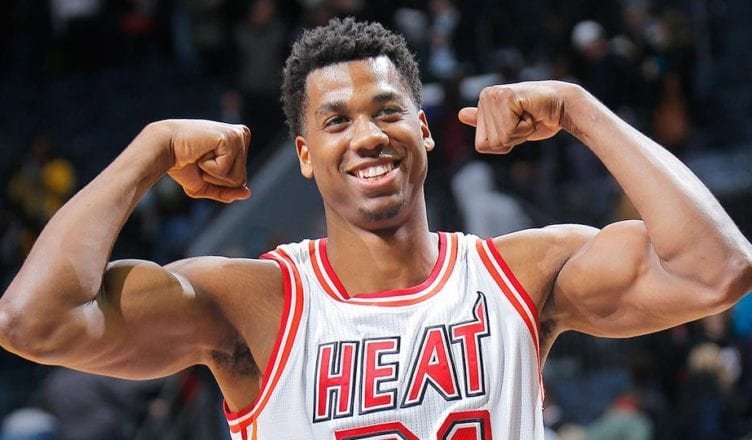 With the NBA season upon us we asked Miami Heat superfans Michael Buttersworth and Arturo Gaudi their thoughts on what to expect. Here are the edited transcripts.

Michael Buttersworth: I’m stoked for this coming Miami Heat season. I really think we will outperform expectations and totally expect to be a top 4 team. Not signing Jimmy Butler was a blessing. He would have been a distraction. Now, our young core can blossom like we know they will.

Arturo Gaudi: Bro, what’s it like being so naive? You think the Heat aren’t getting Jimmy Butler? Bro, you don’t know Pat Riley. You know that Snoop album from back in the day, The Doggfather, that’s why they call Riley The Godfather. He’s going to get Butler for a bag of donuts or at the worst for that white guy with the long hair who looks like he’s from Minnesota.

I didn’t sneeze. Whatever. Josh Richardson and Bam Adabayo have so much value and upside. This should be a breakout year for Justise Winslow. Derick Jones Jr. looks like a stud. Tyler Johnson is far from a scrub, albeit overpaid. We are young and it is exciting. The Miami Heat are never young, but now we are.

Don’t get all soft and fall in love with these guys, bro. Pat Riley’s going to trade some of them for LeBron James. You think it’s a coincidence that LeBron went to the Lakers with all those meatheads? LeBron just doesn’t want to repeat himself and leave Cleveland to go straight to Miami. Now he leaves Cleveland goes to LA to film Space Jam 3 with Bugs Bunny, plays a couple games with Michael Beasley, Lance Stephenson and the rest of the special ed Lakers crew and then Riles trades some donuts for LeBron to come back to the Heat.

Just in case that doesn’t happen, this year we get to celebrate, properly, the farewell tour of both Dwyane Wade and Udonis Haslem. How dope is that? We have at least 41 more chances to see them at the AAA.

Come on bro, how many times are you going to fall for that? Every year with those two is a farewell tour. They’re going to be playing for the Heat for the next 40 years. At the very least, they’re going to want to defend their championship.

I like your enthusiasm. Back to the real Heat world I haven’t even touched on Goran Dragic, an All-Star, Kelly Olynyk and James Johnson — all Heat culture studs. Notice the absence of even mentioning Dion “Overweight” Waiters or Hassan “High IQ” Whiteside. If they play half as good as their salaries, watch out eastern conference, because you don’t want us come playoff time. I’m calling it now. 50 wins for the Heat and they make it to the Eastern Conference Finals where they lose to the Celtics.

Bro, I don’t like all the name calling or the pessimism. You keep up with this negativity I’m not going to go with you to the Miami Heat championship parade in June.