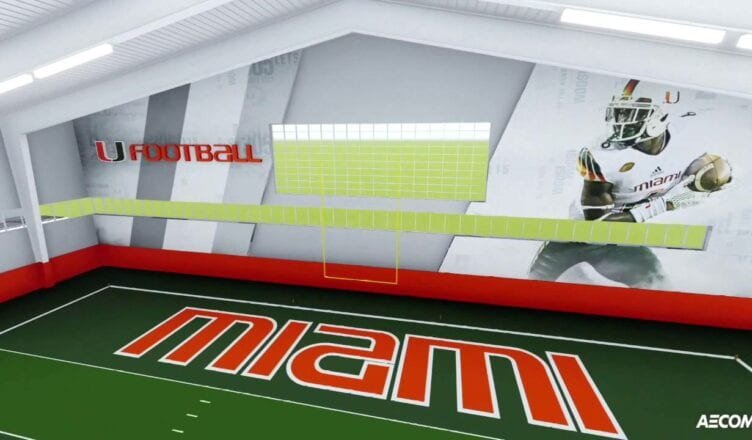 When Manny Diaz (son of former Miami Mayor Manual Diaz) took the head coaching job this past offseason every last Mojito sipping, cigar smoking, Cuban American Miami Hurricanes fan was jumping for joy. He was “Miami” born and bred, this was our guy, this was libre, our football Jesus sent down from heaven in a Guayabera shirt and a Fedora to match.

Before the 2019 season Diaz proclaimed “this is The New Miami’ #TNM and #category20 on Twitter. Then 6-7 happened. It was certainly new: new and worse. After losing the opening week in a nip-and-tuck go either way game to the eventual Orange Bowl champion Florida Gators, optimism and hope remained high. And that’s as high as they achieved.

The Miami Hurricanes finished below .500 and were physically manhandled in their Bowl games loss to Louisiana Tech. The same LA Tech team that ranked 83rd in recruiting with 0 4-star caliber players.

Put in perspective how similar programs have fared over the past five seasons. Oregon averaged the number 16 recruiting class nationally, good for 8 and a half wins per year. They just won the Rose bowl and have a top 5 pick at quarterback. Wisconsin has the 34th best class yet averages 10 wins per season. They lost the Rose bowl with likely the best running back in the country. Oklahoma the 10th best class averages 12 wins per year and are a perennial championship contender year in and out.

Over that same 5 year span the Miami Hurricanes have averaged the 17th best class but can barely muster up 8 wins per year and are 1-12 in their past Bowl Games.

One and twelve. Those are Stugotz numbers.

Why do other schools with equal or lesser talent consistently out-perform the Miami Hurricanes?

The Hurricanes have better players and more donor funded money. Not to mention the best young pop warner and high school football talent comes from the greater South Florida area. That combined with the rich tradition and history our football forefathers left should be enough to at least make Miami competitive right?

Miami’s coaching staff has promise but is largely comprised of young unproven coaches and their facilities couldn’t even sniff a top 20 ranking. Miami is one of seven FBS schools who share a stadium with an NFL team.

Considering there are 131 schools and teams, that’s 5 percent. How the hell is Miami on this list? From the Orange Bowl to a half packed Hard Rock stadium, simply shameful. 17 or 18-year-old kids are filled with potential. Sticks of dynamite that if wound together and lit properly can blow the roof off expectations. They’re also very smart. They look at coaching staffs, facilities, and where their contemporaries are going and build their decisions from there. If the slightest detail is off kilter or doesn’t seem quite right they’ll turn down your program and opt for an environment more conducive for their success.

It’s fair to still believe in Athletic director Blake James and head coach Manny Diaz but they must surround their Hurricanes with better conditions if they want to achieve a high level of success.

Remember it’s all about the U!