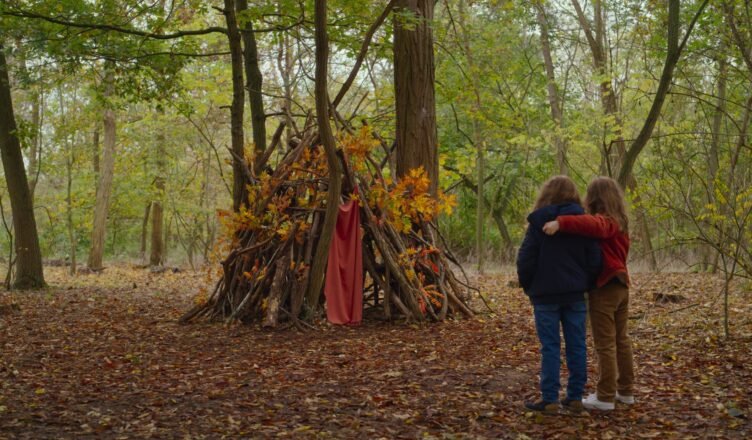 As winter releases its icy grip over South Florida and an airy spring arrives…oh, who am I kidding: As Miami goes from kinda less hot to really hot, we look to the Miami International Film Festival as it makes its annual descent onto the Magic City this time of year.

Yup, the Miami International Film Festival, MIFF for short, is back for its 39th edition. It’s a hybrid event again this year featuring in-person and virtual screenings, and I, personally, plan on getting “MIFFed” by staying home and watching what I can on my computer, but that’s probably because, at this point, I’m more of an increasingly agoraphobic lout than someone making a sort of pandemic statement.

The festival runs from March 4th through to March 13th where over 120 films from over 35 countries (though the focus is still on contributions from South America and the Caribbean) will be screened virtually and in person at MDC’s Tower Theater Miami, Downtown’s Silverspot Cinema, and the Adrienne Arsht Center for the Performing Arts (Knight Concert Hall).

I gotta admit, watching a movie at the Arsht, our fancy with a capital Q concert hall, is an exciting prospect, especially if you can get box seats.

What follows is a brief overview of some of the interesting titles (well, interesting to me at least) that will be featured this year.

Seemingly, most of the movies being screened come in one of two flavors: dramas or black comedies. Seriously, check out the film summaries on the MIFF website and take a shot of your favorite alcoholic aperitif every time you come across the words “emotional drama” or “searing black comedy” and see if you can recite the alphabet by the time you reach the end of the page.

I’m exaggerating, of course, but I still insist that the festival should consider adding a midnight screening category that focuses on genre films. Miami has a ton of genre fans, so why not throw us a bone with some anime, action, horror, or even better, an amalgamation of the three, here and there?

Still, whether MIFF wants to reach out to our inner geeks or not, they have a plethora of interesting titles, as always, and what’s especially cool this year is just how many of those titles are directed by women.

I have one word for you: Portrait of a Lady on Fire.

Director Celine Sciamma’s searing romantic drama from 2019 is nigh unforgettable. After that movie, I’d watch anything she’s got coming out…which happens to be Petite Maman. In some ways this new film is very different from her last production: It’s set in modern times, infused with a magical realism slant, and reeeeaaaally short, a scant hour and twelve minutes long. On the other hand, it’s not that different. It’s still basically a two-hander that focuses on a relationship between two female characters. This one is about familial love instead of a romantic one, though, and it manages to pack quite the emotional wallop in its scant running time. One wishes Matt Reeves, director of the painfully overlong The Batman (also releasing this weekend), would take notes. Either way, I highly recommend it. You’ll be in and out of the theater in no time and still have time to talk about the movie at length (and trust me, there’s a lot to talk about) over a Cafecito before the sun even sets on our beautiful city.

This is one of those “biting black comedies” I mentioned earlier, and it stars Javier Bardem who, c’mon, is just a friggin’ great actor. He could eat Reese’s Peanut Butter Cups and still be riveting (can you tell I’m writing this at lunch time?). Remember when he was in Dune for, like, two minutes or something? Of course you do. He’s that memorable. And, well, here you can watch him actually star in a movie, a movie that was nominated for a record (according to the MIFF website) 20 Goya Awards, which is like the Spanish equivalent of the Academy Awards, so that means…probably nothing, but it sounds good in a blurb like this one. I’m planning to check it out.

This is Zhang Yimou’s latest endeavor. The Chinese director who brought us gorgeous martial arts spectacles like Hero and House of the Flying Daggers is also known for his straight up dramas like Raise the Red Lantern. No matter what genre he traffics in, though, you know the movie’s going to look good. One Second is no exception. This is one of his smaller scale dramas, but it still makes space for grand desert scenery. The movie is a kind of riff on The Bicycle Thief (though it definitely doesn’t share that classic’s neo-realist bent), with its main character spending much of the movie chasing after a stolen film reel. There are also, I think, allusions to F.W. Murnau’s silent classic, The Last Laugh. Like that movie this one also has a seemingly tacked on ending that contradicts what came only a few moments before. I suspect government interference here, though maybe Yimou is using his country’s restrictive censorship laws to have his cake and eat it too and slip in a clever reference? Clever tacked on ending or not, this is still a captivating ode to film and the captured image. But it’ll be more powerful if you leave the theater when the title card with “Two Years Later…” comes up.

A controversial pick for me since I kinda hated this movie. The thing is, I didn’t hate it because it’s bad. I hated it for being exactly what it wanted to be. And I suspect director Diana Cardozo accomplishes exactly what she set out to do. It just intersected with me when I was suffering a big case of the feels and that volatile cocktail of movie and emotions left me in a seriously shitty mood after it ended. This is a meandering slice of life film that focuses just as much time on the banal and everyday as it does on drama. It’s transporting in its nonchalant specificity, though you may not want to go where it takes you. Within its rambling narrative, the movie exhibits many indie stereotypes: Lots of handheld camera, sparse soundtrack, depressing story. But once it comes together it paints a compelling portrait of a child growing up in destitution. It’s just, it’s one of those movies that shows you a puppy early on, and well, yeah, it does exactly what you think it will with that puppy. So screw this movie. But still, go see it, it’s pretty good.

And I’m going to stop there. This is just a small taste the Miami International Film Festival has to offer. I didn’t even get to the special retrospective presentation of A Raisin in the Sun in honor of Sidney Poitier or the numerous panels and roundtables that will be held during the festival. There’s something for everyone to enjoy.