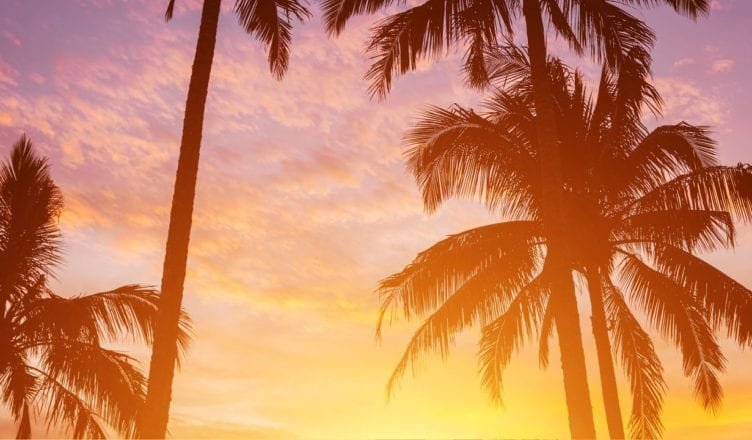 I used to think San Francisco was heaven-on-earth — the natural beauty, weather, mentality and politics, but now I feel with all my heart and mind the best city in America is Miami.

And I’m not alone.

The national psyche is fascinated with Miami. We’re a major media market in the U.S., ranked 16th in television and 11th in radio. But when it comes to the national media’s interest, Miami often feels more like number three, behind Los Angeles and New York, obviously. The news coming out of South Florida is consistently fascinating (albeit not always good). We have a multicultural, Latin-infused culture, natural beauty, a billion dollar film and fashion industry, the Miami Heat, Art Basel, and our tourism, of course.

Because of these things, the country is more interested in Miami than in bigger media markets such as Detroit, Philadelphia, Houston, Dallas, Phoenix, and maybe even Chicago.

And not only is there interest in Miami, our city is better than all the rest.

People in Chicago are awesome — but their winters are truly unbearable.

San Francisco is beautiful, but the people are too liberal — they don’t grow up.

You can keep New York. I grew up in New York City. My parents are old school New Yorkers who lived a well-rounded and culturally active life in New York — I know that city, it’s in my blood — I say keep it. Yes. Granted, it’s the cultural and financial capital of the world. Of course New York is filled with swagger, but, at the end of the day, you can keep it. New York is dirty, overcrowded and expensive. New Yorkers may be real and straightforward, but they’re also mean and miserable at times. NY’s a passive-aggressive city and its pace is way too fast — not to mention New Yorkers are filled with entitlement.

You can keep Los Angeles too. Sure L.A. is a Mecca for the arts and entertainment industries; it’s California and filled with beauty — but it’s also miserable and fake and dirty. The air is so polluted in L.A. you can’t stay outside for an extended period of time without acquiring a sore throat. This summer we visited Universal Studios and by the end of the day I couldn’t swallow. You can literally taste the air in Los Angeles. Not to mention the traffic. You can’t drive in L.A. unless it’s from 11 a.m. to 2 p.m. and then after 8 p.m. The traffic in that city is truly a game-changing, lifestyle cluster — and you can keep it.

And then there’s Miami.

Miami Is the Best City in America

Miami is younger than it appears. We are falsely branded with a reputation that is stale and outdated. In the Fifties, we were defined as a fun-in-the-sun vacation destination. Look at movies of that era set in Miami: A Hole in the Head, Some Like It Hot, Moon Over Miami — all involve plots set at Florida hotels.

Then we developed an immigrant and refugee culture, and became a natural hub for drugs entering into the U.S. from Latin and Central America. We transformed into a chaotic, disorganized, dysfunctional and corrupt banana republic. Look at movies like Scarface and Cocaine Cowboys or a television show like Miami Vice — all indicators of this fun-in-the-sun dysfunctional place of decadence, shallow materialism and greed.

This is a stale and unfair reputation. We’re beyond it.

Listen. We are not perfect. Our politicians tend to be corrupt. We constantly illustrate how weird and disorganized we are on a national level (see the 2000 presidential recount, Elian Gonzalez, the face-eating zombie attack, even Trayvon).

The problem is you have every major media giant in this city perpetuating this look-at-how-weird-and-corrupt-Miami-is platform. Dave Barry, Carl Hiaasen, Brad Meltzer, Billy Corben and Leonard Pitts are commentators who walk-a-tight-rope between keeping-Miami-honest and perpetuating negativity.

This also goes for all journalists, reporters, television and radio broadcasters.

I moved here in 1992 and remember feeling I lived in a cultural wasteland.

Miami today is going through a cultural Renaissance. Bless organizations like the Knight Foundation that pour millions of dollars (money built off the Miami Herald empire) into our arts and cultural communities. Thank goodness we have Art Basel, the Miami Book Fair, the Miami Film Festival, Second Saturdays in Wynwood, Third Fridays in Little Haiti, the New World Symphony, the Arsht Center and so much more we didn’t have 20 years ago. Plus, we’re building a huge museum-complex downtown, similar to Chicago’s Museum Park. We’re building multi-billion dollar convention centers on the beach and downtown. We’re growing into our identity. Miami is a relatively young baby, culturally.

Yet there’s so much going on — almost every week there’s a world-class event.

Yes we shoot ourselves in the foot, a lot — but is there not corruption and crime everywhere? Maybe if we highlight the positives, we will transform into what we say. Ever hear of the Laws of Attraction? It makes me angry that outsiders look at Miami and see us through this stale reputation. It angers me more when we perpetuate it.

Miami is the best city in the country. Our beaches are beautiful and pristine. The climate is amazing. Our multicultural identity extremely rich and rewarding. The culture is becoming. This city is easy to navigate. We’re not that big or crowded. We’re separated by one-degree and that creates intimacy. There’s so much more too: our foodie vibe; our physical beauty and sexiness; our basketball team; the nuances we’ve created in different neighborhoods; the cost-of-living; I could go on and on and on.

Let’s keep this city honest, for sure. There are problems with poverty, education, corruption and crime. But every major city has these issues also. Let’s highlight the positive. Let’s grow into ourselves, together. Don’t ever let anyone outside of Miami try to define us.

We know who we are! And we know what we have!!