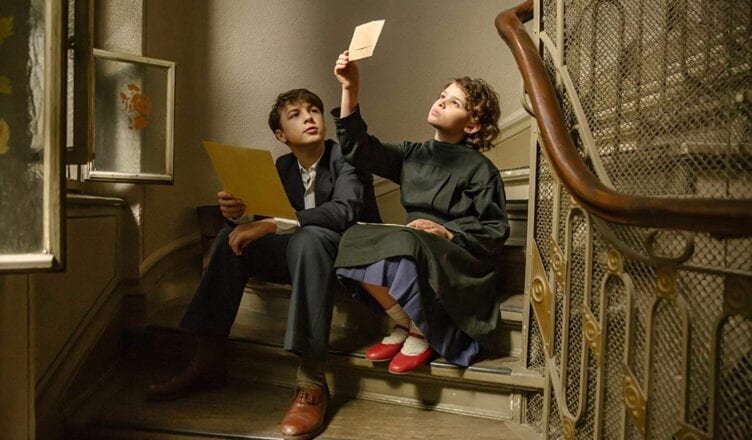 The 23rd Annual Miami Jewish Film Festival announced their 2020 line-up. The festival will be held January 9-23 and will feature over 100 movies from 25 different countries which allows it to bill itself as “the largest Jewish film program in the world”.  This year will have six world premieres including two films made in Miami, five Oscar entries, remastered classics from Jewish filmmakers like The Shining and Casablanca, and flicks starring old favorites like Billy Crystal, Harvey Keitel, and Angelica Huston. To get a feel for what audiences can expect from Miami Jewish Film Festival we spoke to its director Igor Shteyrenberg.

How are the films for the festival picked?

Igor Shteyrenberg: We go through an extensive selection process which includes online submissions, attending international festivals, networking with the film industry, as well as receiving referrals from producers and filmmakers.  Generally, the Festival programming team will screen more than 2,000 films each year. It is always a tense and difficult process, as every film has an important message to share and a unique experience to offer. We value each film and review every film submission. This year we will be premiering an unprecedented 107 films from 25 countries and featuring more than 50 international guests.

What makes a movie eligible? Does Judaism have to be the subject matter or does a movie just being made by Jewish filmmakers allow it to qualify?

Broadly speaking, the film has to have some inherent Jewish value. We try to stretch the concept as much as possible, as we believe there are times that a film that’s not overtly Jewish can just as well offer itself in a powerful education capacity. We look at such instances on a case by case basis, but will always favor Jewish and Israeli films in our programming process.

What are some highlights for 2020?

Every film selected this year presents a fascinating story worthy of discovery. With that said, we are always excited to celebrate local films and this year have two poignant stories receiving their world premieres at MJFF. These include our opening night film, Saul & Ruby, To Life!, as well as the documentary Names, Not Numbers. In each of their respective ways, both films present inspiring revelations about our community. We can’t wait for our audience to experience these stories and for the rest of the world to discover them.

We are also thrilled to host two centennial celebrations of classic silent films, The Cabinet of Dr. Caligari (Coral Gables Art Cinema) and The Golem (Braman Miller Center in the University of Miami Campus). Both film events will feature the premiere of their new restorations and will be accompanied by newly commissioned live scores performed by local artists.

We are just as excited to present for the first time in the Festival’s history a Spotlight on Ibero-American Cinema featuring films from Argentina, Brazil, and Spain. These are films that will be receiving their international and North American premieres, so our South Florida audience will be the very first to see these incredible films outside of their home countries.

What have your favorite moments been at previous editions of Miami Jewish Film Festival?

What we most look forward to every year, at each new Festival edition, is the opportunity of finally meeting all the filmmakers, producers, and stars who we have been talking, planning, and working with all year. Who we have gotten to know and become such good friends with. It’s an incredible feeling to be able to bring to life a vision and hope we shared together and see it come to life as we dreamed it and celebrated by a community of film lovers.
But what we are even more proud of is when we can facilitate these films and filmmakers’ discovery by a US distributor. Over the last seven years, the Festival has become an important market for the discovery of Jewish and Israeli cinema. In this short time span, we have experienced a tremendous increase in films being acquired directly from the Festival for US release, these include films such as The Last Resort (USA, 2018), Leona (Mexico, 2019), 1945 (Hungary, 2017), In Search of Israeli Cuisine (USA, 2016), and The Last Mentsch (Germany, 2015), among many others.
Liked it? Take a second to support The Jitney on Patreon! The Jitney needs gas. Please donate or become a Patron here