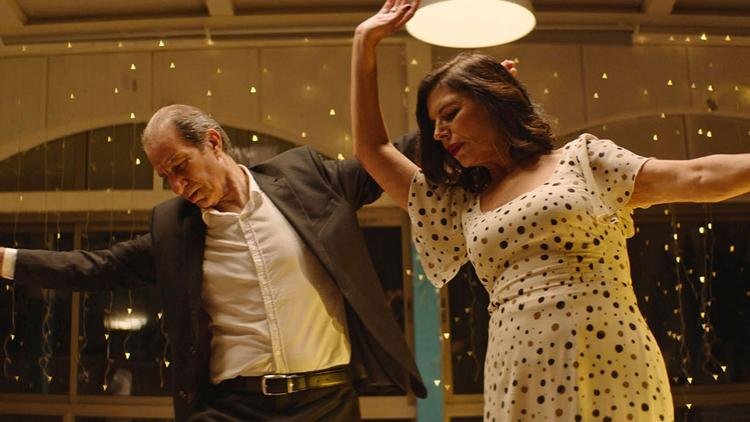 The Miami Jewish Film Festival  announced their 2023 line-up. This year’s festival will be held January 12 – January 26. It will screen 88 feature films along with 17 different shorts. In person screenings will be held all over South Florida including at O Cinema South Beach, Coral Gables Art Cinema, Miami Theater Center, and Miami Beach Bandshell. There will also be virtual screenings with over 60 films available to stream at home.

Some of the highlights include the opening night film Karaoke. This will screen at 7 pm, Thursday January 12, at The Bandshell. It was nominated for 13 Israeli Academy Awards.  Karaoke is described as “a bittersweet comedy about a married, middle-class, suburban couple. They are drawn to their new neighbor, a charismatic bachelor from Miami who holds karaoke evenings at his apartment.” Director Moshe Rosenthal and actor Sasson Gabay will be in attendance to introduce the film and participate in a Q&A afterward.

The closing night film will be held also at the Bandshell at 7:30 pm on Thursday, January 26. My Neighbor Adolf is billed as a comedy about “a Polish Holocaust survivor living in South America. He suspects that the belligerent German who has just moved in next door must be none other than the Führer himself.”

In an effort to bring live music and movies together on stage, the festival will host several live performances. According to the Festival “there will be an acoustic session by Ivan Kadey for the documentary This Is National Wake. About the wild rise of a South African punk band that defied apartheid. The festival will also feature a performance of music composed by Holocaust survivor and musician Leo Spellman at the US premiere of The Rhapsody. Adocumentary that captures his incredible journey when his long-lost musical masterpiece is found.”