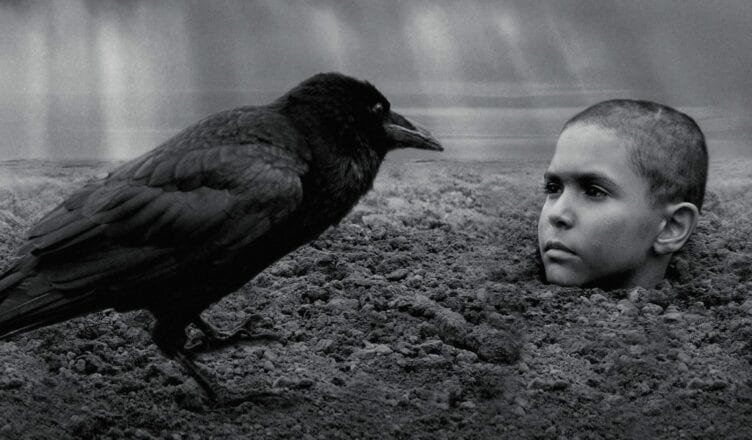 The 2020 Miami Jewish Film Festival wrapped up last night. After screening 100 films over two weeks a few of the movies were singled out for celebration. Here’s the list of awards…

Audience Award for Best Narrative Film: My Name Is Sara

As a member of the critic’s jury that selected The Painted Bird as best movie, I watched seven of the festival’s flicks. Below are my unsolicited thoughts on those movies.

Shot in black & white with graphic sex and violence, subtitled in foreign languages, and with a running time of nearly three hours, The Painted Bird is not accessible to everyone. But if you nodded your head when Martin Scorsese chastised Marvel movies for not being cinema, see this on the big screen when you have a chance. This is a special movie. Beautifully photographed it follows the misadventures of a young boy dealing with the horrors of World War 2. The protagonist finds himself in absurdly awful situations that will make you squirm. One part Bergman, another part Faces of Death, The Painted Bird is chock full of images  that will sear into your consciousness permanently and make you ask, how can I stand by when others are being persecuted?

There was some good acting and impressive production design in this Hungarian movie, but the storytelling was deeply flawed. The movie doesn’t judge the strange central relationship between a teenage girl Holocaust survivor and her gynecologist. At an hour and twenty minutes  (though it felt longer), they didn’t have enough time to justify this Lolita-esque scenario. What time they did have was spent with episodic scenes that never climaxed into anything significant or thought provoking.

This was a low key charmer about a 70 year old Israeli facing his mortality. Kind of like an About Schmidt in Hebrew. Nothing incredibly big happens, instead there were a lot of small, humorous scenes that add up to poignancy. One scene in particular stands out when the protagonist is interviewed by his grandson for a school project and it dawns on him that he has a whole lot more past behind him, than future in front of him.

I’m as much a fan of black & white movies as anyone (see my above glowing thoughts on The Painted Bird), but no amount of shades of gray will save a clumsy script.  This is a fictional recounting of the Hungarian director Michael Curtiz filming the classic 1942 movie Casablanca. The problems start with the characters all being cliches from the mugging comic relief screenwriters to the mean as a junkyard dog wife.  If you have a hankering for Humphrey Bogart or to spend some time in a non-colorized world, save yourself the boredom and rewatch Casablanca instead.

If Joker was half the movie of Incitement, the DC comic book adaptation would be worthy of all its awards. There are some eerie parallels between the two films, both follow undersexed, frustrated young man who live with their parents and gain notoriety by assassinating a famous person. Incitement does it without pretension or Batman Easter eggs as it recounts the months before Yigal Amir assassinated Israeli Prime Minister Yitzhak Rabin.  Shot similarly to Paul Greengrass reenactment  movies like 22 July or Bloody Sunday,  it depicts an Israel of 1995 that had very similar political rhetoric as 2020 America.

God of the Piano

This Israeli movie had an interesting inciting incident where after a mother learns her child is deaf, she decides to take home a different baby from the hospital. But that’s as interesting as it gets as God of the Piano devolves into half baked melodrama. Nothing rings true with this movie as the underdeveloped characters meander through a(thankfully brief) eighty minute running time without any interesting consequences for their actions.

This documentary features Saul Dreier and Ruby Sosnowicz, two 90+ year old South Florida holocaust survivors who decided to form their own klezmer band. The movie follows the act over two and a half years as they eventually perform in their birthplace of Poland to perform songs of love and happiness on a continent they had to flee from the previous century. Both touching and schmaltzy, it’s hard to stay dry eyed watching this.