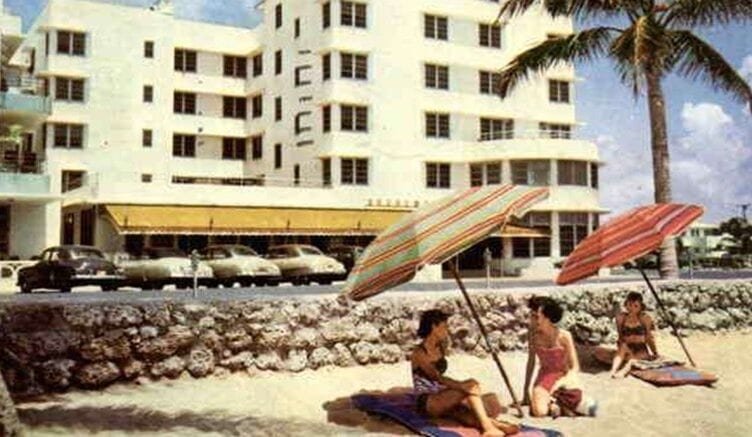 In its most ambitious production yet, North Beach compartmentalizes eighteen different characters into four unique story-lines.

The show starts at the Broadmoor Hotel. Upon check in, you’re given a free drink (vodka or Perrier). You chill in the lobby and wait. An actor eventually enters (Alex Alvarez) declaring himself a filmmaker in the midst of producing a movie called North Beach. The audience is anointed as extras and assistants in the movie. Thus the immersive experience begins.

The audience is then divided into four groups and lead half-a-block down the street to an abandoned re-imagined hotel.

North Beach is four different plays spread across a two-story hotel using over twenty rooms and about thirty cast members.

You experience one of the plays.

From talking to several theater-goers, all story-lines shine.

Playwright Juan C. Sanchez is arguably Miami’s most prolific working literary writer across any genre, like it’s his time and he is shining. In North Beach, Sanchez essentially creates thirteen one-act plays, as well as the connective tissue story-line of the movie in production.

The plays range in time period, plot, nuance, and genre, but they have one thing in common, North  Beach history. From 2018’s “Squatters” to creepy 1997’s “Andrew Cunanan” to 1991’s “Thieves” to 1969’s “Mob Guy” Sanchez winks at the neighborhood’s criminal underbelly.

From a domestic worker to a shoemaker to a gay Hasidic Jew, Sanchez nods at the displaced and misunderstood in popular culture. He, like Teo Castellanos in NE 2nd Avenue, tells the stories of those whose stories are usually not told, and he tells them very, very well.

North Beach is the fourth edition of Miami Motel Stories –we covered them all –the first in Little Havana, then Midtown Miami on Biscayne Boulevard and the rushed Wynwood Stories at now the defunct Wynwood Yard.

In our opinion, North Beach is the best thus far.

Tickets can be found here.