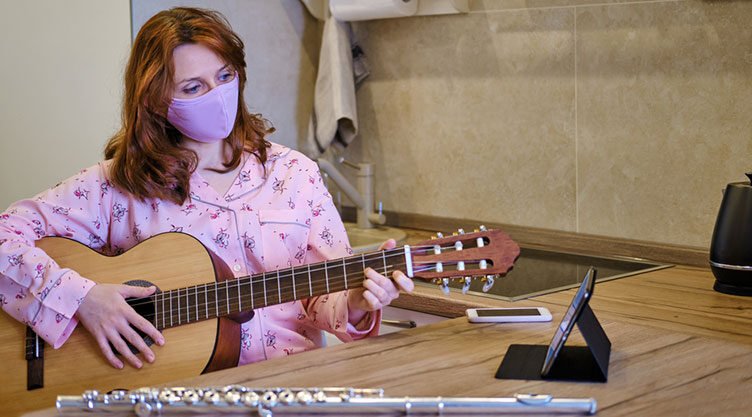 But thanks to Thomas Edison and his inventor descendants, musicians can record their music for us to hear any place with access to WiFi. Because usually such recordings are celebrated with a live performance, we wanted to give some extra love to music released by Miami musicians that got short shrifted by COVID-19.  Here’s a list of Miami music you might have missed because it was released during quarantine.

Ex Norwegian put out not one, but two new albums. Hue Spotting is all original compositions with a psychedelic vibe while Spotting Hues are cover songs by obscure psychedelic bands.

Released in May “Terrarium” channels The Gorillaz with a whimsical beat meshing with serious lyrics reflecting on helplessness in the face of global warming.

The full EP comes out June 30 from the former frontman of Krisp. For now you will have to content yourself  with this peppy title track.

The funk quartet put their distinctive spin on the Lady Gaga classic in this fun video. If you’re a fan of this Xotic Yeyo will have another original song out in the beginning of July.

How is it possible that retro synths still sound so futuristic? Airhockey explore that question with this new song.

The Homestead rockers went for a more bedroom pop sound on their newest nine track album that came out in February.