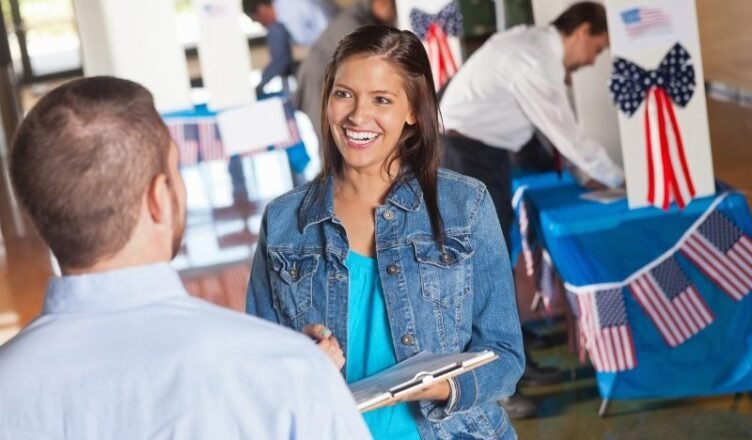 It’s happening all across Miami-Dade County.

Citizens are voting for the first time in their lives. They arrive at the poll confused. Inform the Miami poll workers “this is my first time voting. What do I do?” The poll workers then yell, “we have a first-time voter!” And what happens? The precinct breaks out in applause. Cheers and clapping.

It’s the coolest choir for Democracy. It’s not legal to record inside a poll-station so we don’t have any video but it’s happening.

If from Miami, maybe you’ve experienced it.

This is not a normal occurrence in America

I’ve voted in every election since 1994 and never experienced this in cities I’ve lived, like New York, Tucson, AZ, San Francisco, Ft. Lauderdale, Coral Springs, or even in Downtown Miami. But in South Miami, it happened this year, twice while voting. Several college students in my classes also testified that the same experience occurred.

How cool is that?

Is it because Miamians are loud? One almost expects the poll workers to whip out pots and pans, a local custom when the city celebrates? Or is it because Latino’s appreciate the value of having the freedom to express themselves at the polls?

Probably a little bit of both.

Miami is one of the richest cities in America

Miami is rich in wealth, an abundance of sunshine and, on the shallower end, plenty of material beauty. The city is rich in diversity and culture, running the gamut as a gateway into the Americas and Caribbean.

Miami is also filled with the riches of freedom as percentage-wise, a large portion of its population is composed of first generation Americans. In other words, much of Miami’s 3 plus million residents were not born in the United States.

As a result, during major Elections, like this year, you have many, many relatively new citizens who have never voted in the United States. Many of these new Americans have immigrated from countries where you can not vote, like Cuba. Correction, you can vote in Cuba but there is only one political party: Communist.  Or countries where voting is untrustworthy, like Venezuela, where “mysterious” fires burned thousands of voting machines in its last election.

Listening to poll workers applaud your right to vote, whatever the reason, is pretty damn cool. So, if you haven’t already, experience it yourself and vote!