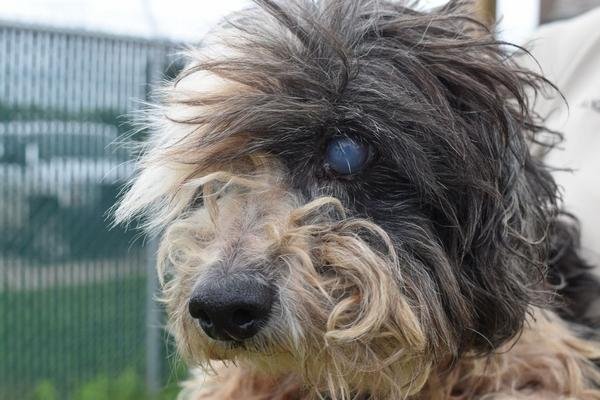 It’s hard out here in these streets, especially on days like today. Dog days of summer, y’all, already. It’s been weeks since shit went down.

We were rolling in Little Haiti — the three of us — me,  Jackie and our dawg Victor.  NW Second Avenue and the 50s, roaming the blocks, just chillin’ — doin’ what we do.

Streets all empty lately. Don’t know why. It’s like people just up and bounced. And that’s cool. We were chillin. Just a few chickens.

Some dog-pounding Jake rolled up on us like what. Out of nowhere, two of them. We split, ran like the wind. They shot my dawg with a tranquilizer and he fell against the curb like dice in a craps game.

My dawg Vic big too, a pit mix.

I wanted to help, but then I seen Jake roll up on my girl and I was like nah, that ain’t happening. I’m small but I got heart and teeth bitch.

So I turned to the dog catcher.

But then the other Jake busted some caps on me and my dog-eat-dog instincts kicked in fast and I just started running.

I ain’t even look back. I’m saying…these streets. At the end of the day, you need to look out for yourself. That’s just the way it is. We lose peeps all the time — some straight up get run-over; some adopted, right off the street. Shit. Most locked up. Dang. We’ve all been locked up. Many find homes yet wind up back on the streets anyhow.

But this time’s different; something happened inside County.

Heard like all the kennels empty. Some rumors wandering around saying all the Miami rescue dog adopted by nice people living in high rises near the water. For real? Like I’m supposed to believe that?

Then where they at yo?

Why ain’t they in the parks? Why ain’t anyone in these streets?

Man. I know, what happened dawg. A distemper broke-out spread like Contagion and those motherfuckers at County put every dog down.

That’s how they do.

I’m supposed to believe like magic all the Miami rescue dogs been adopted? Like Jackie, five years old, scruffy as fuck, is living in some high rise?  Please.

I’m trying to be strong but under this nappy fur I’m itchin. God can’t be this cruel. I miss my girl so much. She was gonna drop our first litter. And I ain’t like these other dawgs running from bitch to bitch dropping shorties all around town. That ain’t me. I’m loyal.

I don’t know — this ain’t right. I understand shit changes, dawgs change, mentalities change. But what the fuck comes next?

Been kicking it the last week with some homeless dude in Wynwood near the shelter — it’s easier to get food with a human — but this motherfucker is mean. He kicks me and yells too.

I only stay cause I’m hungry and lonely.

I don’t even see the point anymore. Ain’t no God. No justice. Ain’t nothing but that I 95 in the western background of the streets.

And I’ve been looking at that highway too much lately.

editor’s note — it has been confirmed that both Jax & Vic were indeed adopted and are living comfortably in condo’s near Edgewater, Miami.