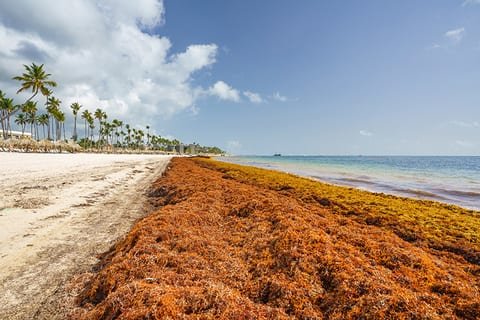 This is a column we call “Eva explains why the world is going to poop and you need to see coral reefs today or never again.”

Okay, so, why does the beach look like Snuffleupagus melted in the sun?

Eva: It’s partly because of humans pumping too many nutrients (poop) into the ocean which causes algal blooms that are wayyyy too big. Then, it gets washed up like this. When it decomposes, it’s bad for the water. But some of it is good at the beach. Animals live in it, you can see them jumping.

I don’t know. It’s keeping a lot of us out of the ocean. It looks so NASTY and it smells too. How does it go away?

Well, normally it would decompose. But in Florida the city comes in the early hours and scoops it out. Actually, they grind it into the sand, at least normally.

Does the wind have something to do with it? Last week the beach was crystal clear.

Yes, for sure. Also, tides and currents.

But where does it go when not here?

Do you know what the Sargasso Sea is?

Basically it’s this seaweed that’s floating in the ocean. That’s also most of what is washed up there. Unfortunately, those islands of seaweed are now more like… Trash islands plus some seaweed. Because floaty things tend to end up in the same locations after a while.

So the Sargasso Sea is everywhere?

No. But it is close to Miami. Also, it’s natural. But the algal blooms are caused by humans. There’s always free floating algae in the ocean and it collects where there is a gyre. So like in a pool with a current, when you have an area that is in a spot where the current kind of spirals, that’s where all the floaty things collect.

So this is life now?

If it’s caused by humans let’s hope we will learn not to just let super nutrient-rich water, e.g. from Lake Okeechobee, go into the ocean. It’ll go away again, don’t worry.

Yeah, partly. Read this article. It confirms everything I said.

This article calls the seaweed a “gift from god” and “natural” and makes no reference of it being caused by man or super nutrients.

Okay, so to sum up.  It’s a recent problem that it washes up in too large quantities and when it decomposes on the beach it can smell bad. Also coral reefs need sunlight and if a huge cloud of algae float over it, they have a problem. I don’t think there is one definite reason for this happening. But it’s likely to do with currents, winds, nutrients being added when they shouldn’t be (poop, agricultural fertilizers).

So, we’re not screwed?

I think we’re all screwed. Especially Florida is one of the first to be hard-hit by climate change. But humanity is not going to have to worry too much about some seaweed. It might not smell the best and nobody enjoys touching it too much, but it’s nothing to be grossed out about. It’s like a microcosmos of life. And if you look closely, so much cool stuff goes on in seaweed. Baby turtles, fish larvae, crabs, anything that needs a place to hide, seaweed is 10/10!

This helps, Eva. Thank you. We feel better. Kind of. 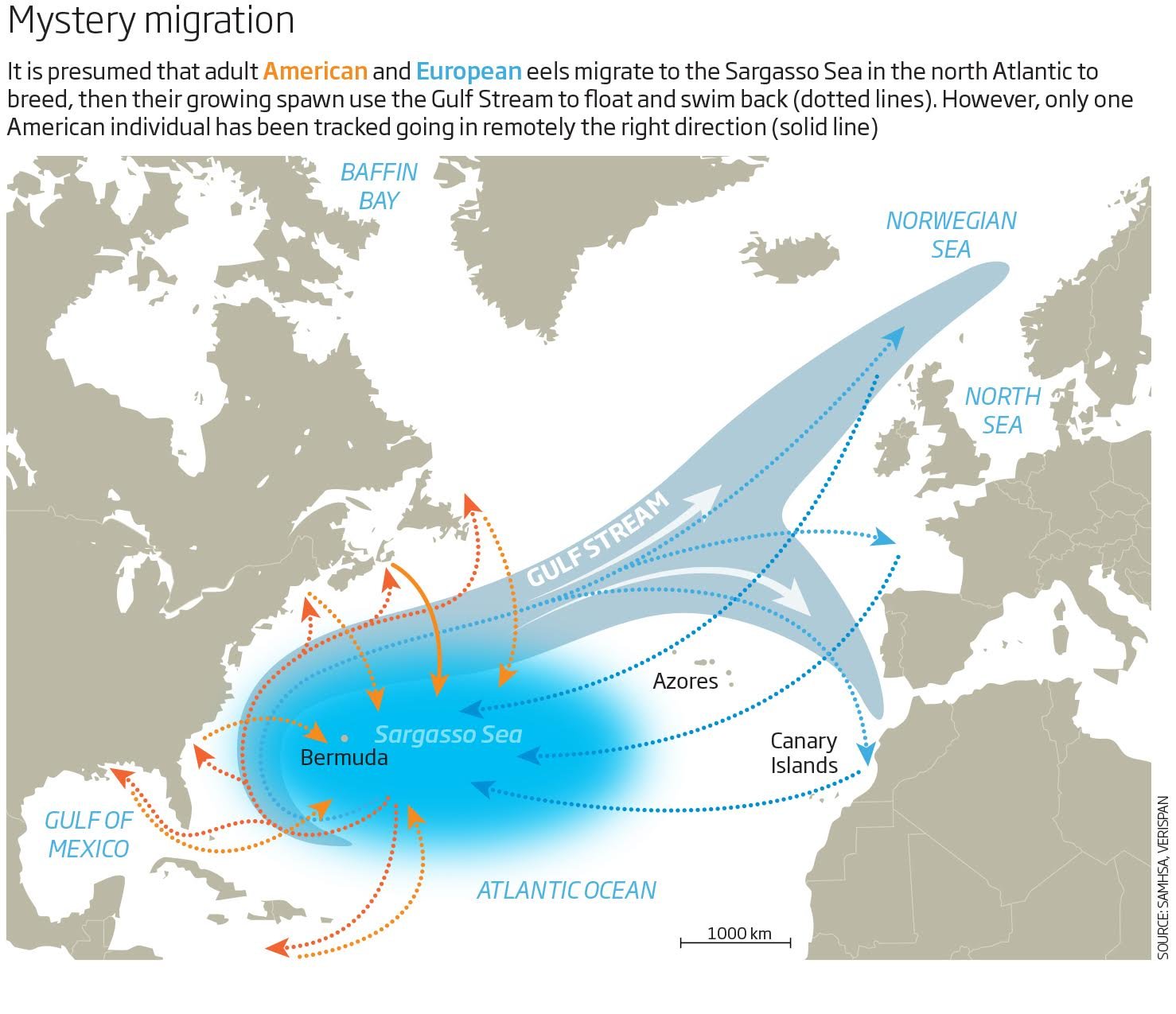 View all posts by Eva Paulus →