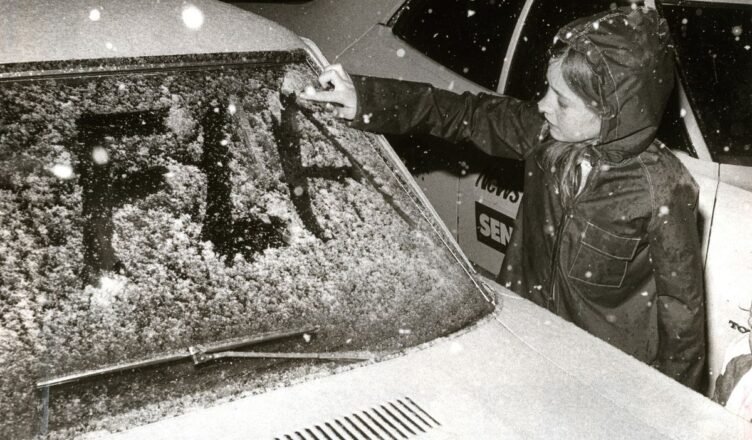 As the weather becomes unbearable in South Florida people take refuge in a variety of ways.  Some dive into the ocean, others take a dip in a pool.  Then there are those that crank their air conditioning down to subzero temperatures. I look for relief in the dusty archives of history, where believe it or not, you can discover it once snowed in Miami.

South Florida’s weather has been recorded consistently  since 1899. In that 122 year span there has only been one instance of snow.

It took place on January 19, 1977. On a Wednesday morning from 8 to 9:30 a.m. snow flurries of up to a quarter of an inch fell on Miami Beach, Homestead, and even out in the ocean in The Bahamas.

A combination of record low temperatures (it plunged to 25 degrees at the Miami airport) and an impeccably timed weather system combined for the perfect circumstances for a once in a century Miami winter wonderland.  Remarkably not a single fatality was reported in South Florida due to the abnormal weather. The freeze did mess up  our agriculture. Oranges after all were not meant to grow in freezing temperatures.


The snow happened a year before I was born. But I remember my grandmother telling me stories about it. She just clocked in for work at a JC Penney’s in Broward when everyone went nuts. My grandmother had just relocated from Chicago.  She’d lived through fifty plus years of hard winters,  so didn’t ever want to see snow again. But coworkers dragged her outside anyway. The memory stuck with her in how all these native Floridians were reacting to the snow like they just saw aliens landing.

Right now with the temperature rising and the “feels like” metric nearing triple digits it can sometimes feel a close encounter with ET would be more likely than snow falling in Miami.