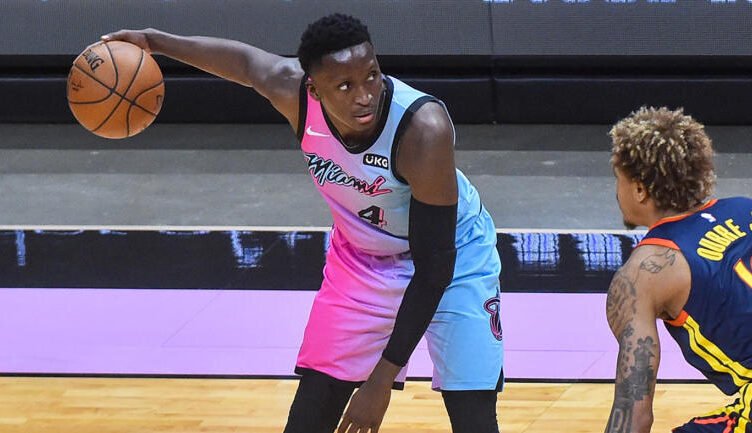 Sports teams often model the personality of the citizens living in their cities. Slow paced towns typically have conservative teams while busy port cities prefer a high energy and progressive style. Miami is no different. Over the last couple weeks both the Heat and Dolphins have made significant trades. After considering their’ situations and future prospects, it is safe to say both teams improved their current and future rosters.

The Dolphins moved back from their original third overall pick to the 6-position acquiring an extra first round pick for their troubles. The immediate reception was positive and for good reason. Miami continues to flip assets for more favorable ones in the future giving themselves new opportunities every year. Going from 3 to 6 still leaves ample opportunity to select a dynamic playmaker to help Tua Tagovailoa. Remember the Dolphins still own the number 18 pick and several in the second and third rounds. It’s amazing the job Brian Flores and GM Chris Grier have done in building this team from the ground up. Every move, though controversial, has been in the best interest of the team and more importantly its future. The Miami Dolphins finally have cerebral and objective thinkers leading the organization, a far cry from the Cam Cameron and Joe Philbin days.

The Miami Heat also made several moves at the deadline highlighted by Victor Oladipo. Oladipo is a good player, great teammate and has a tremendous work ethic. Luckily, Miami did not have to trade Tyler Herro or Duncan Robinson, and they moved Kelly Olynyk and Meyers Leonard so Miami’s in definite need of a big front-court player. Those losses pale in comparison to the addition of Oladipo. Paired with Jimmy and Bam as well as Trevor Ariza, Miami’s back court perimeter defense is one of the best in the league. I believe Miami is the second best team in the Eastern Conference behind the Brooklyn Nets and with some luck can easily push that series to a seventh game. Pat Riley is called the Godfather for a reason. It’s not a façade or some general nickname, Riley actually lives up to his pristine reputation. Oladipo wanted to play in Miami for Pat Riley, and if you were to secretly ask many other NBA players, they would say the same thing.

One important detail to consider is how the Dolphins appear to be mimicking their friends on Biscayne Boulevard. The Dolphins have a clear and concise forward-thinking plan very similar to that of the Heat. Whether these decisions work out in each organization favor remains to be seen, but the direction is promising and that’s all you can hope for.