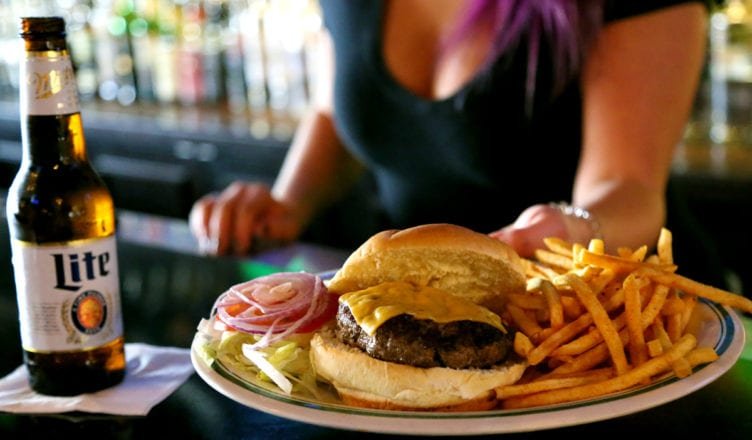 There are historic bars in Miami, most of which are no longer here, like Tobacco Road, Jimbo’s out on Virginia Key, the 1800 Club. And there are the bar’s still breathing even if their owner’s are not, like Mac’s Club Deuce on the Beach and Taurus in the Grove. And then there is a bar in a class of its own: Mike’s at the Venetia.

Nestled on the 9th floor of a gaudy condo right off the Venetian Causeway lies one of Miami’s best and most random secrets: a mom-and-pop Irish bar. Here you will find cheap drinks, surprisingly delicious food, and all the simple amenities one needs from a bar: a pool table, jukebox, a cranky but relatable staff, readily available, television’s galore, a patio to smoke, and to be put bluntly, an authentic atmosphere.

Mike’s at the Venetia Grows Alongside Miami.

For its first twenty-five years, Mike’s was directly across the street from the defunct Miami Herald building until journalism died and was exiled to Doral. But, and this is no trade secret, writers like to drink. And there was no bar home to more writers in Miami. Herald editors and writers and staff all around loved Mike’s. It was a place to blow off steam. A place to conduct meetings and interviews with politico’s and hanger-on’s.

Too many stories told in those hallowed walls and sacred booths.

Too many ghosts haunt those slow-moving elevators. Too many secrets for any city to hide.

Add in the marina directly behind the building and there is always a steady crew of castaways at Mike’s. Salt Life, mixed in with the natural tourism of the area. The bar peppered with hipsters, yuppies, freaks, reprobates and in general, Miami’s finest.

During the glory years of Miami Heat basketball (2011-2015) when LeBron James was in town there was no better place to watch a Heat Playoff game than Mike’s, just blocks from the arena. In fact, the referees from the games would head over to Mike’s after the games.

Mike’s, quite simply, is truly in a league of its own.

St. Patrick’s Day happens to be the bar’s birthday.

This year will be their thirtieth.

This year they are celebrating St. Patrick’s Day all weekend from March 15 to the 17th.

Stop by and wish them a happy birthday.

And wish them thirty more.