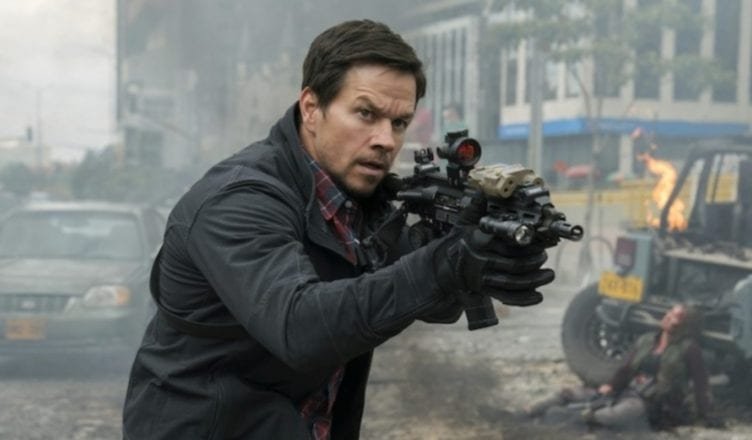 Fast paced and action packed, Mile 22 seems like a slam-bang “B” movie. But between its incomprehensible action and incomplete plot, it feels more like a rushed pilot to a tv show.

Mark Wahlberg stars as James Silva, a CIA operative with hints of mental problems who leads the ground-portion of a two-pronged, elite paramilitary organization called Overwatch. John Malkovich’s Bishop (and his ludicrous hairpiece) head the tech-portion of the team watching over the ground force from an unknown location (think eye-in-the-sky satellite imagery and drones). The details of how this team works in unison, marrying ground-combat with computer know how, are some of the film’s best bits.

Most of the action takes place in the fictional Indocarr City. The movie never makes the country clear, probably for fear of alienating potential foreign markets, only labeling the setting as South-East Asia via superimposed text. This becomes especially funny when the characters keep referring to “this country” and we have no idea what country they’re supposed to be in (the movie was shot in Bogota, Colombia and Atlanta, Georgia (!), or in this movie’s parlance, Bogota, South America and Atlanta, North America).

Silva and his team, out of which only Alice Kerr (Lauren Cohen) gets to have any character traits, though mostly clichés–she’s divorced, married to her job, wants to see her child, can’t–are working in the city’s American embassy when a local special forces operative, Li Noor (Iko Uwais), charges its gates brandishing a mysterious hard disk.

The disk holds the locations of Caesium-137, a radioactive powder that can be weaponized to detrimental effect, stockpiled throughout the country by Li’s government. The disk is encrypted and will destroy itself in eight hours without the password, which Li will give only after he is granted safe passage out of the country…wherever that may be.

His claims are bolstered by an assassination attempt in the embassy, leading to a massive brawl in a security camera riddled medical lab that somehow isn’t noticed or stopped until Li violently dispatches both of his attackers.

With Iko Uwais having made a name for himself as a martial artist in bone-crunching masterpieces like the two “Raid” films, you would expect this fight sequence to have some kick to it. It doesn’t. The film’s director, Peter Berg (“Lone Survivor”), presents the action so incomprehensibly that it becomes a blur of motion as feet kick, hands punch and glass brakes. What the performers were doing with those punching hands and kicking feet and how all that glass came to break is sadly known only to the film’s editor who saw the footage before cutting it down to an indecipherable mess.

Believing Li’s story after the attack, Silva’s Overwatch team is activated, and they, under the watchful eye of Bishop (his hair) and his tech-heads, attempt to transport Li to an airstrip 22 miles from the embassy as the country’s government sends wave after wave of trained assassins after them, resulting in a non-stop action fest in the film’s backend.

Which would be great if it hadn’t all been shot like that earlier fight scene. Shootouts, explosions ensue, but the geography of where the characters are in relation to each other is never clear. Nothing in these sequences is clear. By the end, they’re less action sequences and more suggestions of action sequences.

This frenzied action fizzles out with a gag of a final confrontation, and culminates in a plot twist that’s supposed to be jaw dropping and shocking, but has about the same impact as a flatulent mouse.

By the end, the movie just feels incomplete. When everything is deciphered, the movie reveals itself to be nothing more than a preamble, issue 0 of a new action franchise. Plot threads dangle as if this were the end of an episode; tune in next week for the conclusion.

When the screen faded to black, I began to hear “Is that all there is?” in the back of mind. Yeah, Peggy Lee, that’s all there is. And it isn’t much.

This article was written by Pavel Klein, movie critic for the Miami-based Punch Drunk Movies. And the Jitney. You can also check out his blog of filmic musings at Write Pavel Write.