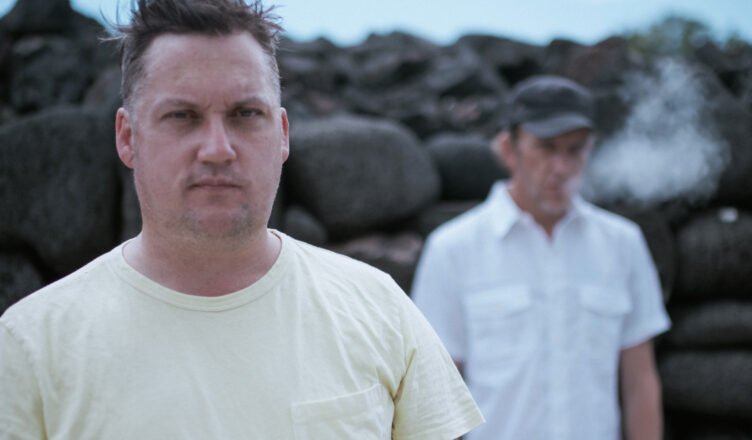 I recently had the opportunity to interview Isaac Brock, the man behind one of my favorite bands, Modest Mouse. He gave me a lot of info which I couldn’t find a way to implant in the concert preview article for Miami New Times. I thought other Modest Mouse obsessives might appreciate the interview in full and so here it is as recorded on Thursday, October 7, 2021.

When did you first fall in love with music?

Issac Brock: I’m not sure there’s an origin to that. It’s always been there man. When did I become unhealthily obsessed with it? Probably middle school.

Is that when you first picked up the guitar?

Oh no. It’s just when I became emphatic about things like The Dead Milkmen and The Pixies. I didn’t pick up an instrument until I was 14 which I guess is right around then. It kind of took meeting someone with an instrument to realize I would also like an instrument. I indefinitely borrowed her stuff. Eventually her Mom made me buy it, which I guess is only fair.

I didn’t realize how young you were when Modest Mouse started putting out music. Did the songwriting come super easy for you at first?

I think, how do I say this, it came easy because the songs were easy, you know? They weren’t good, but they were easy and my ears were attuned to them. If I listen back to them, my first thirty cassettes with twenty songs each on them, it’s unlistenable. But I heard music at the time. I eventually got better at that I guess.

Looking at your setlist from the tour, you are playing some older songs. Is it a challenge for you to get in that headspace of when you first wrote them?

I don’t try to. I try to find meaning for myself in them in a now sort of way. And if I can’t I tend to drop them. There’s a thing where songs that we really like we tend to overplay them. Like “Tundra/Desert” from one of our first actual records. We used to play it every god damned night and then it was just like we’re bored of this and we put it down and then you kind of forget where you were with it. There is the danger of that. Trying to bring it back it’s not that hard to play, but it is a little bit difficult to find your way back to it.

When I first saw you play it was on a tiny stage in Tallahassee and there were only three of you. Next time I saw you play you had an army on stage. Was that something you always wanted, to have a big band?

No. Some of that happened because I ask someone to play a specific instrument on two songs, maybe it was a friend on tour or something. Or we had a drum kick playing on a couple songs and we needed a little help on parts that the amount of people on stage couldn’t play. And then it would show up on more and more things.  Eventually it got kind of out of hand which is why I slimmed it down again. It’s not fucking small, it’s six people, but it’s a lot more focused. I didn’t want a bunch of people on stage, but I wanted the songs to sound as good as possible. At some point the balance was tilted where having the additional people was no longer helpful. There were too many busy hands, so I had to clear it up a bit. If you got two people hitting a kick drum at the same time, you’re already in trouble. Unless their feet are taped together, then the clutter begins.

It seems you’re doing more interviews these past couple months then you have the previous years or decades. What’s opened you up to the press?

I feel like I did a lot when most records came out. It gets lost in whatever algorithms control the search. They’re out there. I just feel they don’t have the magic to position themselves like Amazon. There’s a dark art to showing up in searches. Russian trolls and fucking salesmen are much better at it than your average music journal.

I was like you know what’s cool to do when you’re in middle age… start from scratch. I’ve got a 19 year old in college and I fucking love it. But I’m a lot better at it then I was the first time around.

One of them I sing to every night. I didn’t really sing them my songs, I was surprised when I started singing to them how few songs I knew that I could sing to kids.  I was singing “Row Your Boat” for an hour straight so at least I was hypnotized and sleepy. It became a really weird song to me. Just the whole message, it’s kind of a mind eraser. Row, row, row your boat Gently down the stream Merrily merrily, merrily, merrily Life is but a dream, two thousand times in and after it gets a little creepy. Lullabies were starting to make me uncomfortable because I’m like why is the baby in the tree falling out? What’s going on here? Sooner or later this little person is going to know how to talk and that’s what I gave them? A nonsense song about you in a tree falling out? I do more reading to the kids then I do singing. Everyone gets three books a night.

No Bukowski I guess?

No, I wouldn’t read him to me either.

You mentioned easy songs make for easy writing, has your songwriting process changed over the years?

My expectations have. When I first started writing there was a K Records pop scene in the Seattle area where the overarching vibe for popular alternative was a give a fuck attitude, you know? I drifted from that quick where I was like I wanted songs to have depth and interesting sounds. Then I just kept following my path. I don’t tend to sit down and write a whole song. I end up collaging together sounds and then building around this metal frame, some structure that is already built, but isn’t necessarily a song yet. Man, you almost got a answer.

You gave it to me. Some of your songs are super wordy. Was it ever a challenge to remember the lyrics?

Yeah, it can be a fucking challenge. More so on this record than on others. There’s still songs from records ways back, I still can’t get “Heart Cooks Brain” right.  I literally have a lyrics sheet. My guitar tech tapes a piece of paper on my thing so I can’t get too lost.

You have some easy to remember songs with great lyrics  like the one with “Opinions were like kittens I was giving them away”(from Out of Gas).

Thanks. That was fun. I am very proud of that line. But I also have a hard time remembering it. Live at times, you know if the words aren’t there I just rewrite them on the spot. Sometimes for better and sometimes for worse.

Since I’m writing this for a Miami paper I have to ask about that little trend you had where you were writing songs about Florida. You had “Florida” and “Pistol (A. Cunanan, Miami, Fl. 1996)”. Do you have a Florida connection?

Well, I lived in Gainesville for a while, so part of that feeds into that song “Florida”. And the Andrew Cunanan story is just a fascinating thing about a creep.

When did you live in Gainesville? What brought you there?

We just finished recording The Moon and Antarctica in Chicago. Me and my roommate had just been run out of our house because my brother, rest in peace, was a couch surfing hippie guy. He’d show up and then his friend would come and visit him and at some point there’s like three hippie dudes living in our house and no realistic way to get them out, so we just moved out. I moved into my van with my girlfriend before we went to Chicago. My roommate Sean ended up moving to a boat house on the docks. Then we went to Chicago did the record and Sean, me and my girlfriend were like let’s move to Athens, Georgia. We moved to Athens, looked around, it seemed real nice, but my girlfriend was from Gainesville and I was like maybe I should take her to a place where she knows people and that’ll be good for her. So I moved there without much intention of living there for long. I was there for a year or two.

Tom Petty is from Gainesville and you have that song where you share a line with one of his songs (Mary Jane’s Last Dance), was that something you picked up by osmosis in Gainesville?

That’s on “I Came as a Rat”. I didn’t realize I fucking borrowed a line from him until it was too late. Musically it was in there with all the other stuff in my brain’s garage and found its way out. Didn’t take more than a second for someone to point it out. Call it an homage. Thanks Tom Petty for not suing me.  I’m a huge Tom Petty fan, I really am. You know Harry Crews, the author, was from Gainesville as well?

Let’s talk about your new record. What influenced The Golden Casket?

Musically it was almost made in an influence vacuum. I had listened to so little grown up music over the last four years since I had kids, you had playlists like The Tolerable Toddler and Frozen. I just sort of do what I want to do and I had a lot of help giving it shape.

How has touring the record been in this brave new world we live in?

It’s been good. I’m definitely getting a give a fuck fatigue whether every place I’m at is lax about vaccinations and masks. If one of us brings it on the bus, we just tanked the whole thing with possibly a ripple effect. But the people, getting out to play for people that come out to the shows, it’s been really nice. Obviously people needed it. They needed to get out and see music and stuff. It reflects in the energy, but there’s also a little bit of a cautious vibe too. We’re all getting used to each other again, you germy bunch of motherfuckers.

I don’t know if you remember but the last time you played at this venue (Fillmore Miami Beach) was the night before a hurricane came?

Yeah, we got run up the coast. I do remember very well. We basically played the show in this huge venue but only 800 people were as dumb as us to stick around. I don’t want to call anyone dumb, but you know, optimistic. And then we got on our bus and show after show got cancelled. Just sat in traffic on the fucking freeway on the way to Georgia.

I was one of the dumb people at that show and the next morning my family and I took off to escape Hurricane Irma and ended up in New Orleans. By coincidence you also played while I was in New Orleans and I went to that show too. Your music helped me get through a stressful time. So thank you.