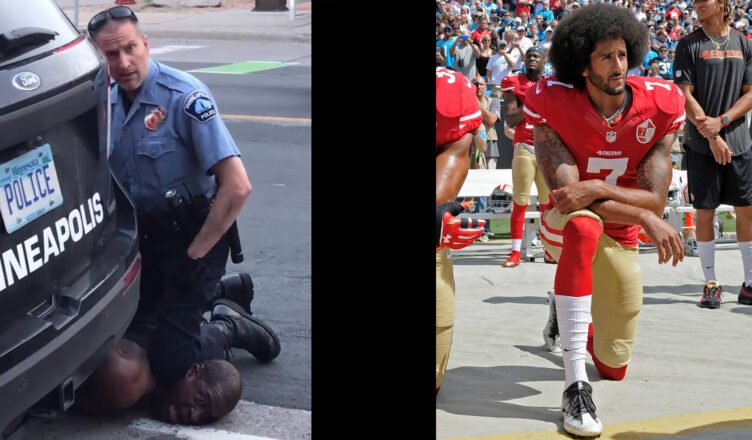 Visuals speak volumes in our era of memes, clickbait, and graphic images. These are modern propaganda tools to help push ideological narratives. We are put on the spot to take a stand towards a particular circumstance frozen in time. But there are always more than two sides to a story. Also, an impartial third view may be more nuanced.

After the initial images in the media of Officer Derek Chauvin taking a knee on George Floyd’s jugular, we now have images of looters ransacking stores and destroying public and private property. These images create a basis for justifying two sides of the conflict. Do you agree with this (choking Floyd) or do you agree with that (looting a small business)?

Dramatic visuals of looting have taken over the current narrative.

People point out there is a difference between the protesters and the looters. There is also a difference between different looters. Many of these riots and looting are happening in poor inner-city neighborhoods, and very few observers know about the realities in those neighborhoods but are quick to make judgement on what is happening there. No single generic explanation can take into account all the reasons and summarize what has happened and is presently occurring. These events are taking different developments and reacting to different sets of circumstances, but the tendency is almost always to sum it all up with one broad stroke.

We shouldn’t glorify the looting but we also shouldn’t  dismiss that larger factors are also at hand. There are conditions that are contributing to the looting. There are circumstances that are pushing people to protest police brutality and authority. There are thugs and vandals out to take advantage of the chaos. Some of the thugs are in blue uniforms while others are in all black. There is opportunism and desperation in these actions. There are also well-meaning people trying to protest an injustice on either side. There are good people trying to protect government institutions and private property. There are good cops with a difficult job. There are people provoking violence within peaceful protesters, some of whom may be Antifa or random delinquents and some of whom may be linked to law enforcement to justify a tougher response. All of this is possible.

Some police officers have been pictured covering their badge numbers, and we have also seen videos of police attacking innocent bystanders and continuing to use disproportionate force. We should be able to take into consideration the different scenarios and points of view that are occurring from many angles and not be afraid to do so because a particular group espouses only one narrative.

The underlying conditions of a global pandemic

and the more effective reality of a global economic recession because of it, is creating the perfect storm to harbor these current sentiments and upheavals. In addition, a new technological age with the onset of artificial Intelligence and complete surveillance is afoot. Since everything seems to fit so perfectly together, people are also inclined to explain many occurrences with conspiracy theories.

One conspiracy theory will state that police are provoking and initiating rioters, another conspiracy will say that Soros is funding Antifa. Q will tell to trust the plan as Trump calls the national guard. The media will tell you this is a new normal. Some Democrats will swear that this has marks of Vladimir Putin’s political interference, while conservatives will now point to communist China as the nefarious state actor behind the WHO and NWO. There may be a bit of truth to all the theories, yet they are insufficient to make a complete assessment when it involves regular folk caught in uncertain circumstances. In the end, we are all human beings and we feed off each other and our actions reflect one another’s.

The state may be a necessary authority for law and order.

However, others may think that we need to take more voluntary and local decision-making away from the centralized state that has gotten out of control. Those opposing positions have to be balanced with meeting some of the demands of the opposing side to come to a consensus. In order for that to happen information has to flow freely and we must include more than just a two-sided and divisive approach.

In this day and age, you can make an argument to defend either side  and yet the truth remains an illusion to the opinions and ideological narratives justifying people’s minds and motives. An honest view of the situation requires one not only to consider both sides of the argument but also to consider an impartial third view that may be more abstract in relative terms. That view should address the various elements at play and a path to truly rehabilitate a condition that becomes susceptible to abuse. As it stands we are too vested in the idea of winners and losers, guilty or innocent, when in reality we all have responsibility in correcting our ills.

Roger Gurdian is an independent analyst of world issues with an emphasis on social ecological health and sustainable geopolitical evolution. He is of Nicaraguan descent and grew up in Miami.

View all posts by Roger Gurdian →