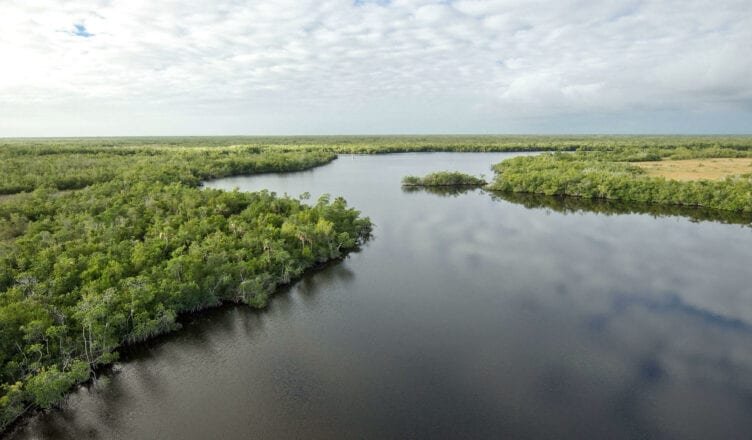 Telluride Mountainfilm, one of America’s longest running documentary film festivals, will be showing films at The Kampong in Coconut Grove on January 10 and 11 as part of its world tour program. Mountainfilm is dedicated to educating, inspiring and motivating audiences about issues that matter, environments worth preserving, adventures worth pursuing and conversations worth sustaining.

This year the event will highlight the Florida Wildlife Corridor, a statewide network of lands and waters that supports wildlife and people. There will be a showing of the short film The Last Green Thread which brings attention to the need to preserve the narrow paths that allow wildlife to travel through Florida’s Everglades Headwaters. Amidst a backdrop of massive development and population growth, the film follows a group of three friends as they embark on a journey through the Everglades Headwaters to survey the fragile wilderness corridor before it disappears forever.

A photography exhibit of the Everglades Headwaters by Adam Bass, will be also be on display at The Kampong during Mountainfilm on Tour. Former Executive Director of the Florida Wildlife Corridor, Mallory Lykes Dimmitt will be discussing the film on Saturday evening.

This is the fifth year of Mountainfilm On Tour in Miami. Spearheading the effort to bring Mountainfilm to Miami has been the architecture firm [STRANG]. “The Kampong was selected as the venue for the event due to its cultural significance and shared educational mission”, says Max Strang, “I can not think of a more appropriate location to showcase these films. Get ready for two nights of engaging short films, great company, food and drinks at an extraordinary venue.”

Tickets may be purchased online through www.mountainfilmmiami.org. The cost for each show is $25 for adults and $20 for students and includes open bar.

Esti labors during the day, always fearing a paper cut.