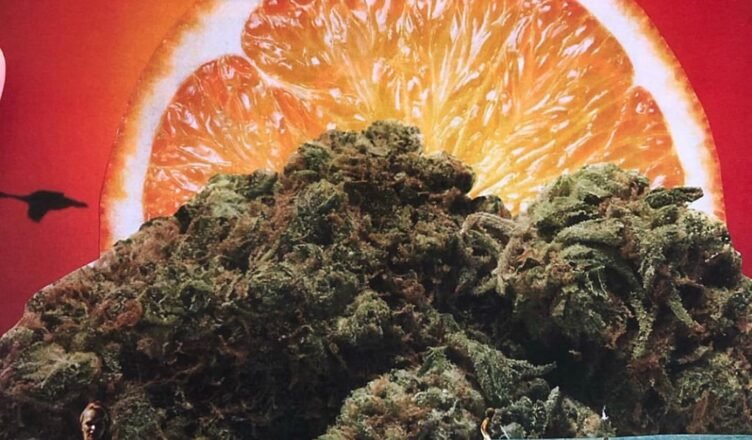 At the height of the digital era, social media drive art and culture. Creators rise to stardom virally, amassing followers at synaptic speed. An artist or performer capturing a moment or a mood can trigger a meme, a trend or a whole new genre across platforms.

Collage artist Mr. Babies knows a version of this phenomenon. He joined Instagram early on, found an audience and became an avatar of psychedelia, cutting and pasting his subconscious into otherworldly finished pieces. Before stringent algorithms ruled the creator space, a free flowing artscape flourished online where Mr. Babies gained a foothold and his analog creations multiplied through likes and shares.

Vice magazine took notice with a feature story in 2016. At the time he had about 60,000 followers on Instagram. Still, the part-time artist, born Nick Baccari, kept his day job at a bank and divided his time even as his creative profile grew. Then the pandemic hit.

“It has completely flipped my world upside down in the best possible way,” Mr. Babies told PureHoney in an email interview. With the bank shuttered, Mr. Babies dived all the way into art. “For two years since, I have been selling prints and posters of my work full time,” he said. Today he has almost 400,000 Instagram followers, and a Web site to retail his work.

It was a confirmation of aspirations that the younger Baccari — who grew up in small-town west Texas and moved to tiny Sedona, Arizona — was expressing through whimsical pop art creations long before he turned to collage. “I always knew I wouldn’t fit in working at a typical 9-5 job,” he said. “I never really envisioned a specific path for my creativity, but I knew I had to keep expressing myself and believed in my artistic vision even when others doubted me.”

His art as Mr. Babies has origins in a trip to a recycling center, where a discarded stack of National Geographic magazines caught his eye. From this raw material new visions arose and migrated to Instagram: frogs with bodies assembled from human eyeballs; a forest of mushrooms spilling out of sensual, pursed lips; faces with slugs, snails, and snakes pouring from the orifices.

He posted using a cellphone and an electronic tablet, the mind’s-eye aesthetic springing from visual detritus and pure imagination. In 2015, he tried acid for the first time to influence his hallucinogenic renderings.

That turning point is the focus of a new venture for him in the sphere of non-fungible token (NFT) art — where an image is reproducible but its cryptographic blockchain signature is not, and prices (often in blockchain currencies) are set accordingly. Mr. Babies is preparing an NFT collection, through a blockchain-centered app called Foundation, of ten works he created during his initial experimentations with LSD.

“Since this is a new frontier for me, I really wanted to take a look back and highlight the work that shaped my early career,” he said. “These are my favorite pieces from 2015 and also tell a story of who I am as a person and artist.”

At 39 he plans to keep making art and exploring digital technology as an outlet. He remains committed to his method and his low-tech tools: tiny scissors, X-Acto blades, glue sticks, tape. As he told the arts journal Toombes in 2021, “I have never created a digital piece in my life. I don’t think that I could actually. I like the randomness of opening a book and finding images to slice out.”

He wants to keep learning, train other artists in his techniques and help build community-focused projects. There can be loneliness and dislocation alongside the whimsy and cosmic awe in Mr. Babies’ art. But through his fusion of analog and digital, he has also created a community bonded by wonder and love of his work.