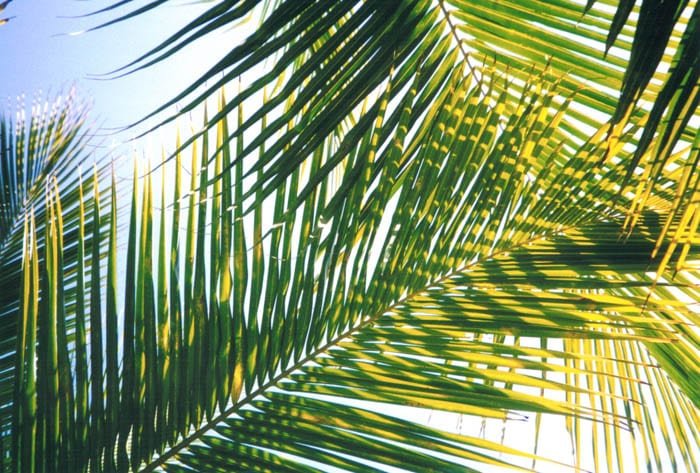 Two strangers. One man and one woman. They have no water. No food. No clothes. They’re mission is to stay alive for 21 days. This is the Everest of survival challenges. Can a man and a woman survive alone in the wilderness…naked and afraid?!?

South Beach, one of the most lush and tropical environments in the world, paradise to some, a paradise lost to others, a place teeming with crowded beaches, crooked cops and over-priced drinks, home to pissed-off stripper’s with daddy issues and psychotic homeless sniffing bath salts. Venomous lifeguards and poisonous breast implants lie in wait like jelly fish along the sandy floors. In the water, salivating music promoters and flesh-eating politicians circle the polluted reefs instilling fear.

Hi I’m Lacy. I’m a model and actress from L.A. and I want to prove to everyone, especially the talent scouts at ICM that I have what it takes to survive anything!

As part of their selection process, Lacy and Lance have undergone rigorous physical and psychological testing. Their overall survival assessment has been decided by experts according to three categories: skill, experience and mental. Both survivalists were given a primitive survival rating, or PSR, and both will be reevaluated at the end of the 21-day challenge. Lance rates high for his experience in the wilderness and survival skills, but his small penis and flimsy bank account may limit him in South Beach. For that he was rated a 7.2 Lacy, with her model looks and curvaceous figure should serve her well in South Beach, but her utter naïveté and shallow quest for fame might prove a hindrance in the real world, for this our experts rated her a 5.6..

Lance: Better than a naked Luis C.K. Should we get out of the sun? Look for the bags. Decide a plan of attack.

Lance and Lacy are allowed one essential survival item each. A small crew will capture the 21-day journey with strict instructions not to intervene, unless for a medical emergency.

Lance: I brought a machete, how about you? A fire starter perhaps.

Lance: Of course not.

Lacy: Wel-l-l-l, like I totally knew we were coming to Miami, so, I brought an ounce of cocaine.

An ounce of cocaine? How is that even legal? Seriously? WTF is that?

I could tell by the look in Lance’s eye he wanted to sever my head, but, I didn’t care. I know what it takes to survive and, like, I don’t need anything from no man.

Lance: We should find a safe place to build a shelter, away from the concrete and crowds. The map indicated some saw-grass patches not too far.

Lance: It is hot out here.

Lacy: Do you want some cocaine?

Lance is sitting in a finely constructed shelter, eating fish.

I thought Lacy bringing an ounce of cocaine was the most ridiculous thing but I’m wrong. Her energy level and workmanship have been crazy. Whether in gathering and knotting palm fronds for the shelter, hoarding coconuts for sustenance, finding aloe for our sun burns, building palm hats and underwear and little sculptures out of palm. She even caught a goddamn grouper with her hands and gave it to me because her appetite is completely suppressed. The girl freakin started a fire in only 30 minutes using the Bow Drill Method. She talks a lot, but, hey, it could be worse.

Lance says he doesn’t want any, he says that he’s okay clean and sober, but I don’t care. I don’t believe him, I know he wants some, I know it. I think he actually took some last night when I was out looking for dolphins to swim with, because the bag looks smaller, you know, and he keeps telling me, pace yourself, which is obviously some tactic to get his paws on my stuff so I buried it, my precious-s-s.

Lacy’s been acting really strange. I keep catching her pacing in the middle of the night with a machete, wielding it at random moonlight shadows, mumbling about Smurfs and Fraggle’s and going to the club. I’m pretty sure she’s running low and it’s starting to get to her.

There’s bugs everywhere. I can’t get them off me. I thought the fire would stop them but no. They’ve spread to my face. My body is reacting really strongly and I’m finally having a reaction. My body might go into anaphylactic shock and I can’t stop scratching myself. Ugh. I want to go home.

Lacy’s all out of drugs. She’s a mess. Her nose is bleeding; her gums and nails are gnawed. And she keeps trying to persuade me to venture with her to the strip to pick up supplies, but that’s how not this works. She keeps talking about bugs and scratching herself. I’m thinking about calling medical.

Lance was being extremely difficult with his stubbornness and holier than now piety so I left the stupid camp. I’m going to the touristy part of the beach to sell all this coconut and palm jewelry I’ve made, and then I’m going to the city to pick up some stuff so I can survive this misery, because {SOBBING} I can’t take this, this {HEAVING}, this, this, empty feeling…

So today’s the extraction day and the producers informed me that Lacy wouldn’t be returning. She didn’t quite tap out as much as she passed out. They found her on the bathroom floor of a strip club off of Ocean Drive. She was working there for two days and made enough money to buy more drugs. Apparently she overdosed and may actually die. I don’t know. Forget all this. I’m out of here.

After 21 days on Miami Beach, Lance and Lacy have endured mental and physical hardships that have changed them forever. Lance lost a total of 22 pounds and Lacy might very well be dead by the time this episode airs.

Survival experts reviewed Lacy and Lance and re-evaluated their PSR, according to how they coped with the challenge. Lance’s lack of social skills and blase attitude towards his partner’s risky decisions hurt them as a team, but his patience, will-power and open-mind allowed him to endure. His PSR was lowered slightly to a 6.9.

Lacy, due to her addictive and sociopathic actions put her life in great harm by doing all the drugs and then leaving camp to become a stripper only to consequently over-dose and possibly die, as a result her PSR was lowered to a 3.1. This experience proves that both Lance and Lacy have what it takes (we think) to survive naked and afraid.