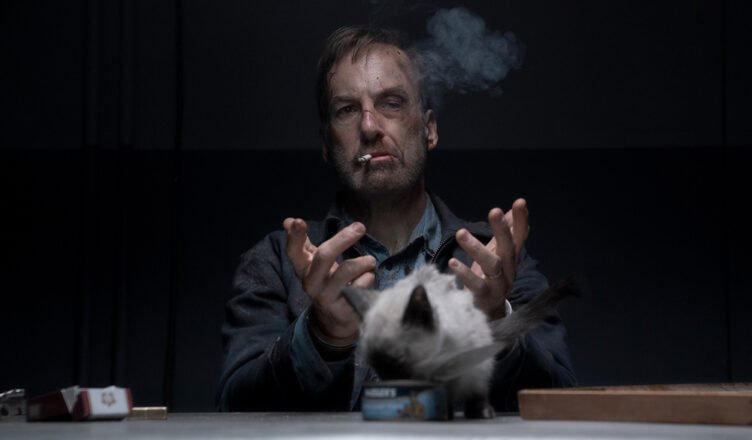 Nobody is like a middle-aged Taken. Wait, Taken is the middle-aged Taken. Okay, Nobody is more like Taken meets John Wick but with less drama (as in, nobody we like is really ever in danger) and more overt humor than the sly Keanu Reeves starrer. It’s streamlined entertainment that’s so sleek it wisps by, in one eye and out the other.

Ostensibly an action movie, Nobody more often than not plays like a parody of one. No surprise since it’s directed by Ilya Naishuller, who was responsible for the kooky, entirely first-person action epic, Hardcore Henry. The presentation here is more formal this time around, there’s only one quick POV shot, but while the film’s tongue is still firmly planted in its cheek, what’s missing here is the grand guignol insanity that marked Naishuller’s debut. There’s kookiness here, for sure, but it’s much less inspired, with the movie seemingly unsure whether it wants to commit to a more serious story or the craziness.

What we get is a middling in-between.

Bob Odenkirk, the actor, writer, comedian best known recently for his roles in Breaking Bad and Better Call Saul (he’s also one half of HBO’s cult-hit, Mr. Show, with Bob and David), who would more likely be described as milquetoast before ever being described as an action hero, stars as the movie’s central ass-kicker, Hutch Mansell.

In a zippy montage we’re efficiently introduced to the noxious drudgery of Hutch’s existence, a teenage son whose phone is more important than his dad, a distant wife (they sleep with a partition of pillows in their bed), and a dull job running a factory. (I’m not listing the actors’ names here because their characters exist mainly to be shunted away from danger.) The setup is the typical mid-life crisis stuff you’d see in something like American Beauty. Here, though, it’s the setup for an over-the-top action film. Hutch isn’t simply experiencing ennui, missing the glory days of youth. He misses his former job, a job that defined who he was.

And who was he?

The inciting incident that sets him on his path back to badassdom is a home robbery. But that’s more of a red herring. What actually brings him back to his former life depends on some extreme coincidences that somehow comes to involve the Russian mafia gunning for him. What follows are some well-staged action sequences that still feel a little tired, suffering from a sense of overfamiliarity.

It’s an inspired idea, the beyond average dude who’s hiding a Liam Neeson set of deadly skills. And Odenkirk rises to the challenge, believably playing both schlub and badass. The dude’s in good shape and moves well in the action sequences. Too bad not much is done with this dichotomy story-wise. I thought the movie was building to some sort of Fight Club-esque commentary about men having to commit violence in order to feel something, but it goes much much simpler than that. And really, everything in this movie goes much much simpler. There’s just enough detail and character stuff (arc would be too generous a word) to say there’s a story, but even then, just barely.

There are some humorous observations, especially in what sets Hutch off in the first place: the empty boasts from male colleagues about how they would have protected their family from home invaders. No matter how old you are, you’ll always find that guy.

But mostly, the movie’s just winding Hutch up and letting him loose on a bunch of goons. That’s fine, especially in an action-flick, but I dunno, the action here, while brutal at times, is mostly jokey and ironic. So much so, it’s hard to get swept up in any kind of excitement. And, while I believe I’ve said this before, it’s way past time to retire violent action set to incongruous music. Crooner classics scoring slow motion montages of destruction just aren’t as subversive as the filmmakers seem to think they are. And while we’re on the subject of retiring, the whole John Wick type of action where antagonists are dispatched with several headshots up-close, a style this movie definitely adheres to, has seriously jumped the shark at this point. It’s time to find a new angle on modern action.

Nobody is zippy and mostly harmless, and it’s fun to see Odenkirk thriving in a role you wouldn’t normally connect him with. But while it has its moments—Christopher Lloyd, Doc Brown himself as Hutch’s dad, blasting henchmen with a shotgun–there’s something a little tired and forgettable about this whole exercise.

A sardonic, “R”-rated action flick isn’t for everybody, but I love the genre, so I was especially surprised that this body didn’t much care for Nobody.