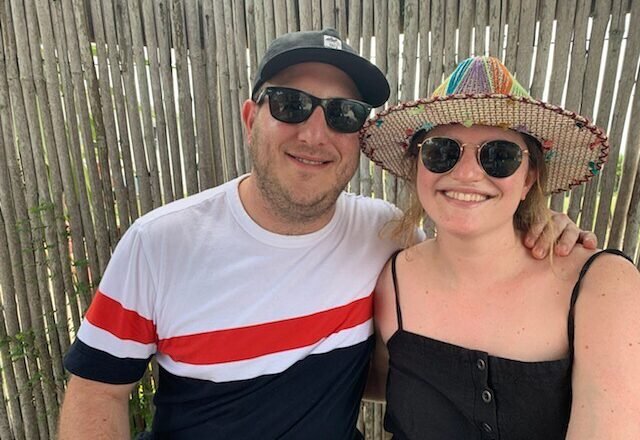 Gideon Plotnicki seems to be a man of good timing. Moving down to Miami from New York as a live music promoter seems, at best, a risky decision. Fortunately, a partnership with The North Beach Bandshell and the experience with bands whose genre needed a new home here are starting to come into fruition. The aptly named North Beach Music Festival comes to the Bandshell December 10th and 11th. Some of the best bands that many of you have never heard of  will be coming to Miami, and mostly for the first time. I sat down (virtually) with Gideon to get the skinny on what all the fuss is about.

How did you get into putting on live music events?

Gideon Plotnicki: My brother and I used to manage a band called Haakon’s Fault. They were a baby band based in New York City made up of some of our close friends from high school. After a few years of playing the NYC circuit, we became disenchanted with the experience, as the promoters at that level put little to no thought into the makeup of shows, and just booked us for 45 minute time slots, hoping that each band would bring 50-75 people, instead of a show where all the fans show up at once and see all of the bands on the bill. It was mind boggling to us.

The tipping point was when we showed up for a gig, and the opening act was a duo who had modified a Super Nintendo to hook up to their acoustic guitars and play each other in Mortal Kombat. Their final song was supposed to be a “fatality”, but they screwed it up and just said “sorry, that’s all we got” and walked off stage. Following that gig, we essentially demanded to have full control of the nights we were booking for the band, and to curate all of the acts on the bill ourselves so it could feel like a full night of similar music that went together, and not just a bunch of random bands thrown together.

After doing that for a while, that became one of our main focuses as managers, essentially acting as the band’s in-house promotion team. When the band broke up, I started to focus on putting on my own events. After some time, I started working for Live For Live Music, where I was their in-house talent buyer for five years, doing everything from promoting shows in New York City to organizing our Jazz Fest late night series, and eventually becoming the producer and curator of Brooklyn Comes Alive.

What inspired you to put on North Beach Music Festival?

A variety of things inspired me. One, I moved to Miami and was looking to plant my flag, so to speak. After a series of successful shows at the North Beach Bandshell in 2019 and 2021 (did 2020 even happen???) a festival felt like the next step for my company, GMP Live. I have to give credit to my partners at the North Beach Bandshell, James & Laura Quinlan, who suggested I take many of the ideas I had for potential concerts at the Bandshell and turn it into a festival experience. Also, Miami & Miami Beach have seen an increase in population over the past two years, and there is a demand for more live entertainment across all genres.

Additionally, Many of the bands on North Beach Music Festival have never played in Miami Beach, but they have fans here, and across South Florida and Florida in general. I wanted to create an event that showcased this specific scene for a fanbase that is hungry, but often forgotten when it comes to touring plans. Finally, with the pandemic still going on and so much uncertainty regarding live entertainment, especially indoor shows, I wanted to create a boutique, destination event that is intimate and 100% outdoors.

What brought you to Miami?

My wife is originally from Miami Beach. We met in New York City, but when a job opportunity came her way to move back to Miami, she took it, and of course I came with her!

What differences do you see in the music scene between New York, and South Florida?

Massive ones. New York is a tough market to crack. There are many independent promoters for each genre of music, not to mention a giant presence by Live Nation and AEG, and the competition can be fierce. There are also many venues for live music, and with 8,000,000 people living in NYC (not even including the tens of millions who live in the surrounding areas), there is so much demand for live music.

South Florida is a different beast altogether. I don’t want to speak for all of South Florida, because I have been hyper focused on Miami and Miami Beach, and I know that other promoters are out there in places like Delray and Boca and West Palm Beach that have been cultivating this scene on the ground floor for years. Miami and Miami Beach currently have no other independent promoters in this genre, and there is a major lack of club-style venues. The cities are mostly built for DJs, and finding a venue with the right stage size and audio and lighting equipment is challenging.

It is very difficult for a band who only sells around 400 tickets to get a gig in Miami or Miami Beach. This makes it tough to grow out-of-town bands in the market, as a band really needs to be worth 700-800 tickets at minimum to get a headlining play in this city, and it’s hard to get there without having a venue that is the right fit for bands when they are up-and-coming. As I mentioned earlier, that’s one of the main reasons we are doing North Beach Music Festival, to give these bands an opportunity to play this market, when perhaps many of them would never make it down here for a proper headlining concert. 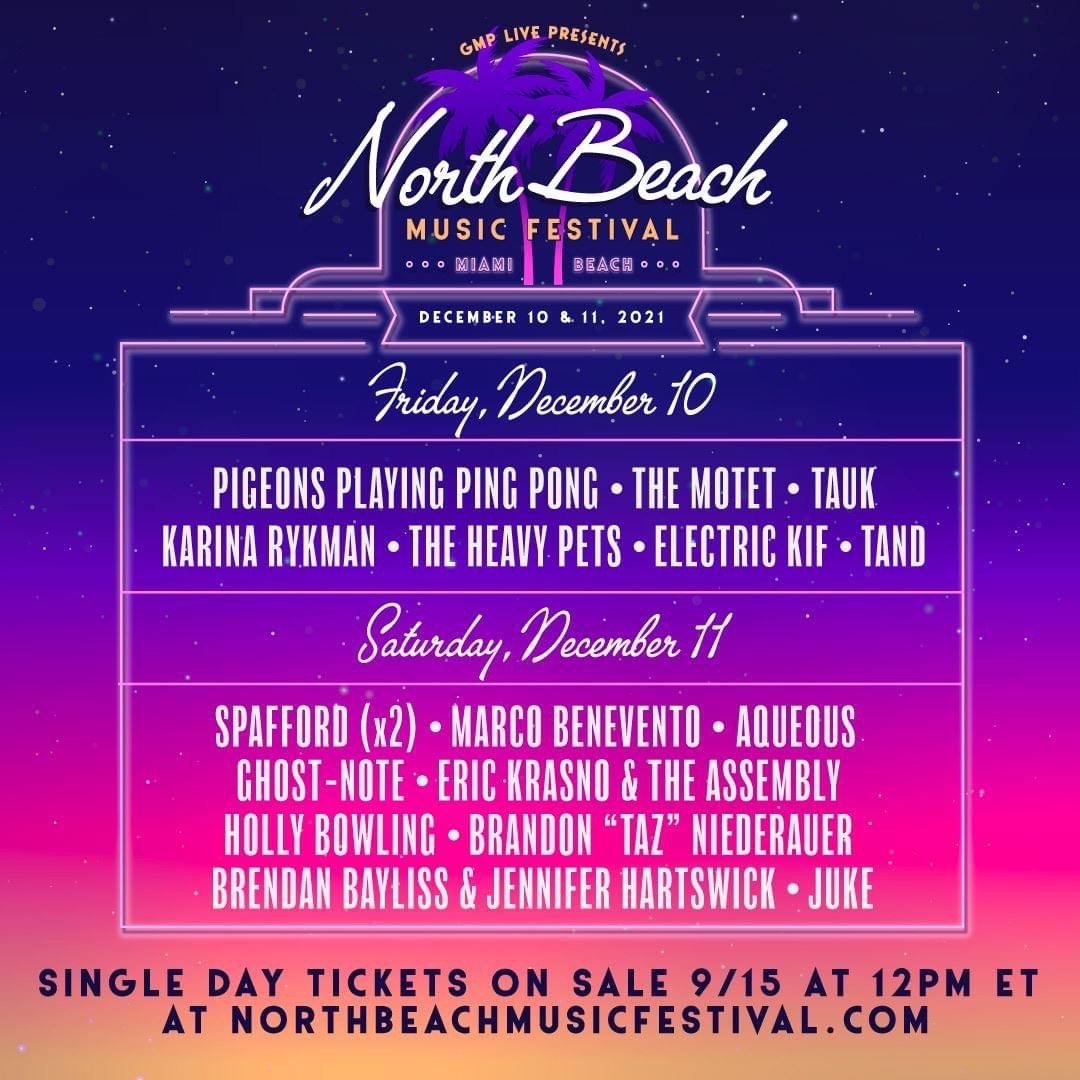 What are your favorite venues in Miami/South Florida?

Of course, the North Beach Bandshell is home. I’m biased, but I can’t say enough about how cool of a venue it is. Amazing sight lines, surrounded by palm trees, adjacent to the beach, and a unique, historic vibe, it’s just a great place to experience entertainment.

Besides the Bandshell, I’ve enjoyed some of the venues that popped up during the pandemic, such as Heartland and Oak Garden. The Oasis has a lot of potential, and I love the NYC food options they brought in, but so far they haven’t booked many shows I’m into. I’m interested to see how that venue grows over the next few years. Of course, The Fillmore Miami Beach gets some great shows as well.

That’s a tough one! Miami and Miami Beach have so many amazing restaurants these days. Macchialina, La Natural, Yardbird, Eleventh Street Pizza, Blue Collar, Stubborn Seed, Hometown Barbecue, Pubbelly Sushi, and Taquiza are all favorites that we keep going back to.

How do you envision the live music scene evolving in Miami?

Miami Beach is officially back on the map. Artists are now actively asking their teams to play the North Beach Bandshell, and that is gratifying. The scene will continue to evolve as long as there are passionate, independent promoters like myself who really love the music and the scene.

Miami and Miami Beach are already major tourist destinations, and the live music scene should tap into that more. Multi-band bills, one-day festival-style events, multi-night runs from bands with traveling fanbases. I think all of those things are in the future for Miami and Miami Beach. That’s something I’ve been trying to focus on, multi-night runs, and we have a few on deck with Lettuce for New Years Eve (12/31 and 1/1), and Turkuaz (1/28 & 1/29), and there are more in the works.