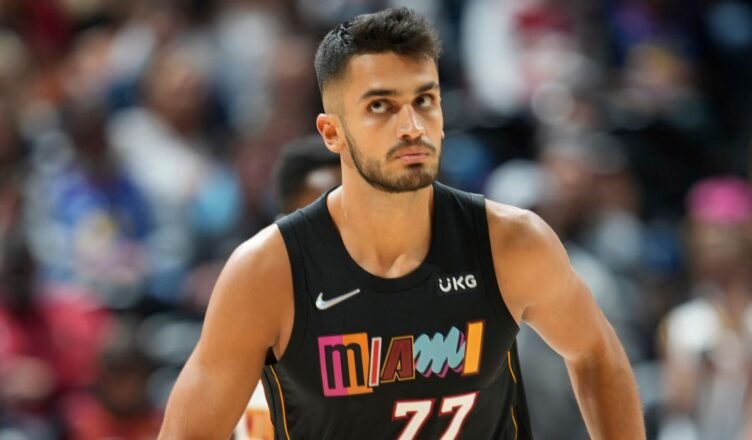 He is a double- double machine.

Yet he played 0 minutes in tonight’s victory against the Raptors.

Heat fans are ecstatic at this year’s depth. They are ecstatic to have Bam Adebayo back in the line-up. They are thrilled to see Bam and Jimmy Butler back on the floor together. We just came from the game, a thrilling 5-point at-home victory against the Raptors, in which Jimmy Butler quietly squeezed out a triple-double.

Vibes in the arena were electric. Coming off a predictable home loss against the 76ers, this rebound game was paramount. And rebounding is the key word.

With Bam back, it obviously meant that Omer Yurtseven would see less minutes — but to see 0 / zero/ zilch minutes?

Not good. Not fair.

We haven’t heard Spo’s post-game conference where we are sure someone asked him about this. Doesn’t matter — we represent the fans — we were at the game — where we can report fans absolutely were yelling “Seven” and wondering aloud “where’s Seven” and even yelling at random times “Yurtseven.”

Dewayne Dedmon led the 2nd unit at the center position  tonight. He’s awesome. It was great. But, and this is serious, the Miami Heat can not regulate Omer Yurtseven to zero minutes. If they do, they will lose him at the end of the season.

Do we want that?

Hopefully, and many Heat fans we spoke to said the same thing — there must be a way to play Bam Adabyao and Omer Yurtseven at the same time.

That is what Heat fans want.

Granted, a home victory against a wily opponent like the Raptors was awesome (in which there were thousands of Raptors fans in attendance representing the North like they were the Stark clan).

There was one person notably missing. And it wasn’t slumping-ass Duncan Robinson who started the game OR our old friend Goran Dragic.

Let’s see what happens from here.