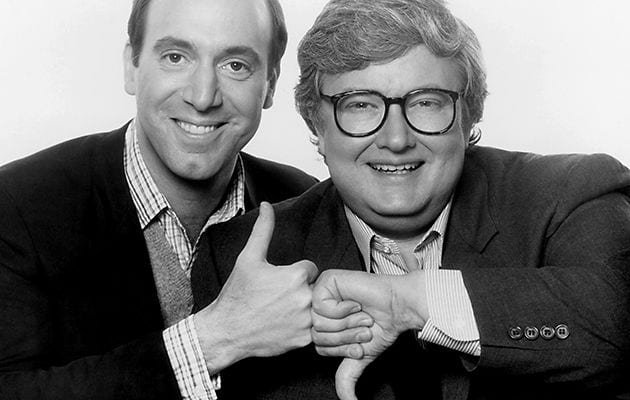 I’m envious of dispassionate film critics who couldn’t care less if their opinions don’t mesh with the status quo. When seemingly everybody loves a movie and they don’t, they’re just like, “Hey, good for you.” No anger. Nothing. Well, I’m not like that. So my heated response to the 89% approval rating earned by John Wick: Chapter 3 – Parabellum on Rotten Tomatoes is par for the course. But there’s something about John Wick’s glowing reviews that irks me more than usual.

I love action movies, and I’m kinda territorial about them. This love is an open secret. Whenever I’m accused of being a snooty movie critic, I want to laugh because those accusers have no idea the action trash I enjoy. Shootouts, hand-to-hand combat, car chases, I love all of that stuff. But they have to be done right.

The John Wick movies seem to do it right.

Directed by former stuntmen, they favor complicated choreography and clear camerawork that actually allows you to see what the actors are doing. My issue, one that has only intensified with each subsequent sequel, is that what we’re allowed to see so clearly is kinda boring. Yeah, the first couple of times that Keanu Reeves’ unstoppable assassin shoots his antagonists point blank in the face are shocking, but that shock dissipates quickly with every subsequent reiteration. Now, three movies in, they’re still doing the same crap ad infinitum, and it’s mind-numbing.

This third film in the series is getting strong praise by professional critics for its action, for its inventiveness, and they use this praise as a basis for championing the movie. But it’s the same sh*t we’ve seen for two whole movies already. Does shooting a bad guy in the face, though now from a horse, from a motorcycle, suddenly make that same old new again? If you’ve read my review, you know where I stand on this. But why am I the only one standing here? Worse, why is it that the people who are supposed to be discerning, who are supposed to see through this, not only do not, but actually hold the film up as a shining example of the genre at its finest? This may sound hysterical, but it worries me.

Never. To some degree, simply liking or not is reactionary. You just do or you don’t. But liking a movie personally versus celebrating that movie as a great accomplishment are two separate things. That’s the barrier that critics are tasked with minding. Sometimes that makes it look like we hate everything. We don’t.

This would be a boring world if we never looked deeper into the arts. It would be a pretty bland world if our discourse ended at I did or did not like such and such. And that’s where my anger about the critical reactions to John Wick 3 come in. We, the critics, are supposed to look deeper. We can like John Wick 3, sure, but defending it as a good movie? That’s ridiculous; the film simply fails on too many levels. It’s mind boggling and worrisome when professionals, people who should know better, are so entranced by the film’s surface pleasures they not only give it a pass, but make a case for its greatness.
Obviously, I don’t have any answers as to why this is, but after this past weekend, I began to wonder if it’s a hive-mind thing.

Of course, last week saw the final episode of Game of Thrones . I watched it and thoroughly enjoyed it, putting me once more squarely against popular opinion. Was it a perfect ending? Clearly not. Though I wouldn’t know what a perfect ending to a sprawling show like this would look like. But did it end on an emotional note that also managed to tie up a lot of story threads? I thought so. Not only that, but it actually brought the series full circle, setting its themes in stark relief while leaving its world on the cusp of a possible better future. What else could you ask for?

According to the bitchy majority, a lot. Not five minutes after finishing the episode, I made the mistake of going on Facebook, and the first thing I saw was friend after friend decrying the finale as the worst thing ever. At work, the next day, the same thing happened as my colleagues lumbered in with droopy faces, “What a disappointment.”

So a pretty crummy movie is heralded as great, while a good finale is decried as the worst by the majority. What’s going on here? Like I said, hive-mind; a couple people say one thing and the rest jump on that bandwagon. But that’s pretty facile, isn’t it? I mean, that’s what I’d like to believe to pump up my ego. What I’m arguing for, really, is for all of us, critic or not, to pump the brakes a bit and really think about our reactions before declaring best or worst ever. Because neither of those two pieces of entertainment are either of those things.

Or maybe, just maybe, I’m wrong. But that, of course, would be thoroughly impossible. Right?