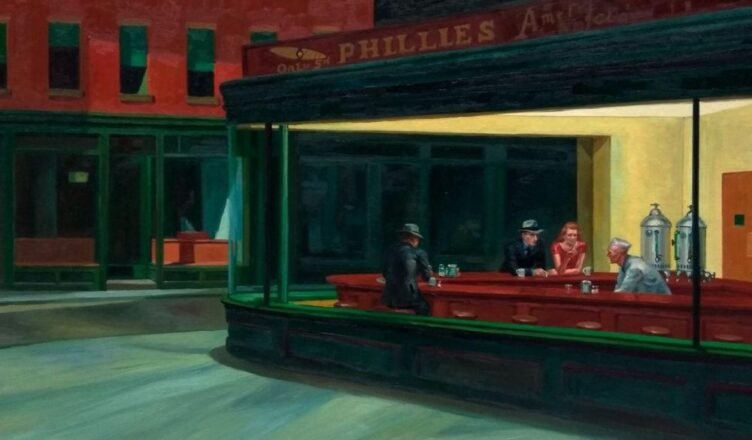 Another place I like to drink is an Italian restaurant at Mary Brickell Village called North Italia where the bar top is made of smooth dark wood and the whole building is more window than wall, so the sunlight is heavy but it doesn’t create glare, and I’ve had a few good dishes at North Italia the past year, like for instance a salad with chicken on it and a charcuterie board with orgasms on it and ham but mostly I just sit at the bar for an hour and sip a Sierra Nevada Hazy Little Thing IPA and read a book.

Another thing I once had at North Italia is an epiphany.

I was by myself on New Year’s Eve and it was like 11:30, I’d just been cut from my busser shift at a steakhouse up the street, and since it was late, and I’d be going home to an empty apartment, I decided to pop into North Italia and welcome 2020 with a beer (not knowing at the time that it would’ve been better met with a crucifix and pistol).

So I go into North and it’s busy but it’s not packed and what I notice before long is that I’m the only person there by myself—which is normally fine.

But New Year’s Eve is an exception, of course, and so I got a little bummed as the night wore on, as the hour neared, and when the ball finally dropped, and somewhere in Asia a man took his first celebratory bite of a bat, everybody in the restaurant rose to embrace their friends and make their toasts—meanwhile I’m stewing in my beer, exhausted from work, feeling sorry for myself.

At that exact moment a bartender who knows I like Jameson poured me a glass and slid it my way and said it was on the house, then shook my hand, wished me a Happy New Year.

Small gesture, but the timing was right, and it meant a lot.

What I decided after that is I don’t want to spend another New Year’s Eve alone at a bar at the very end of an exhausting shift in a job that barely pays. I realized that if I want the company of friends at big moments like this one I’d need to be more mindful about watering my social gardens through the year.. Meet people for lunch! Show up at those barbecues I get invited to! Go out with friends just because! Be social!

And that became my new year resolution.

Which of course I had to throw into a fire to stay warm during quarantine—but the epiphany remained.

If you want to be with loved ones at big moments, you’ve gotta make time for smaller moments that aren’t so special.

And most moments aren’t special to begin with.

It was, as Julian Barnes said, a “cheeky lexicographer” who defined a “net” as comprising several holes tied together with string.

I think the same could be said of friendships.

That they’re the strings that hold life’s emptiness together. Something to snatch and hold you against our collective freefall through the Chasm.

The orgasms beside the ham, so to speak.