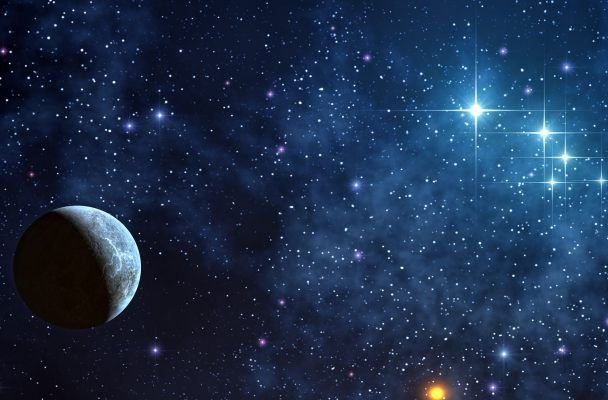 Adjust your sails by just one degree and you can end up miles away from your intended destination.  One degree.

If you were going to the moon, that one degree shift would have you 4,169 miles off course (nearly twice the diameter of the moon)

One degree shifts are what make changes easy, you don’t have to level up three floors to make a difference.  No one starts at the finish line.  How many of your New Year resolutions are you still sticking with?

Little shifts can add up to big changes.

I have been instinctually and frequently changing course for most of my life.  Not on purpose.  It was a survival tactic.  A reaction.  A response to someone else’s action.

I am consciously and actively setting the old girl straight now.  I’m confident that I am headed in the right direction. A maiden voyage.

I was thinking about how we are all just a few degrees off from one another and how many things are lost in translation.  I personally lost a few years in translation when I first moved to Miami.  But I got you now jefe. Claro.  We are more alike than different.

My great-great-grandma was quite the trailblazer.  My family was in Vaudeville and in the rootin’ tootin’ western shows of Annie Oakley era.  G-ma was the first woman in town to have a tattoo. The circus made her get it.  It was a series of numbers used to identify workers in case of an accident. She was the first woman to own a vehicle. She owned a bar, during prohibition. She subcontracted some friendly women who were available for clients upstairs.  I wish I would have met her.  The doctor told her that if she didn’t quit drinking, she probably wouldn’t make it 12 more months.  She asked him how long she would have if she kept drinking.  He said three to six months, she said, I will meet you at the bar.  Drinks on the house.

I found out in high school that my great-great-grandfather was a black man.

Turns out there was a long line of black men in the family who all married white women.  That was surprising.  Kinda.

It would seem that looks were more important than Great-Grandma Wooby let on.  Her great-granddaughter was born and came into the world with a shock of dark hair and dark skin.  The story is that my Mom was being harassed in school for her dark complexion and features. Kids are mean, adults are worse. She did the only thing that she could think of at the time to try to make things easier on the grandkids.  She went to the hall of records, it turned out that the rank and stature of her clients gave her substantial muscle when it came to the law, requested the birth certificate and had the clerk change my grandfather’s race from African-American to White.  SHE CHANGED A RACE.  Now that is some power.  A shift in course.  Only on dating apps can you truly practice your form of racism with little to no pushback.  Funky teeth, swipe.  Unibrow, swipe.  Any race other than your own, swipe.  Out here in the real world, STFU.

The priest who performed my sister’s baptism deemed the name on the birth certificate too ugly for a baby girl and added an “a” to the end of her first and middle names.  May I introduce Christina Gerarda.  A degree off from the intended moniker.

When I was divorced, the clerk removed an ‘L’ and added an “i”, making my name Milian.  I showed her the error and she promptly put the official seal of the court on the document and said “don’t worry about it”.  A change to the longitude and latitude.  My sister Deborah’s name was changed to Debby on some official document.  My Dad’s name appeared as Morton not Norton on his drivers license.  Human error has us thinking that we are something that we are not.  Giving us the wrong information. You thought there were problems when a Protestant married a Catholic? You have nothing on us. Do you even know what affiliation you are for sure?

There was a story about a man who loved his Mom’s pot roast.  When he was getting married, he made his wife promise to use the same recipe.  In the kitchen with future Mom-in-law,  she is writing down the recipe when Mom cut the ends off of the roast.  “Why do you do that,” she asked.

“Because that’s the way my mom did it,” was the response.

She went to the grandma and asked her why were the ends cut off, “Because that is how my mom does it!”

Off to the grand pubah g-ma.  We just love your recipe for pot roast but I am wondering why do you cut the ends off?  She replied, “Oh, so it would fit in the pan”

Just because its always been done that way doesn’t mean that’s how it always has to be done.  Everything isn’t always what it seems. Take a minute and figure out who you are.  Start making the shifts you need to get everyone around you and after you to practice tolerance, understanding and more love.  Surround yourself with people who want to see you rise. In life, we can all win. If you hate because your parents hate, knock it off. FFS aren’t you tired of playing that old record?  We are all just one degree apart from each other and yet we are still connected.  Learn to like yourself and you will learn to like others.  Give love.

Smart, funny, honest, practical and sometimes in-your-face advice on relationships, being single, finance, self care and life in the city. Catch her in action at IG @ohmygirlmedia