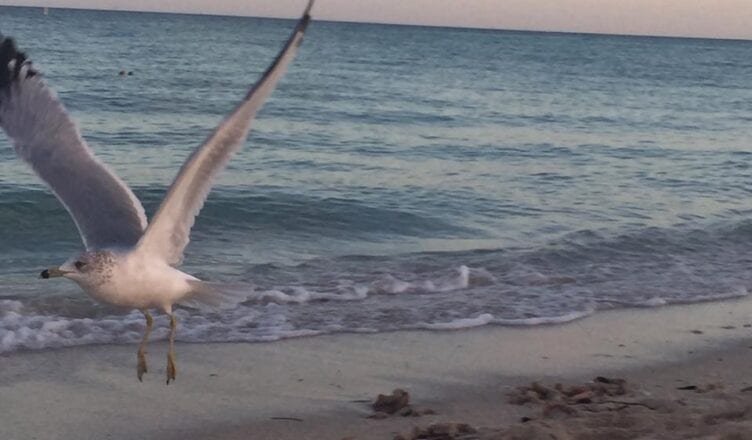 On an overcast June day, from the boardwalk along South Beach the sand and surf never looked so enticing. Most like a beach day to be under the sun. I’ve always preferred the isolated days with the gray waves crashing on a relatively deserted coast. But for the 77th straight day, this beach, like all others in Miami-Dade was off limits.

The 825 miles of Florida coast are supposedly public land. Obviously the state has the right to protect us from our beaches during an emergency like a hurricane or pollution in the water. The original beach closure in mid-March was for just such a reason, to avoid the spread of COVID-19.

But nearly three months later the continued  closure of the people’s land has taken on a more cynical turn. Sadly, there is a racial element to Miami-Dade’s extended closing of its beaches.

In mid-March when not much was known about COVID-19, it made sense that our beaches were closed. The natural beauty attracts tourists from all over the world, bad news during a global pandemic. There was a shelter-in-place order and it wasn’t just our public land that was off limits, it was anywhere where people might gather. Hotels shuttered, parks were cordoned off, and restaurants could only deliver.

But in the beginning of May all that began to change. Jacksonville opened their beaches, followed by Naples, and eventually Fort Lauderdale. Anyone familiar with Miami Beach knew we would have to wait until at least after Memorial Day.

Memorial Day Weekend in Miami Beach has for over a decade carried the nickname of Urban Beach Weekend. It has become a party weekend for African-American tourists that has been a point of tension.  Many locals leave town during the weekend and city leaders scheduled a military air and sea show with weapons of mass destruction flying overhead in order to attract a “different” kind of crowd. This attitude is sadly reminiscent of our island’s sorry racial past where until the 1960’s, African-Americans were only allowed on the island if they were employed by a business.

Sure enough in mid-May we were told our beaches would reopen June 1,  exactly one week after Urban Beach Weekend would have ended. Then on May 31, the day before they were to reopen, Miami-Dade Mayor Carlos Gimenez announced the beaches would be closed as long as there are “protests in our community“. He allowed the hotels to reopen and the restaurants and bars, so I assume COVID-19 is no longer a concern for him. But the beaches are to remain closed.

There was looting and vandalism on Saturday night associated with the Miami protests against police violence. But to take away the people’s beaches as a punishment for civil disobedience is childish and counterproductive. It reminds me of the old Seinfeld episode where if customers didn’t stand orderly  in line the proprietor wouldn’t serve them soup. Instead of a Soup Nazi we have Mayor Gimenez  where if you protest there will be no beach for you.

Undoubtedly much of the violence from the protests nationwide come from frustration of our racist  past and present. I can’t help but to think some of the anger comes from restlessness. Society has been closed for months. If you believe in cliches, idle hands are the devil’s workshop. People have had nowhere to go and nothing to do for a long time now.

The beach is South Florida’s one and only location of equal opportunity. People of all races, religions and incomes sit on the sand in relative peace. Homeless can sit next to millionaires. An ex-con could be next to an off-duty cop.  You might get annoyed someone is playing their music too loud, but all tensions disappear when you step into the Atlantic with your eyes toward the horizon where all you can hear are the waves of people’s laughter. You can almost believe you are in paradise.

But all that has been taken away from us. As summer gets hotter, people get angrier. Give us back the one antidote for stress even the poorest among us can afford.

Open up OUR beaches.