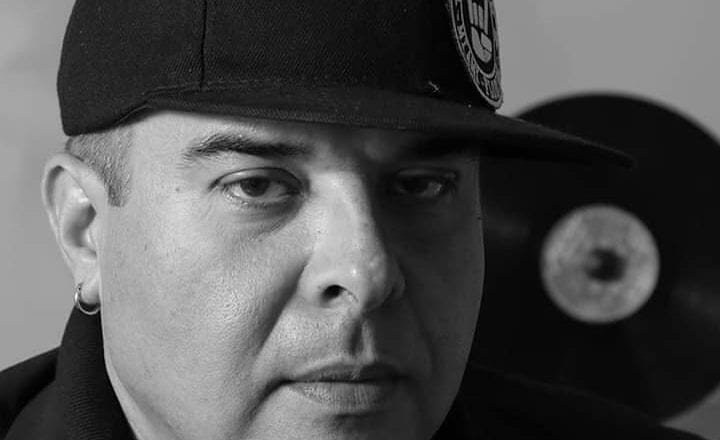 Churchill’s is continuing to celebrate its 40th Birthday extravaganza . This Saturday night, September 28 from 6 p.m. to 3 a.m. will feature over 25 bands on 3 stages along with vendors and arts & crafts. For a five dollar cover charge your eyes and ears will get to feast on the sights and sounds of local bands like Born Beneath, Brian Vill and Dead Waste. The Jitney spoke to the evening’s curator DJ Oski Gonzalez who will also be taking the stage at 11:30 with his band The Oski Foundation.

What can we expect  Saturday night?

Oski Gonzalez: The hottest bands on the scene right now. We have everything from hardcore metal to acoustic hip-hop. We got some R&B flavor. We got some instrumental indie rock. We got singer-songwriter music. We got it all. Miami has so many talented artists and this Saturday you get to see a wide spectrum of what Miami has to offer as far as music. Plus it’s the first time in my band the Oski Foundation is going to play the whole year.

How did you decide which bands would be playing?

I did an open call as soon as Churchill’s gave me the green light on the event. Basically who wants to play Churchill’s 40th anniversary and I had a bunch of bands that hit me up. From those bands you pick the hottest ones. It’s that simple.

What are some of your favorite Churchill shows you’ve played at or organized?

My favorite shows at Churchill would have to be Kryptonite metal festival. My 80s and 90s flashback shows. The Femme Fest and The Oski Awards. Plus I really love Hialeah Festival.

What are some of your favorite Churchill’s memories as an audience member?

A lot of people don’t know this but I’m a old school b-boy.  A lot of people don’t know that. So my favorite event at Churchill’s was when I saw Kool Keith perform live at Churchill’s. Kool Keith is the old school rapper from a group called Ultramagnetic MC’s from the Bronx. I would never in a million years thought that I would ever see him in Churchill’s pit.
In 1993 I had brought him down and the Rocksteady crew from the Bronx for the first anniversary of the Zulu Nation and we held an event at a place called the Carver Center on Northwest 62nd and 7th Avenue. And here we are 20 years later I’m at Churchill’s and Kool Keith is performing and he remembered me. He remembered me vividly he remembered everything we did everywhere we went and I sat down and spoke with him for about an hour and a half and we reconnected.

What do you think we can expect from Churchill’s over the next 40 years?

Churchill’s reminds me so much of Tobacco Road. It’s a Tobacco Road with a lot less rules. Churchill’s is about to go into a renovation pretty soon and they have some huge surprises coming. I don’t know if I’m allowed to say but I know that they’re going to build an outside stage and like a garden and it’s going to be really, really, really cool and hip. I would hope Churchill’s keep the tradition up of having great live bands going. There’s a lot of new clubs popping up and they don’t last very long and I hope to be celebrating Churchill’s 80th anniversary.
Liked it? Take a second to support The Jitney on Patreon! The Jitney needs gas. Please donate or become a Patron here