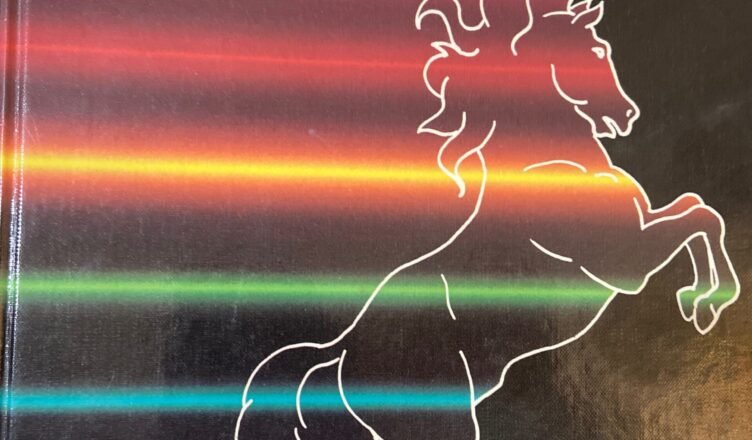 After a nap and much needed recuperation from the exhausting restroom incident, I asked my brother a hundred questions, every single one a kick in the head. But he was really good about answering the ones he could. He loved me even though I was a source of embarrassment. He told me about her, every individual who was in love with her and those who had temporarily succeeded.

First, there was Philip. I always thought he was a bit prehistoric and simian—Cro-Magnon, maybe. His sandy brown hair was feathered in layers and he wore tight Sergio Valente jeans, but his knuckles scraped the ground when he walked. He was a fashionable, grunting contradiction. Then there was Carlos. The severity of his halitosis, and its ability to wither plant life could have certainly won him top honors at the science fair. He sauntered through the halls and mingled with the crowd, totally unaware of gooey sleep in his eyes and the white, chalky smudge of old milk resting on his upper lip. Frank  was the ambitious failure. He’d shower her with gifts on a daily basis. His level of denial was comical and embarrassing, but I reluctantly admired him. She’d be sitting on the auditorium steps with her latest suitor, and Frank would walk up with a box of chocolates or a fist full of wilting carnations, ignoring the male sitting next to her and the obvious teenage ritual playing out before his very eyes. He was blind but relentless. Is my memory skewed with sardonic malice? Probably. But I could swear that my mini-sketches are accurate. This is how I knew and remember them.

Who was she? This was the meat of my inquiry. My brother’s profile came easily, as if he himself had often marveled at her completeness. He sat on the corner of my bed as the Pretenders’ “Brass in Pocket” poured out of My Sound Design stereo system. Yes, the audio component furniture cabinet with disco lights. My brother and I would have our very own intimate versions of Don Kirshner’s Rock Concert on a weekly basis. And Chrissie Hynde was regularly on the menu/program.

And so my brother began. My obsession was sensitive and open-minded with a flair for the dramatic. She was our premiere actress and singer with a good brain to boot. She was articulate and outspoken and infinitely kind and sympathetic. She was a romantic, loved to write poetry and listened to a wide range of music. She was loyal to family and friends. She was affectionate and had crushes easily and frequently, for she was enchanted by the early stages of courtship.  I found her choice of boyfriends, however, lacking in every respect, but then again, there was no one good enough. She was unpredictable and spontaneous and sometimes an enigma. She could turn on a dime if provoked and hurt you, but then you’d want her even more. And finally, more than all of these things, she was out of my league. To a level I couldn’t possibly fathom, and I should set my sights on more accessible material. Thanks and get the hell off my bed! I’m tired and I want to go to sleep. But sleep didn’t come and eventually became an ominous stranger with dark circles under his eyes and icy taunts on his lips, proffering overexposed snapshots of ridicule. 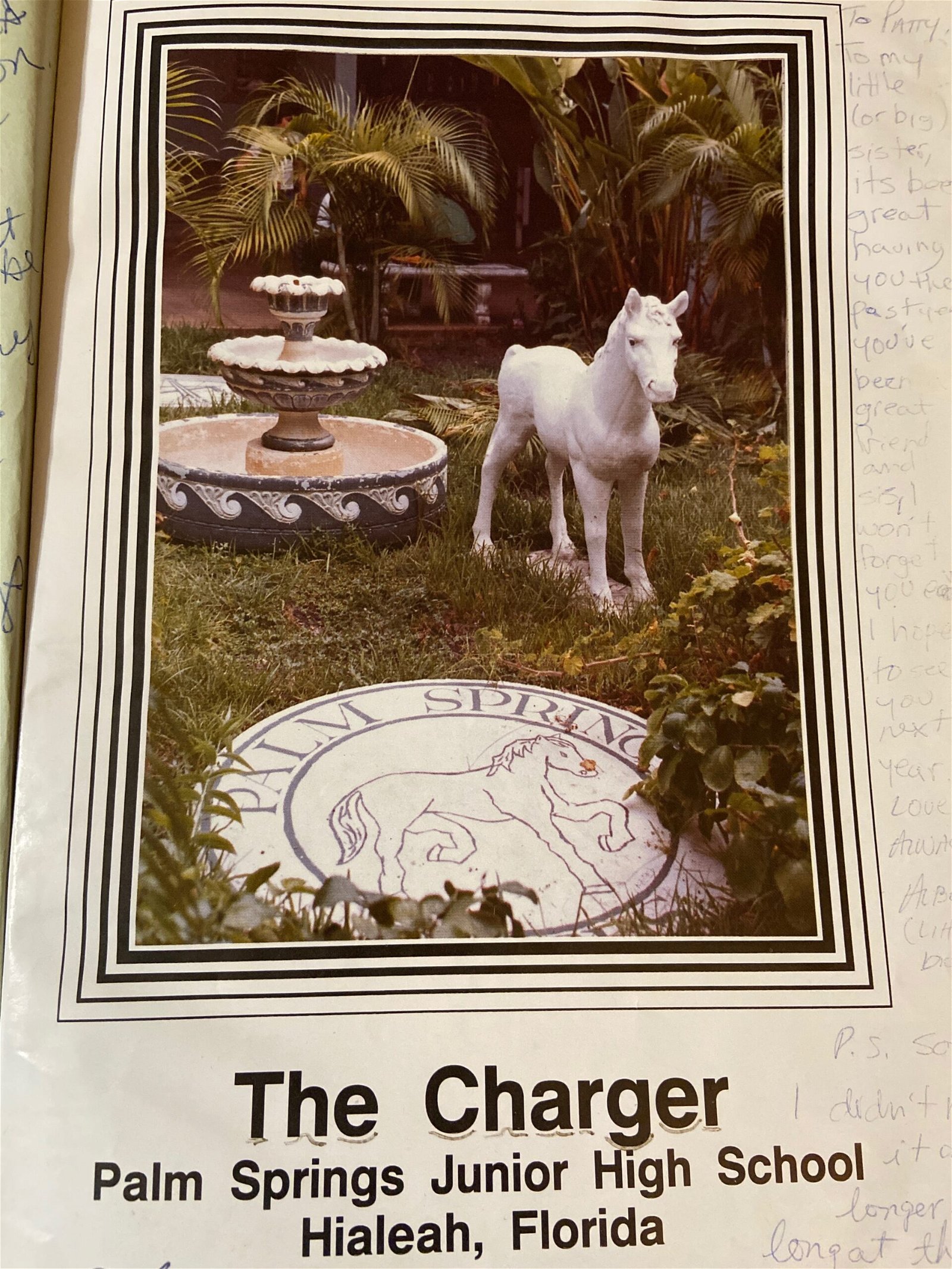 The day after was filled with anticipation and bleary-eyed nervousness. I asked my brother if I could just come around and say hello every afternoon before my first period class.

“Of course you can. But I know what you’re doing. You know she’ll be your friend. Then you might as well kill yourself. She’s really cool and cares about all kinds of people. You’re just gonna get worse and worse.”

“Yeah, you’ve said all this already. I just want to stop by and look a little. I won’t say or do anything stupid.”

“You know where we’ll be. By the way, if you want, I’ll tell her about your diarrhea yesterday.”

The second time I saw her confirmed everything. The pain in my stomach was there and the helpless feeling of something you love and need walking away from you with not a damn thing to do about it was there, and I was very excited about involving myself in this thing that would inevitably crush me.

I only saw her for minutes at a time on a daily basis. My brother gave me access, and I was grateful. The brevity of these visits only worsened my condition, but we rarely run from the flame, we dive into it, naked, already inflammable. My brother warned me, and I knew he was right, but nothing could have kept me from visiting that stone bench every afternoon before class. This is where they’d congregate before moving on. It was a small ruin, complete with missing chunks and obscene graffiti. The bench was surrounded by a small garden carpeted with weeds and littered with disease-colored perennials in scattered bunches. A small pond, filled with brown water and layered with mossy slime, housed hundreds of tadpoles and other strange organisms. A flat, round cement monument, with the school crest painted on it, served as centerpiece to this ailing little courtyard, an unkempt natural scene that teetered on Precambrian surrealism. I’d be there almost every day, unless my brother had his fill for the week. He sometimes got sick of my hanging around, making me sad, but leaving no cause for protest. Considering his own agenda, I think he was awfully tolerant and generous. At times he’d shoo me away for my own benefit, if only for a day, to alleviate the stronghold of this growing obsession. 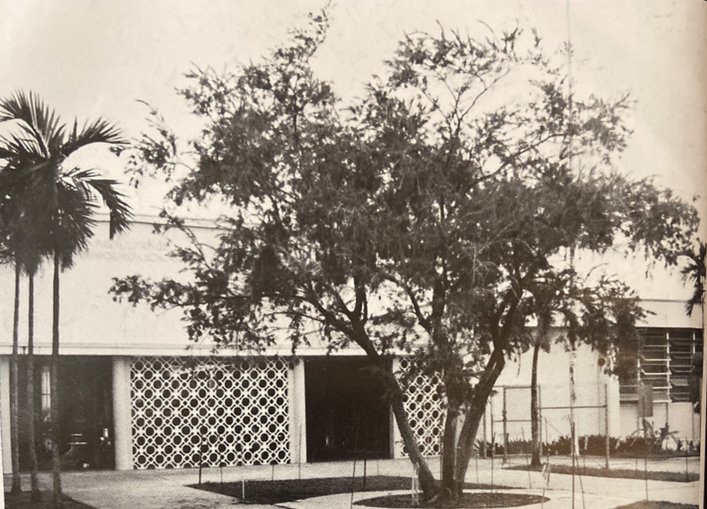 My brother was blessed with inexplicable magnetism. Some have luck making friends and attracting attention, but my brother’s charm went far deeper. Those who sought him out became hardcore fans, devotees, patrons, patients and victims. There was always a plan, an event, an emotional emergency, a con, my brother at its core.

I always wanted to be there. I had a scrapbook back in elementary school filled with cutout yearbook mug shots of my brother’s friends. I called them “The Team.” I aspired to join their roster. I didn’t stand a chance. They were all so bright and Olympic. I saw them wise and so goddamn cool. Mature like our parents without the clueless nature, without our parents’ fumbling, bittersweet inability to accept their steady journey towards death: the realization that accompanies the production of offspring. The Team was magical, healthy, robust, royal, possibly immortal. They had it all. There was perfection there.

But that was then. Now I had to belong. I longed to possess my brother’s gifts and befriend his cohorts and worshippers. I felt that hanging on would knight me through osmosis. So I made myself a nuisance. I never intended to annoy, for I wanted him to love me, to think of me as one worthy of sharing the experience. I knew that being on that plane was impossible, but maybe I could blend in the background—play the surprise witness occasionally turned on for cross examination, an innocuous cameo on that bright silver screen. This would do. You see, I found little satisfaction or connection with my own. They seemed happy enough, caught up in the petty machinations of seventh grade life, a murky existence that only really crystallized and smarted when an upperclassman bumped into us in the hallway. Our mumbled “excuse me” and the jarring seconds of lucid inequity that followed was as clear, as stark as it got.

I stopped eating lunch because I was no longer hungry, and I was fat. The boys she seemed to like were horrible but fit. They were all lean and muscular, like the early 80’s Mountain Dew commercial dudes on a lake with the girls and the cool hair and chiseled torsos. I deplored my lumpy existence and sadly divorced myself from the shower-capped ladies that coddled me with their comfort food recipes and culinary prowess.

I started coming to school earlier, loitering near her classes and her favorite resting spots. I was a stalker, but there was goodness in my thoughts and motives, so I absolved myself of all wrongdoing. I listened to her while she related anecdotes or rehearsed her latest monologue. I really listened, the kind of wide-open reception I find it so difficult to commit to these days. Every word and utterance carried a hint of character, a ray of hope, a drop of her essence, or simply, a pleasant sound. No one else took her in like that, and I know this because no one has ever loved her as much.