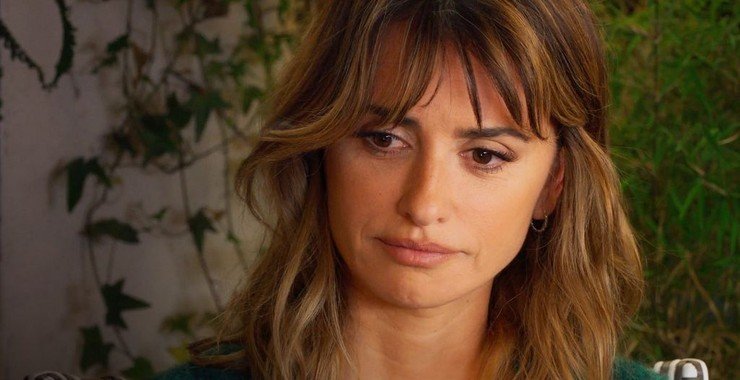 By some scheduling quirk I had to wait until 2022 to see my first great movie of 2021. I don’t know if it was effects from the never ending pandemic, but the movies were a bore this past year. Even Spider-Man was a chore to get through.  It had been so long that I’d seen a movie I enjoyed that I started blaming the victim (me), wondering if I’d lowered my attention span to irreparable levels.

But I finally saw a movie I’d want to see a second time in Parallel Mothers. It’s the 22nd movie by the Spanish master Pedro Almodovar, and it’s as well made as anything he’s ever done. It’s not the sex romp of his early films, there aren’t many laughs. If you had to label it with a genre, I suppose it would be melodrama.

This script in the wrong hands could have seemed like a heavy handed soap opera. Instead with fantastic acting, interesting cinematography, and a Hitchcockian score that makes you think someone is going to get whacked any given second, this flick about motherhood, tragedy and Spain’s dark past keeps you riveted to the screen.

The movie starts with Penelope Cruz photographing an anthropologist who studies the unmarked graves of General Franco’s 20th century victims. She asks him to study the grave of her hometown where she believes her great-grandfather to be buried.

But then comes sex and then come babies and then some twists and turns that would sound a bit outlandish if I were to write them down here. Parallel Mothers accomplishes two amazing feats,  it films babies in an interesting manner (directors are always taught to avoid working with babies and animals), and the film sticks the landing. All the themes touched upon in its two hour running time meld together in a manner where you want to rewatch it to see what metaphors you might have missed. It has the darkest of endings, but it gives hope that 2022 will be a better year for moviegoers.

The 355 review by Pavel Klein

The 355 is at best, ephemeral, and at worst, painfully clichéd. Mostly, it’s the latter. The first five minutes alone feature a Colombian drug lord stereotype with an over-the-top accent strutting around his villa talking about “Cocaína.” If the movie was in on the joke, like a tribute to cheesy action movies or something, it was lost on me. Considering how warmed over the movie’s plot and dialogue is in general, I’m pretty sure I didn’t simply miss the joke.

The plot is typical airport novel stuff, a spy thriller with a banal MacGuffin at its center that characters both savory and un- want to get their hands on. In this case, it’s a little black box that can….unlock the internet? The ludicrous drug lord from the opening demonstrates its power early on, and it still has me scratching my head. How does a device that can give you access to everything on the internet make an airplane explode?! Director Simon Kinberg hopes you won’t think about that. Director Simon Kinberg hopes you won’t think about a lot of things in this movie.

The film’s protagonists are four kick-ass spies (and one intrepid therapist) from various countries around the world. The hook here, though, is that these tough guys are actually…

2022 and that’s considered a hook. We haven’t come very far have we? Okay, fine, you got me. That hook is what interested me in this movie in the first place. So if Kinberg is just a carnival peddler here, I’m the sucker believing his bullschtick.

I do want more action movies with women front and center. It’s just that Kinberg and co-writer Theresa Rebeck seem to be coasting on that idea alone, as if “Hey, women and guns!” were enough to make the movie interesting. Even with a superb cast (the other reason I wanted to see this) that features heavy hitters like Jessica Chastain, Diane Kruger, Lupita Nyong’o, Bing Bing Fan and friggin’ Penelope Cruz, you still have to give these talented actors, y’know, something interesting to do. If these talents are going to be punching down for this movie, at least give them a good reason to do so. Mostly, though, the cast just glowers and try to look tough, except for Cruz whose therapist tends to cry a lot and declare, “I have a family!”.

And sadly, none of the actors who are supposed to be badasses are successful at looking tough either. Listen, I believe these actors are tough and they’re more than convincing in the action sequences. Every single one of them could kick my ass easily (including Cruz’s family of little kids she keeps whining about), though that’s not exactly a feat; the gerbil from Caddyshack could kick my ass. The problem is that the leads are trying too hard to look tough and cool. They smirk, squint, and scowl, but there’s no confidence behind the eyes. It’s just macho posturing that wasn’t a good look on Sly Stallone in the ‘80s and still isn’t a good look on these heroes now.

And why is it that whenever a group of women are featured in a genre movie, there has to be a scene where they get over-the-top glammed up and infiltrate a party together? Did the Magnificent Seven, The Expendables, or whatever dude-centric action flick team you can think of, ever dress up in revealing clothing, glitter, and highlights to do their thing? As much as The 355 pretends to be about female empowerment, it’s still just typical male gaze bullshit.

The movie does have a good amount of action in it, so it would be remiss of me not to address the quality of said action. The quality is…fine. It’s clear that the actors and the stunt performers are giving it their all, throwing themselves into the copious fisticuffs and gunfights, but it really doesn’t amount to much. A lot of risk, very little reward. See, the action just doesn’t have much flare to it. It’s typical PG-13, cut away quick or the MPA will give us an “R” and we’ll lose money at the box office, stuff. When we can see so much ballsier action work on streaming networks that isn’t hampered by the Motion Picture Association’s censorship, why bother a trip to a movie theater for this piffle?

Ironically, The 355 is going exclusively to movie theaters this weekend when it’s banality is perfect for streaming. This is the kind of forgettable content with marquee names that Netflix loves to scoop up. And yeah, despite my heavy bitching, this movie really elicited no more of an emotional response from me than a simple shrug. I could actually see someone enjoying this enough on a rainy Saturday afternoon only to forget it while taking a nap afterward. But do you really need to run to a covid infested theater for a supremely forgettable flick?