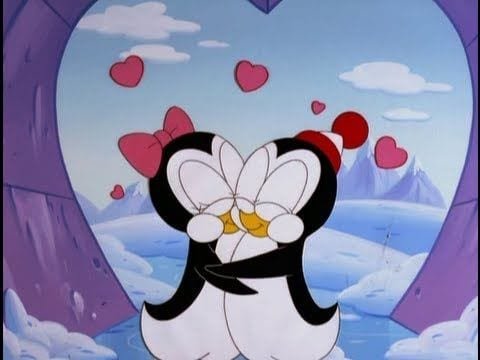 Except for maybe dinosaurs, no animal has received as much cinematic love this century as  penguins. Batman hasn’t had to fight The Penguin in the 2000’s, but we’ve had three cartoon penguin movies with Surf’s Up, Happy Feet, and Penguins of Madagascar. Jim Carrey starred in Mr. Popper’s Penguins in 2011, and it all started off in 2005 with the Academy Award winning documentary  March of the Penguins.

So do you need to see another penguin movie?

If you still have access to your soul, yes you do, if that penguin movie is the new nature documentary Penguins.

There are subtle and not so subtle differences between Penguins and March of the Penguins. March of the Penguins chronicled the emperor penguin with the gravitas of Morgan Freeman narration. Penguins meanwhile follows a different species in the Adélie penguin and has the voice of Ed Helms treating the entire voice over enterprise like this was an episode of America’s Funniest Home Videos. But no matter how jaded you might be, the hokey sit-com jokes  will not stop you from gaping in awe at this spectacular production.

In the isolated, rugged terrain of Antarctica the filmmakers were able to document in sharp focus a family of penguins as they mate, raise their young, slide on their bellies down the ice and flee for their lives away from predators. At times the cynical will wonder whether they are watching the same exact penguins as they struggle through so many travails. But whether the filmmakers fudged the results or not, they were able to cut together a movie that is both an exciting adventure while also an educational experience.

You will marvel at  the impossible odds it takes a baby penguin to survive into maturity. You will hold your breath as a baby penguin escapes from the clutches of a vile leopard seal. You will even laugh at some of the corny Dad jokes as the narration humanizes the penguins.

In a world where children movies’ immediate purpose is to serve as advertisements for tie-in merchandise, it’s a joy that a movie like Penguins exists. Penguins is a flick that isn’t trying to sell your kids anything except for the majesty of nature.