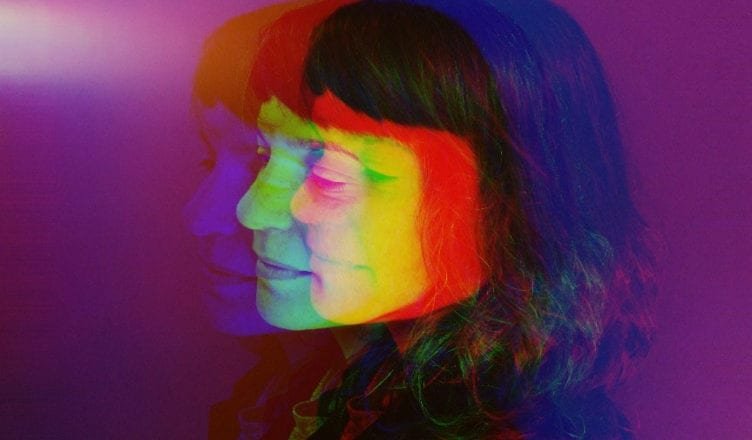 Phaxas makes music that is not just dancy, it’s fun and tasteful. Her new album Patterns in Flux drops digitally on February 26. The 12 beautiful and unique electronic tracks are meticulously produced and the elaborate melodies and parts flow in and out naturally building upon itself.

Born  Denise Faxas,  Phaxas is a musician, producer and DJ. The Miami native has done remixes for The State Of and Mr. Pauer. She’s played in electronic bands, acted as engineer and is the behind the scenes audio and visual manager at  PAMM.

Getting ready for her album release party March 1 at Gramps. Phaxas gave this exclusive interview about the new album, her musical heritage, and living outside the box.

Is your family musical?

Phaxas: Yes my father’s side of the family is historically very musical. My father plays piano and sings and to this day has jams with his friends. My grandfather was also a pianist, guitarist and singer. He and my grandmother used to sing and perform together. Not entirely professionally but at community engagements and such. My cousin Eileen Faxas is in musical theater and has done Broadway and off-Broadway performances. There was actually a Cuarteto Faxas in Cuba, they were a band that did Cuban Son style music.

Do you think that influenced your style or just motivated you to play?

Interestingly enough I really didn’t intend on being a musician or a performer. I thought myself as someone who would be more behind the scenes… running sound or production. Music just followed me, and being that I come from a long line of musicians, it came very naturally. When I first got on stage I was so nervous I thought my knees were going to buckle. But as soon as I hit the first sample on my beat machine and belted my first words in the mic, I was hooked.

When did you start playing music?

Sometime around 2006, 2007. The band I was formerly in, sort of “pressured” me to be on stage. I was their primary sound engineer, running sound for their live shows and recording demos for them. The more I got involved, I began to give production input which lead to recording some “scratch” vocal tracks. Funny enough some of those “scratch” tracks became the final tracks. I was left with no choice but to become a performing member of the band. Unwillingly to be quite honest, but I am so glad I made that decision and stuck to it since.

Is there a theme or mindset when you started Patterns in Flux?

The album as a whole explores repetition but not quite. I have always been a fan of Steve Reich and Philip Glass. Composers that created a framework for minimal electronic music. There is repetition yes, but there are also subtle changes throughout that keep it moving and if you are not actually listening you may dismiss them. This is the kind of music and sound that really gets me excited. It’s heady and not so obvious and I love that. Patterns in Flux is a celebration of that. As for themes, every song has it’s own little universe. The titles of the songs are representative of them. Like take “Talk is Talk” for example; I was contemplating on the idea of people living the life they say they live. There are many who say they live progressively and want to make changes or live outside of the box, and although some are true to their word, others shy away when things get challenging. People can easily fall on living the way it’s been “written” to live. Does that make sense? And so the song is celebrating, the act of living through your words and actions… hand in hand.

When you say progressively and live outside the box and shying away when things are challenging are you referring to LGBTQ or .. ?

No not necessarily. I’m referring to it in a more general way. And yes definitely being open and accepting of one’s chosen gender or sexuality is a part of it, there is also so much more we all are. For me it was a catalyst, when I accepted my sexuality to begin thinking out of the box but then my contemplation on “how things are and could be” became much more than that. We actually just filmed the a video for it last weekend. My roommate and dear friend happens to be an incredible dancer so most of the footage is her interpreting the song and moving and swaying with it.

I’m not sure if i can ask about the accepting of your sexuality and that being a catalyst but i find that very interesting, especially from a female perspective in music.

Yes you certainly can! I am openly gay and in some ways feel blessed about it. At first it seemed like a curse as with many who feel different or that they would not be accepted but in the end it has shaped me in so many ways not even related to sexuality. I am more courageous, empathetic and sympathetic simply because of accepting myself and loving myself exactly for who I am. These moments of clarity and acceptance of oneself are like a call-to-action.. to be a better version of yourself… the version that is true.