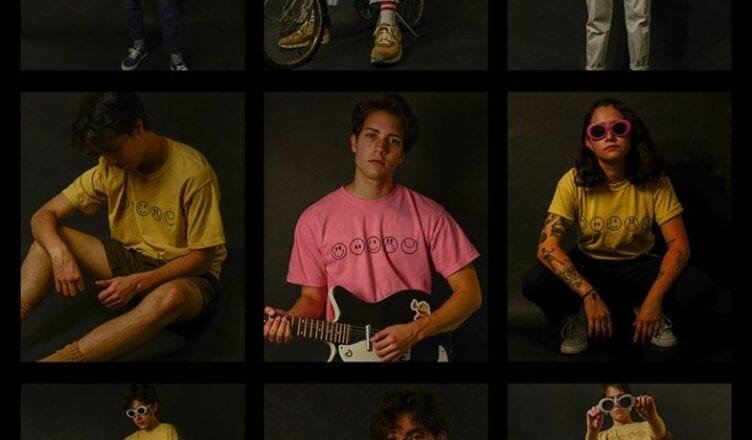 There is nothing more rewarding to a band or heartwarming to a crowd than to see a natural progression from a garage band to the road of stardom. Miami’s local indie band, The Polar Boys, are riding that road. The band consists of four lifelong friends from West Kendall; who met in their school’s band class: Andres Baquerizo  (lead guitar), Jake Karner (Drums), Alex Ramon (vocals and bass) and Andy Zambrana (vocals and rhythmic guitar).

The group is inspired from a wide range of sounds such your typical outputs of indie, like The Strokes and The Beatles, to counterintuitive heroes like Tyler The Creator and The Beach Boys. The Polar Boys love to push the sound as far as they can—hoping that the finial product is as unique and mysterious as the origins of the bands name.

Their newest single,  “Nothing Has Changed” offers a laid back indie gem—full of rhythm and melody. The vocals are gentle which contrast nicely when combined with a catchy chord progression and a determined drum pattern.

While The Polar Boys debut album remains undated, the group is perfectly happy pushing singles throughout the new year; while also promoting their fashion design where smiley faces seem to be a motif. During my interview with The Polar Boys, we discussed the future of the group, the cultural hub of Miami and most importantly—the impact that Hungry Bear Sub Shop had on the band.

How did “Nothing Has Changed” come together in the studio? What’s the story behind the song?

Andy Azmbrana: This is the first concept we ever wrote for this new project we were working on back in the summer. When we decided to do this project, we came up with about thirteen different concepts. This isn’t the original version, the first draft had elements of the band Hippo Campus, but over time, we started to change the lyrics a bit. The song is more about a certain point of time rather than a person—although you could apply it to a person if you wanted. We built it from the ground up; starting with a melody and a chorus.

Alex Ramon: A lot of people tell me that the lyrics of the song sounds like a “love interest,” but the song is strictly platonic. It’s just about a sound that inspired a certain vibe—and thinking back to a different time.

This isn’t The Polar Boys first music video, but how is the process for you guys? Are all the videos shot in Miami?

Andy Azmbrana: We would rather focus budgeting on props rather than a new location—but hopefully a new location can happen one day. I would love to do a more forest-like scene— towards the West Coast.

You guys poked fun at the bands name in the music video of “Nothing Has Changed,” mind telling us the real meaning?

Alex Ramon: This is a classic question, but generally speaking, there is no good answer. I think Jake threw it out randomly and it sounded cool enough. We have this theory that any band name sounds bad in the beginning. If someone pitched the name “The Rolling Stones” to us, we would hate it. It makes no sense. I think there is some symbolism to it, but nothing much to it.

I think you made a good point about band names always sounding haphazard in the beginning.

Alex Ramon: If the music stands for itself and sounds cool, the name will be cool, too.

Andy Azmbrana: One name I think in particular is ‘The Red Hot Chili Peppers.’ I guarantee if they didn’t sound great, the name would suck!

You once defined your sound as “Retro Pop Rock,” mind explaining the thought process with that?

Jake Karner: Retro pop rock was sort of a name we put together to separate ourselves and peak interest.

Andy Azmbrana: We truly have no idea what it means. I think we moved away from that, honestly.

Jake Karner: I think we all had an early interest in ‘80s music and classic rock—so we wanted to incorporate that into our music. We wanted to write pop music that is still considered rock and modern.

I imagine the time in the studio has been all consuming, but are you planning on some shows in the future?

Jake Karner: Yes, as of now, we are in the works of playing a Florida tour with another band down here. I can’t say too much about it, but we are planning it. This would be the beginning of February. On top of that, we have been looking to put on our own shows here with bands and vendors we like. We are also trying to looking at SXSW in March. We have been working really hard to get that set up.

You have one song/video titled “Kendall Drive,” which is ironically shot on the beach. What are some of your favorite Kendall spots? How has Miami shaped the band overall?

Alex Ramon: I highly recommend El Rancho Grande. It’s a Mexican restaurant. The food is really fresh and they have a great vibe.

Andy Azmbrana: Both are really good, but to answer your question about Miami— it has definitely exposed us to more culture and music. We meet all these bands and get to see a great hardcore scene and a great rap scene all in one. There are so many shows and it opens us up to all new music which can influence our music.

Alex Ramon: I grew up in a Latin household and music is a central part to every gathering. I think having music around you at such an early age really helps you gain interest.

Where do you guys want to see The Polar Boys in the next five years?

Alex Ramon: Somewhere between playing a dive bar and Madison Square Garden; somewhere in that spectrum… But seriously, I think we are still on the quest. I think I romanticized the debut album in a way where we experiment and every time we release new music, we get closer to our goals and get better. Hopefully it will take less time, but we are proud of our progress so far. It would be nice to have a unique and original debut album come out in that time; oh, and a million followers on our SoundCloud.

Jake Karner: It would be nice to eventually have more resources. I would love to have the band be sustainable enough to make more music—that’s what I get excited about.

Andy Azmbrana: I think within the next five years, we will definitely be able to press vinyl. We will try to play outside of Florida—something we haven’t done yet. Hopefully we can start opening up for bigger acts in bigger venues and play music festivals as well.

View all posts by Grant Albert →