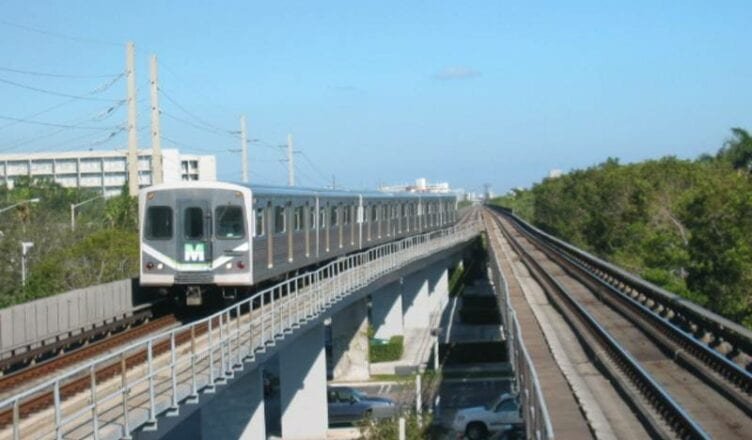 Living in Miami has its high points. From the incredibly flavorful Latin and Caribbean cuisines, the alcohol-fueled nightlife and the 24/7 sunshine, South Florida can be a safe haven for any young professional in their early to mid-twenties. However, the only thing that could ruin the utopian image they have of Miami is the lack of accessible public transportation.

Nearly every major US city has public transportation that is quick and easy for its citizens to use. South Florida, for all its outside activities, is nearly impossible to navigate around unless you have a car.

Over the course of ten years, Miami’s growth as a city has tripled in population, thus leading to overpopulation and an influx of snowbirds from other states. Another rapidly growing city that is going through something similar is our nation’s capital, Washington D.C. Both rivaling each other in housing unaffordability, D.C and Miami have quite a few things in common. They’re both growing metropolitan cities with a young demographic and both have a booming industry when it comes to tourism.

The only problem with Miami is that, in comparison to D.C, the metro system is a farce. A month ago, I was privileged enough to be able to vacation in Washington for about two weeks. The drastic change in metro systems was enough for me to want to stay there for another month and a half.

D.C, thanks to their triangular streets, could easily create a subway system that was designed to move massive amounts of people.

Using their Metro was perhaps the most enlightening experience of my life. The simplicity and the ease of transportation made traversing through the National Mall a breeze. In Miami, compared to its national counterpart, has a huge cleanliness problem, couple that with its inability to make it accessible to all of South Florida (Cutler Bay, Homestead, Palmetto, etc,) and it makes it impossible to comfortably get where you’re supposed to go. As a young professional trying to pay rent, light, and water bills, having a cheap and easy option to get around town is a plus.

Where other cities have competent, trouble-free subway structures, it’s clear that Miami lags behind in several areas. D.C is a transportation mecca, it’s no wonder that people are flocking to it to begin their future and fulfill their dreams. If Miami wants to keep up with other progressive cities in the country, it’s imperative that changes are made to public transportation.

If not, they could see young adults leave their city in droves in search of greener pastures.