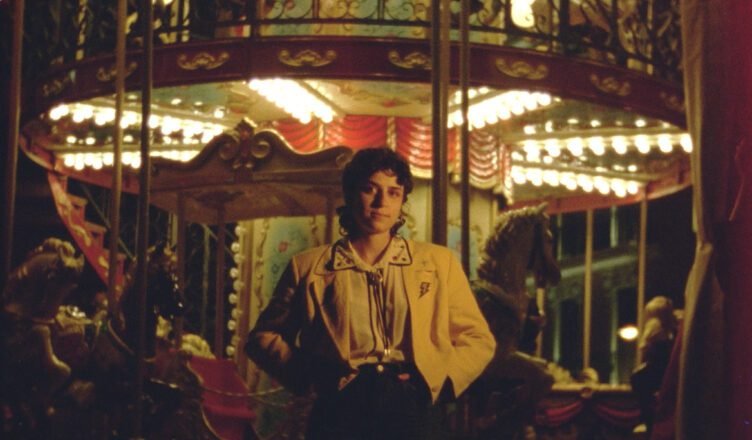 I think it’s a bit funny how I met my friend Rachel Angel. I was producing an event for O, Miami, pairing songwriters with poets to co-create songs, and as such, was on the hunt for great local songwriters and poets. My friend Juan told me he worked with someone who was a great songwriter.

Nick: So you’ve heard her play live, or just her recordings?

Juan: Well, neither, but I can just tell she’s really good.

This was very funny to me, the absurdity that Juan was so sure there was this great songwriter in the midst without ever hearing her play a note. The really funny thing is that he was dead right. When you meet Rachel, she has this quality about her, and you just kind of know right away that you’re looking at the real thing. Once I met Rachel, I knew I was meeting someone very special, and once I had the pleasure of hearing her songs, I was convinced she was the best songwriter for hundreds of miles in any direction.

It was an honor to put out her last EP, Highway Songs via Public Works Records, and now she has released her debut LP, Midnite Heart Attack– a tour de force in composition and distinctive sonic expression that very much feels like its coming from the creative HQ of someone who really knows what they’re doing and is ready to take you somewhere exciting and new. She represents everything I would ever be looking for in a songwriter, and I’m very proud to consider her a close friend and confidante.

What follows is a brief correspondence via computer on a sunny day in September in Miami, a couple weeks away from a record release moonlit soiree at The Anderson on October 8, where myself, and Daniel Milewski will warm up the stage in the year of our lord two thousand and twenty two for a one off full band set of these powerful spiritual songs by the one and only Rachel Angel.

NC: Come in Rachel, are you there Rachel?

NC: I heard a very loud yell as we were getting off the phone just now, is everything ok?

NC: Seems like a funny thing to get yelled at for…

RA: Is this part of the interview?

NC: Assume it is.

RA: Sometimes I just scream her name to let her know that she’s cute.

NC: What does she do?

RA: Whimpers and then licks my face, sometimes rolls over for a belly rub.

NC: Why write songs at all when you have that kind of devotional love in your life already?

RA: Lily can’t speak human English, so there’s some things we can’t communicate… there’s a part of my soul that only music can touch.

NC: For our readers, Lily is a dog.

NC: What do you hope people or dogs take out of this new collection of songs?

RA: I just hope a lot of people listen to it, and enjoy singing along to the songs, and enjoy cleaning the house, and driving the car, and cooking to it. All the stuff I do when I listen to music –and that it moves them in some way, I genuinely hope they get excited to put it on.

NC: Do you think it’s bad to wonder how your songs will make people feel? I mean more specifically I suppose…

RA: I actually just thought about that last night. I don’t think of my songs as generally dark but sometimes people have said they are – and last night I started to worry (for the first time ever) that they might be too angsty for people. I think when you’re creating the songs it’s bad to think that way. but after it’s ok; at a certain point you have to let go of that thinking…

NC: What do you think they mean by too dark?

RA: I don’t think they mean the melodies. Those are light and catchy I think. Maybe the subject matter and the way it’s sung? I worry that people don’t want something real nowadays, but then I think about how my favorite music is emotional and intense and it only makes me feel good, the emotional music, I mean.

NC: It’s funny, dark music is so uplifting to me, it makes me feel better in dark times. I often wonder what people mean when they call songs dark or too dark. I wonder if it makes them feel uncomfortable to feel those deeper things. Then I wonder if that’s part of the point of music sometimes….

RA: Right. yeah, this is what I was thinking about last night which was spurred by a conversation I had with my friend when she asked if I think people try to create music that’s “in” right now or that everyone will like. I told her I couldn’t do that even if I tried but maybe it is sort of a talent in its own way. I wonder the same thing. I don’t generally like feeling uncomfortable at all, but the beauty of music transcends that. and at times makes me feel like I’m an actor in my own personal soundtrack.

NC: I like that. It expresses this feeling of disembodiment that I have towards my songs sometimes, a distance between us I suppose. You’ve been traveling a bit and playing these songs for new audiences, has that changed the way you feel about them at all?

RA: No – but I have been paying attention to the reception that people give me afterwards. It’s almost always about my voice and the way that I sing and the emotion behind it. So it’s given me some insight into what stands out to people. But someone almost always laughs or shouts when I sing “Daddy.”  I think the song changes every time you play it in front of a new audience; it’s subtle but definitely something you can pick up on, like what’s landing and what’s not.

NC: I think there’s a part of your music, for me, that’s about challenging people, confronting their expectations either from a lyrical or a sonic/genre perspective. Is that something you do intentionally?

RA: No. I don’t do anything intentionally when it comes to writing songs— creating soundscapes, arrangements, sure. But not writing. I just follow the stream. I like to experiment and be loose though, I don’t want to do things the common way.

NC: I hear you. I often wonder about the balance of following the stream vs craft. How do you reconcile these things in the writing process?

RA: I  struggle with that! Sometimes I feel so adverse to sitting down and learning things technically. I just try to play a lot of music I like and kind of memorize it and embody it. Then when I’m writing I just try to get the idea out fully, and then I can go back and edit and add a bridge (sometimes, it doesn’t always work). I can probably write from craft for another person, but for me, it’s all about the stream of consciousness.

NC: Do you ever feel you find the meaning of the song for yourself after you write it? Or do you feel like you know what it’s about for you once the pen first lifts from the page? I’m kind of thinking specifically about “Closer To Myself” here if that guides your thoughts in any way

RA: I’ve had both experiences. But lately it’s the former, rather than the latter. Closer was one of those wake up, write in five minutes kind of songs. It started with the melody, from a dream, and then just kind of evolved. When I’m in the moment, I can guide it and steer it towards the message but I always let the words be what they want to be.

NC: It must have been thrilling to have something like that waiting for you when you popped out of bed in the morning.

RA: Yeah, a lot of the songs were written like that on the album. But that one specifically just kind of burst out of me.

NC: That’s interesting to me, the writing in that song is so focused, it’s hard to imagine it came like that fully formed, pretty incredible.

RA: My dad told me it needs another last verse, ha.

RA: I told him it was already mixed and mastered.

NC: I always thought the bridge was an interesting division. What’s the difference between the two different kinds of hunger there?

RA: Ha! I still don’t fully understand it myself. Sometimes when I listen, I wonder the same thing. There’s a couple lyrics on the album that I actually don’t understand why I wrote them.

NC: Fair enough, I know the feeling… sometimes they just feel right and you don’t know why, and I think that’s ok.

RA: I don’t remember writing that part…The lyric on “I Need Love” I dip into the sea like conduit like a bat out of hell like what? No idea. That whole song, I have no idea.

NC: sounds like maybe the muse, no? the conduit bit I mean.

NC: It’s the sometimes scary outside power that enters you and fills you and you become it…. maybe?

RA: There you go.

NC: Sometimes I think certain songs I write are written not by me, but by a version of me. like a future self. Have you ever felt anything like that?

RA: Yeah! But for that one, it almost feels like I am singing someone else’s story. Like I don’t even know where Elmhurst is. I had to look it up. New York and Illinois?

NC: Maybe you passed by it once and forgot but it stayed with you…  it just sounds nice too.

NC: Well, this has been really fun! I could do this all day, but we are of course very busy people.

RA: Ha me too – maybe you’ll let me interview  you one day, or the powers that be will!

NC: Any parting thoughts for our readers, or any words of encouragement to coax them into attending our event 10/8 at The Anderson?

RA: Listen, stream, share, spread the gospel. And come because it is going to be a night of amazing Miami songwriters and musicians, great songs, and I have some amazing merch waiting for you. Gardens, vibes, all around. There are too many amazings in that sentence, you can edit it.

NC: I would just like to say once more that this record is really thrilling to listen to— I would love it in any context I encountered it, truly, but to know you, and have had the opportunity to be in your midst these last few years, I’m especially proud and so happy for you. Congratulations my dear friend! Don’t worry, I will edit (*writers note, didn’t really edit)

RA: Aw thanks so much for your unending support! Means the world.

Nick County is a songwriter, gambler, and birdwatcher living in Little Havana. His new album, "Nick County & The Rainbow Smoke: Cocorico Simpatico Corazon" is currently streaming on all digital formats.

View all posts by Nick County →