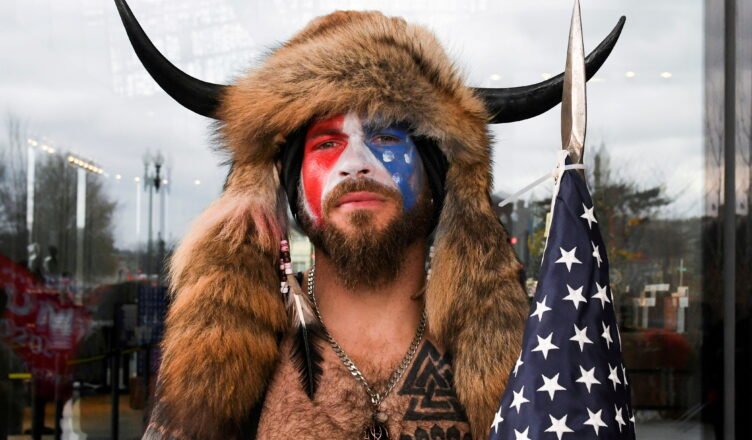 Want to share that QAnon thread that just popped up in your social media feed — Donald Trump, wearing a leopard print loincloth, an American flag headband, scimitar in hand, astride one of the Four Horses of the Apocalypse, accompanied by Michael Flynn, Rudy Giuliani, and the recently risen-from-the-dead John Wayne — predicting Trump will return to the US Presidency on January 6, 2022?  Go right ahead.

Hey, you know the whole Scamdemic and phony vaccines (please?) were developed by Bill Gates and Mariah Carey to increase their global control over the mindless sheeple who are dumb enough to get the jab.  It’s true.  In addition to all the info your brother in law’s fishing buddy has gleaned from the internet, you have really (I mean really) listened to “All I want for Christmas is YOU,” and discovered the hidden meaning in the lyrics.  Please share that information.  It’s your right. Okay, it’s not specifically enumerated in the US Constitution — that exceptional document — but like the penumbra of privacy, your Right to Stupid shadows the constitution, and is, based on behavior, one of our most cherished rights as citizens.

People who know me well are pretty fed up with my quoting the opening line of “The Great Gatsby,” “In my younger and more vulnerable years my father gave me some advice that I’ve been turning over in my mind ever since. Whenever you feel like criticizing anyone, he told me, just remember that all the people in this world haven’t had the advantages that you’ve had.” It’s brilliant and rings true in so many situations.

The same holds for the wisest observation ever made to me in my youth.  It came in my 18th year, when a landlord and occasional mentor advised, “You are not as smart as you think you are.” Words I’ve lived by ever since, and I encourage you to do the same. But I have good news for you.  It doesn’t matter.  Your right — and my right — to stupid is constitutionally protected.  Yes, that illustrious bulwark of American exceptionalism is broad enough to protect the least exceptional among us.

I know what you’re thinking – “Maybe I should have had that second Danish.”  Or, “Yeah? Prove it.”

In 1965, the United States Supreme Court affirmed US citizens’ general right to privacy. Though the Right to Privacy, is not included or mentioned in the Constitution, Justice William O. Douglas, writing for the court, identified the ‘penumbra’ of privacy embedded in that exceptional document.  Privacy’s shadow, he concluded, is evident throughout the Bill of Rights and in specific amendments. The same can be said for the Right to Stupid, as any Trump University graduate can attest.  Though not specifically mentioned, US citizens’ constitutionally protected Right to Stupid lurks like a shadowy figure outside the public restroom of our national conversation.  It allows – hell, encourages — citizens to remain oblivious to science, overwhelming evidence, and common sense.  Your Right to Stupid appears most evident in the First, Second and Fifth Amendments. There may be more instances. Since I’m not a lawyer, these three will have to suffice. To wit (I have never written that phrase before and promise never to again).

Congress shall make no law respecting an establishment of religion or prohibiting the free exercise thereof; or abridging the freedom of speech, or of the press; or the right of the people peaceably to assemble, and to petition the government for a redress of grievances.

The First Amendment prevents the establishment of a state religion but allows our fellow citizens to exercise their religion even when they believe their religion should be the state religion, an awkward contradiction not evident to the Christian Nationalists amongst us. The First also provides citizens with free speech, which if some people knew how they sounded they would exercise a lot less. Freedom of the press ensures both Alex Jones and I have the same opportunity to share our views. Your Right to Stupid allows you to choose which one to believe. And I suspect, some of the January 6, 2020, seditionist insurrectionists, and their fellow travelers, in their fevered minds, are relying on the First as justification for their assembly, where they hoped to hang Mike Pence as a most vivid means of redressing their grievances. Are they stupid because they tried or because they failed? Either way, stupid.

A well-regulated militia, being necessary to the security of a free state, the right of the people to keep and bear arms, shall not be infringed.

Suicides in the US accounted for 60% of 39,740 firearm deaths in 2018.  36% were homicides and 1% were accidents.  You’ll probably live longer if you don’t own a gun, but it’s your right.  What about that good guy with a gun? The Washington Times, that bastion of objective journalism, identified 11 instances when a good guy with a gun stopped a bad guy. That certainly offsets the over 39,000 deaths in 2018.  I don’t even know why I bring it up.

No person shall be held to answer for a capital, or otherwise infamous crime, unless on a presentment or indictment of a grand jury, except in cases arising in the land or naval forces, or in the militia, when in actual service in time of war or public danger; nor shall any person be subject for the same offense to be twice put in jeopardy of life or limb; nor shall be compelled in any criminal case to be a witness against himself, nor be deprived of life, liberty, or property, without due process of law; nor shall private property be taken for public use, without just compensation.

The Fifth.  How many times in jest, light-heartedly, have we all said, “I take the Fifth?” Or “I plead the Fifth?”  We know it from childhood. It’s drummed into us.  We don’t have to incriminate ourselves. We can remain silent on all those many topics we know so little about. Yet, we are compelled to revel in practicing our Right to Stupid.  Just look at Facebook.

Fellow citizens, your Right to Stupid is fully embedded in the Constitution, and I note — given recent developments — you are freely exercising that right. Well done.