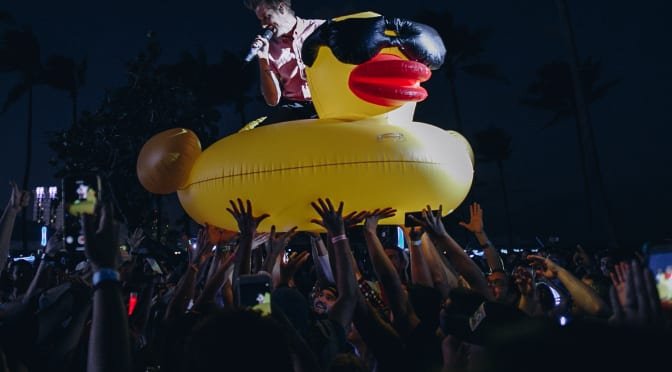 The Riptide Music Festival, now in its fourth year, continues to grow into the definitive South Florida alternative-indie music festival. 2019 is no exception with a just announced lineup including The Killers, The 1975, The Revivalists, Silversun Pickups, Judah & the Lion, K Flay and more. In addition, early bird tickets for the two-day festival went on sale today for a paltry $49 (they sold out in minutes).

Still, fifty bucks for a two-day music festival? Wow. And it’s on the sand in beautiful Ft. Lauderdale beach, walking distance from Las Olas and all the bars of the area. Riptide is hosted by 104.3 The Shark, South Florida’s primo alternative rock station, and this year the festival is slated for November 23rd and 24th, the weekend before Thanksgiving.

We’ve reported on the last two Riptide festivals and this year the program is different. Unlike the last two years, Riptide is wisely focusing on its bread-and-butter: alternative rock from TODAY!

It’s good to see Riptide Music Festival catering to the Zeitgeist (what’s popular now) and offering an amazing lineup at an incredible price.

Stay tuned for more updates on the festival as they announce more bands and news. For tickets to the Riptide Music Festival, click here.