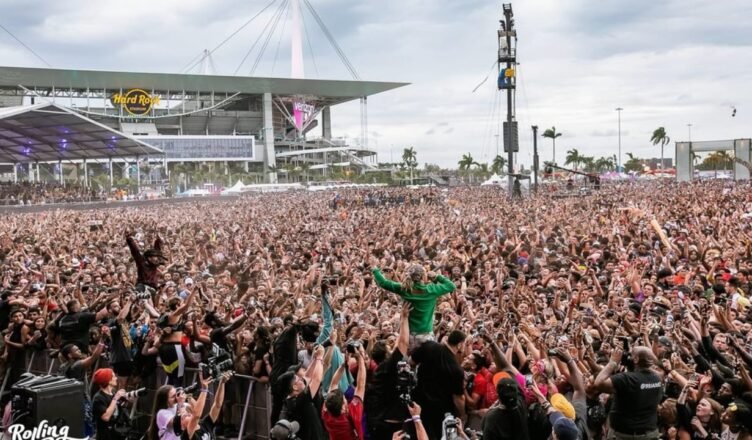 Are we really doing this? Rolling Loud says we are. So I guess we’re doing this. The biggest festival in hip-hop is on schedule to take place July 23-25 at Hard Rock Stadium.

And so starting this weekend South Florida is back in business for massive thousands and thousands of sweaty people bumping into each other type music festivals. The three day event starring Post Malone and Travis Scott is sold out. While they are not announcing the number of tickets that were sold, previous editions had sixty thousand attendees.

But this is just the start of concert season and don’t blame the young whippersnappers who make up the audience of Rolling Loud for being the irresponsible ones. A lot of acts that nobody under twenty has heard of are about to start playing massive venues, filled with millennials, Gen Xers, and even our beloved boomers.

Hard Rock Stadium is going to see Green Day, the weekend after Rolling Loud. Coral Sky Amphitheatre will have Kings of Leon, Korn, and Alanis Morissette in August. But these are at least all outdoor concerts.

The packed indoor shows start off with J. Cole selling out the arena where the Miami Heat play on September 24. Hard Rock Live will be hosting old timers like Hall & Oates, Eric Clapton, and Guns N Roses.

Even the seventy-something year old The Monkees will be playing a full capacity concert at The Parker Playhouse.

So after a year and a half absence, concerts are back. Let’s hope we know what we’re doing by going to them.