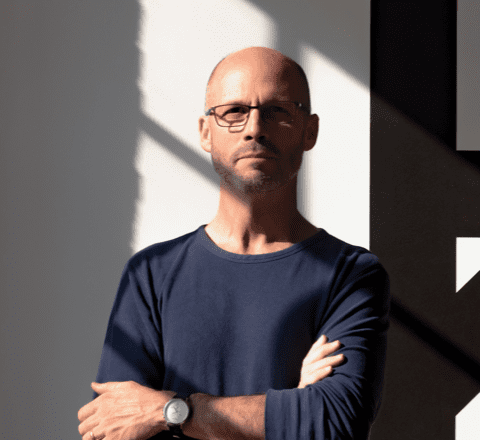 Long before rock stars smashed guitars or MC’s scratched vinyl, there was the voice and only the voice. It is impossible to say when the concept of singing first sparked with our ancestors, but it is safe to say singing is a perpetual evolving phenomena, and devoid of any finite limitation. The concept behind Roomful of Teeth—the eight-person ensemble of extremely gifted singers—is as simple as it is powerful. They want to push the barriers of how we understand the voice and morph it into one starstruck performance. The members of this contemporary choir are trained in all different forms of singing that surpass European tradition. This diplomatic ethos in forming the group makes for a hodgepodge of thought provoking collaboration.

Roomful of Teeth was founded in 2009 by Brad Wells. If you fast forward to today, the group has a Grammy award under their belt, an extensive feature on the New Yorker, and to top it off, an NPR Tiny Desk concert. Roomful of Teeth strives to perform contemporary music. Unlike Sunday mass, Roomful of Teeth yodels, hymns, and performs in an unprecedented brio that is as harmonious as it is and marvelous.

In collaboration with IlluminArts and Oolite Arts, Roomful of Teeth will be debuting in Miami on Sunday, January 26 at the Faena Theater in Miami Beach. In addition to their performance, the ensemble will be paired with visual artist and Miami resident, Diego Gutierrez to form a sort-of interactive concept between Roomful of Teeth and Gutierrez’s paintings. Found below is an interview Jitney Books had with the founder of Roomful of Teeth, Brad Wells.

Can you explain how you had the idea to create Roomful of Teeth?

Brad Wells: New music for voices; it came out of an idea I had as a gathering sense in the 1980s when I was in college studying voices and composition. I listened to all types of music and loved all kinds of new music and new music for the voice. The voice sounded different whether it was in rock, pop, jazz, or from different cultures, and I responded sort of viscerally in different ways. So this idea emerged that if those different ‘colors’ and energies coming from the voice in different contexts, and could be accessible to different composers, this could open an exciting new range of possibilities.

Roomful of Teeth prides itself on the diversity of their singers, I know the singers have had different experiences and training from singing death metal to yodeling, why do you think this diversity is so important?

Traditional choral music, for the most part, emerged out of a single ideal vocal sound in Western Europe. It’s certainly beautiful but the context of our singing is very different now. We all speak in different ways depending on our age, where we are from,  our emotional state, how big the room is; and all these things affect how we sing, as well. So why wouldn’t that extend and expand into composition for singing?

You were flying to California before I spoke to you, what did you listen to during the flight?

I listened to Keith Jarrett’s Sun Bear Concerts. Before that, I was listening to Anderson Paak’s album Ventura; such an amazing album. I was in Los Angeles and wanted to listen to some music reflective of Southern California.

Roomful of Teeth plays more contemporary pieces. What was the reason behind that decision

My interest was to create new music. People ask us if this is classical or what exactly is it? One could say that it comes from the classical tradition because members in the group, for the most part, have been classically trained.

We like to think of Roomful of Teeth as a band. When you form a rock band, for example, you aren’t going to ask, “What? you’re only performing new music?” The primary aim is to create songs that feel good and interesting to us that we want to share with the audience. The key is to create stuff that is meaningful now, that is all we can do. However, we will do older pieces from time to time: Berio’s Sinfonia, Claude Vivier’s Kopernikus, for example.

Can you explain your normal warm up routine before a show?

Everyone in the group is  far into their career and their own relationship with their voices that I don’t warm them up as a group. Each singer has their own approach and like dancers or athletes, they warm up individually. But I can give some examples: a few in the group use belting in part to warm up their voice. Belting is a distinctive position for the  larynx with especially bright vowels and it can serve to free up the voice even for singing with other techniques.

We have two EPs coming out this summer that we’re very excited about. We’ll also be recording our third full-length album which will be released in 2021. It will feature some of our favorite recent works including William Brittelle’s “Psychedelics” which we’ll be performing in Miami. It’s an astounding piece and really showcases what the ensemble has matured into over our first decade.