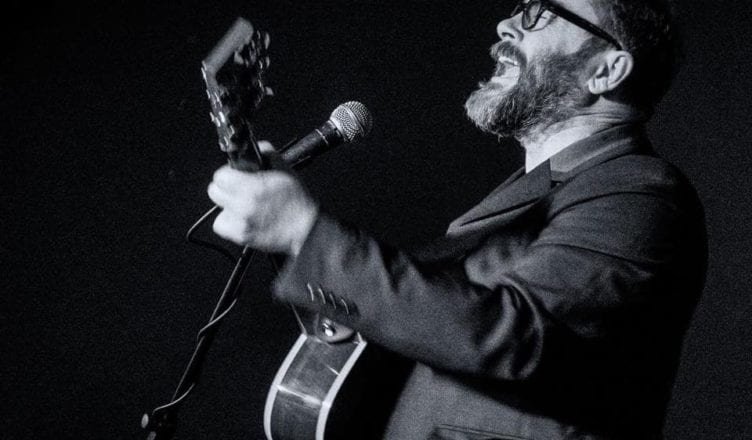 Royston Langdon told me he’s a lot like me. I smiled and thanked him for being so gracious.

He pressed on, “No man, we’re both at the beginnings of our journeys.”

Langdon has a voice that could win The Voice. He was the lead singer and bassist of the platinum rock band, Spacehog (“In the Meantime” reached #1 in 1996). He was married to Liv Tyler. He is not the same as me…or you either.

But it is true that he’s at the beginning of another journey. Royston Langdon will perform a 40-minute solo set at the Culture Room in Ft. Lauderdale as the opener for the Psychedelic Furs. The US tour, which kicks off Saturday in Fort Lauderdale, does indeed mark a new beginning for him.

Now a solo artist, he feels “raw and uncomfortable” and admits he is “horribly insecure”.

Life will do that. Rock star excess syndrome and changing musical tastes (damn you Limp Bizkit!) spelled the end of Spacehog. His marriage to Liv Tyler ended in 2008.

“Lots of changes. A kid, divorce. I’m still trying to figure it out…..looking for balance in my life.”

Last year, under the name LEEDS, he released an album called Everything’s Dandy. It was reported in Billboard that he didn’t use his real name because he was employed as an artist in residence at Spotify, and it would have been a conflict of interest. He told me it was also to “stick his toe in the water” and to gauge the public’s response to see if it would “stand up on its own feet.”

Roy is done with corporate obligations and is sufficiently encouraged to commit more than just a toe to his music career. He has surrounded himself with a support team of trusted managers and talented musicians to rely on. His next album will bear his name and will be “something that makes me feel good.”

“I’ve never made music just to make money from it, so I won’t be challenging Ariana Grande anytime soon.”

That said, he realizes the more he succeeds, the more he will be able to accomplish musically, which clearly, aside from his son Milo, is what he lives for.