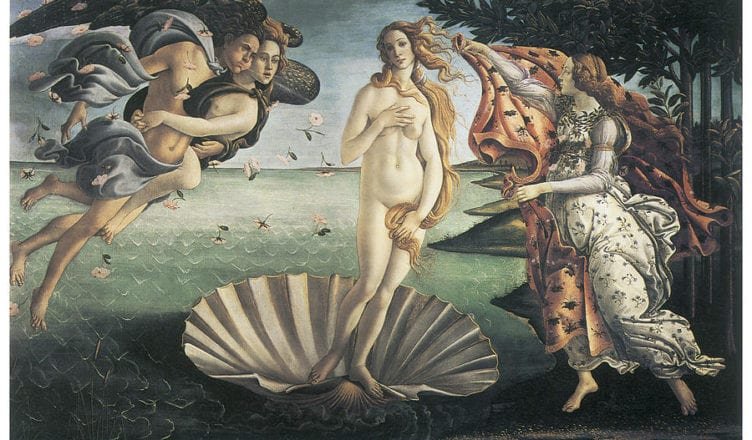 The internet has made these kinds of conversations obsolete, but I can remember a time when insanely weird movies were passed along as urban legend. Did you hear about the movie where Ringo Starr and Peter Sellers throw money into a puddle of feces to see who would grab it? How about the X-rated cartoon cat movie based on a Robert Crumb character? What about the flick directed by the guy who made Lord of the Rings where Muppets are having sex and doing drugs?

Add the new, animated feature Ruben Brandt, Collector  to this list of curiosities. Except in the modern age you can find proof of this odd movie’s existence with a  couple keystrokes, instead of hopping around video stores looking for a copy or hoping an art cinema will show it as a midnight feature.

It’s a Hungarian cartoon (dubbed into English for American audiences) heavy on fine art references and comic book violence. After you finish its ninety minute running time you almost need to watch it again, both because of its strangeness and the tedium that is inherent in strangeness.

It begins with a surreal quote, “in my dream I was two cats and I was playing with each other,”‘ and then things begin to make less sense. A train zooms in a countryside and you meet Ruben Brandt, a character whose face makes anatomical coherence. You’ll soon come to realize most characters in this world’s faces do not. There are those with three eyes or two mouths who look more Picasso than Hanna-Barbara.

There is a plot. Ruben Brandt, Collector is seeking outworks of art. He has a collection of rogues helping him in his heists while an investigator and a mob boss try to track them down. But it is not as straight forward as it sounds. I”m unclear if it is multiple viewings, mind altering substances, or a deep knowledge of fine art that would help me appreciate this movie more. Was it my fault or the movie’s that I felt as if I missed something as the credits rolled?

Maybe it’s that our minds have been programmed by Disney to think a cartoon should be easy to follow? Can we break against our programming that animation can convey complicated stories? I remember being similarly bored by the Richard Linklater cartoon Waking Life. Was not enjoying this obviously innovative movie my fault or the filmmaker’s?

There isn’t much to prepare you for Ruben Brandt, Collector (though there is a hint of Heavy Metal and Aeon Flux in its DNA), but if you’re ready to enter an alien world this might be the movie for you.