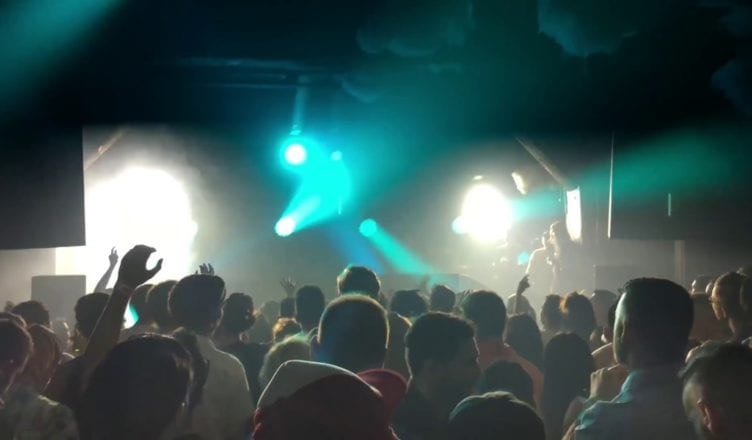 Then tone it down and try and make a point?

Like, dubstep is kinda played out and old in 2018. But it’s still dope. It’ll still have you moving. It’ll still draw a crowd, cuz it’s good shit.

This is the setting at the Rusko concert on Thursday during a balmy September Miami night. School’s back in sesh. Some hurricane is splattering the Carolinas with it’s own heavy wind & BASS.

The Ground, a venue attached to Club Space, is located on probably the most libertarian street in the city: 11th street. Open all night. 24 hour liqueur licence. You know, good vibes. Right?

Many say nothing good happens after 2am.

There is truth to that. But fuck it.

Rusko came on at 1230 with mad energy and stage presence, like he does. Dude’s a machine. A true performer and deejay. Animated. Hyped. Talking to the audience as he does his thang…his drops are dope.

Some of his DROPS are mega dope..

It was like late night at any dope music festival: Bonnarooo, Coachella, Okeechobee (which we hear is dead) — anywhere with a tent that keeps you bouncing late night.

Kids. No matter the age. Closing their eyes and surrendering. To the bass. To the DROP. Throwing hands up and bouncing.

Rusko Miami and The Ground

The Ground is that tent. When The Ground throws a party like Rusko, it brings a late night music festival vibe. A venue we need in this city. A venue Grand Central once brought. The Ground is invaluable to Miami. But it isn’t even about Rusko in Miami. It’s always been about the BASS. And Miami knows bass better than any city in the world…