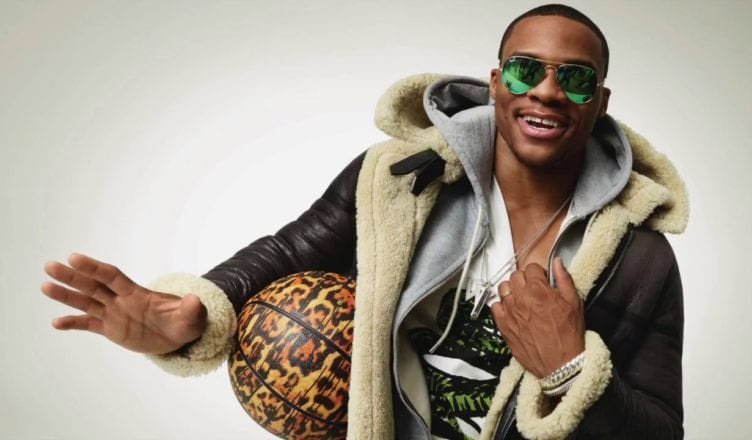 If a part of Heat Nation, like us, you’ve probably been checking your phone a few times a day to see if Russell Westbrook has been traded to the Miami Heat.  This would be the second biggest trade or acquisition in franchise history. Bigger than Chris Bosh and sorry Jimmy, bigger than Jimmy Buckets.

Mr. Triple-Double is arguably the scrappiest most entertaining player in the league.

Not to mention his style, man. His steez is off-the-hook.

Super Miami.  It’s Swim week here, bro — nothing but models in town. Come on down.

We cover the streets of Miami. We can report two things.

Are we willing to part ways with Justice Winslow? 100 percent. Goran Dragic? Of course. It would be necessary to make the deal work. Dion Waiters? Sure, he’s been a disappointment and headache. James Johnson? If they’ll take him. All bloated contracts.

As is that of Kelly Olynyk, but he’s a favorite of coach Spo.

According to the Miami Herald, the Heat don’t want to part ways with Adebayo and rookie Tyler Herro . Honestly, both those players are puppies. Westbrook is a full-grown streets of South Miami pitbull, same goes for Jimmy Butler. They will represent the culture here well.

Heat Nation wants him. It’s just a really hard deal to pull off financially. The numbers are insane. No one all year ever, ever speculated that the Miami Heat would be able to take on two super-max contracts in one summer.  Yet If anyone can pull this deal off, it’s GM Andy Elisberg (part-time wizard and NBA alchemist) and President Pat Riley (full-time O.G.).

Russell Westbrook on the Miami Heat would cap a summer like no other in NBA history.

Let’s see if ESPN is right — and this becomes Miami history.