Let it never be said again that Miami does not appreciate its history.

For outside a CVS on South Beach’s 728 Ocean Drive is a plaque on the wall with the immortal words, “This is the actual staircase that was used in the filming of the “1983” classic movie “Scarface” Starring Al Pacino, Steven Bauer, Mary Elizabeth Mastrantonio and Michelle Pfeiffer. This scene depicts the chainsaw massacre and is a world famous Hollywood Landmark! 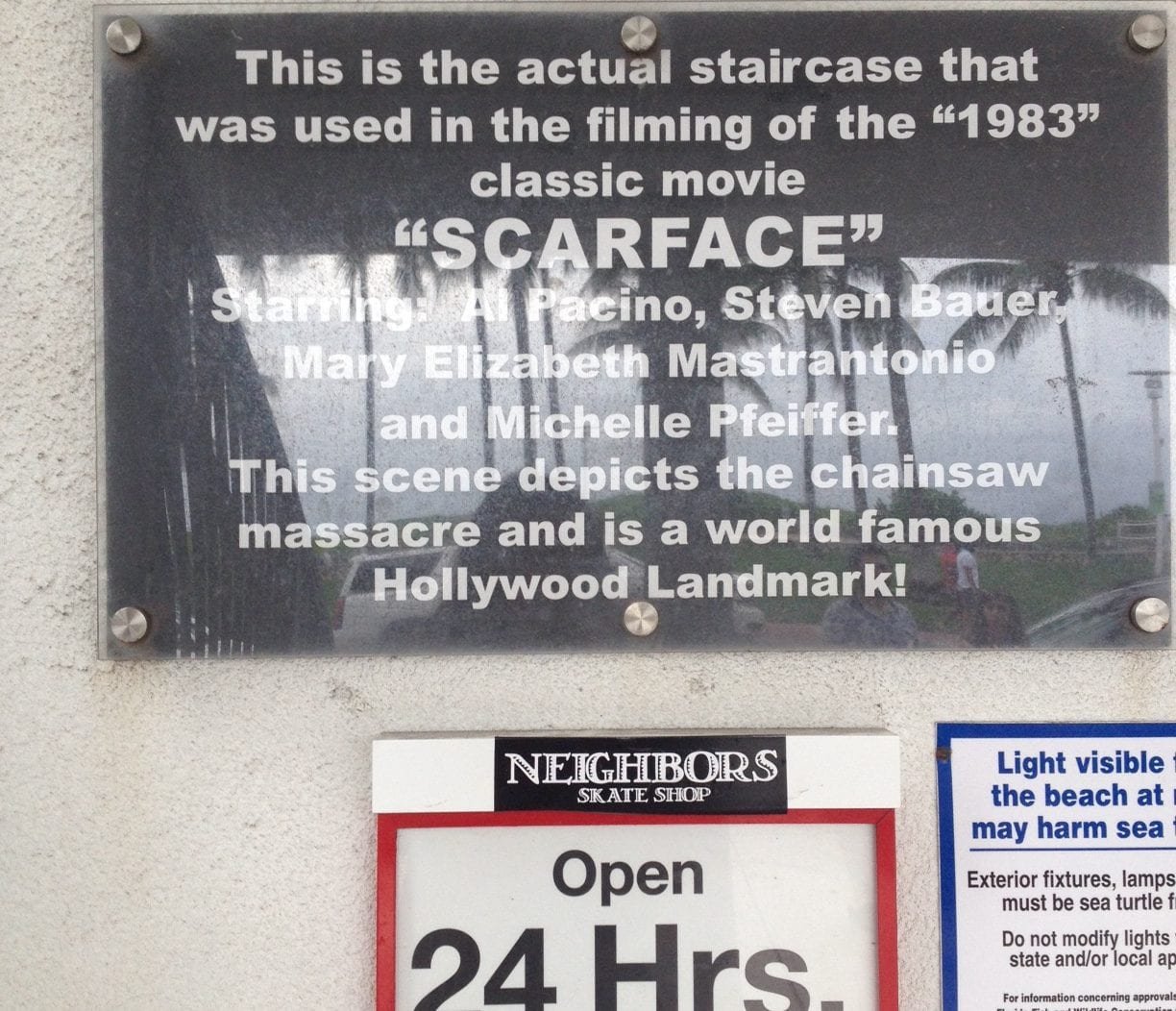 To the left of the plaque is a staircase that seems to go nowhere. Anyone who has seen Brian DePalma’s gangster classic Scarface knows the stairs once led to a drug deal gone awry. One that had Tony Montana handcuffed to a shower rod facing the running blades of a chainsaw.  The scene was inspired by a news story screenwriter Oliver Stone said he read in the Miami Herald. It is one the goriest scenes in mainstream cinema history and on a random rainy summer Monday attracted several tourists to photograph the plaque.

But what of the actual apartment where the above scene was shot? The staircase is barricaded off at its end. The doors that Tony Montana once entered are now plastered off. 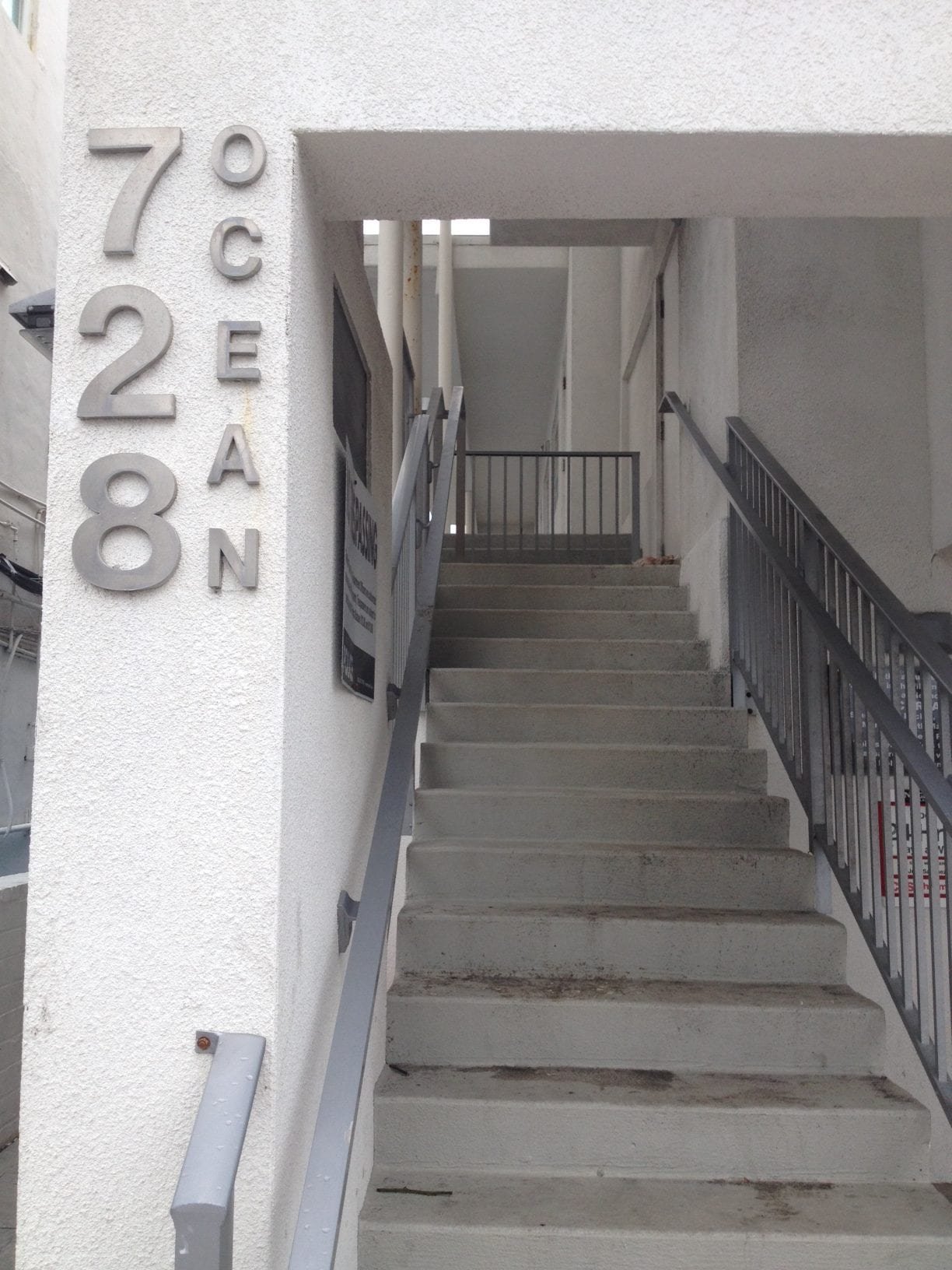 But if you go inside the CVS there is a second story to the pharmacy. As you get to the upper floor you can try to approximate where it was that Tony Montana faced certain death. Was it by the wall display selling cosmetics? Was it where a random row of shoddy strollers  featuring images of Dora the Explorer and Spider-man are stacked up? Or was it by the over the counter medications?

But if you feel clogged up, have the runs, or want to treat a nasty rash there’s only one pharmacy that has Tony Montana’s seal of approval.