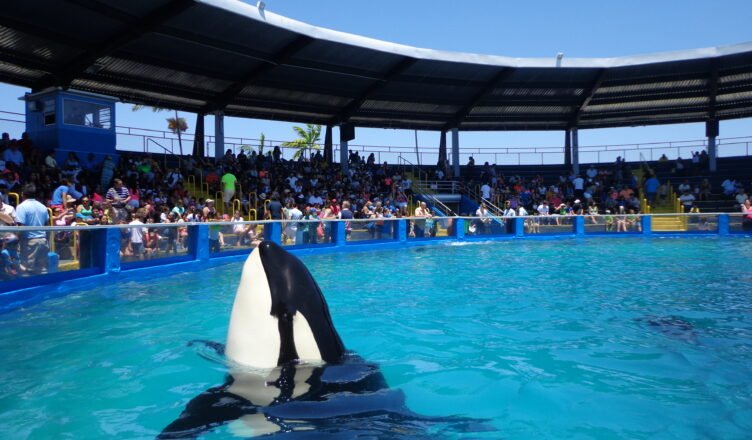 Anyone who has driven down the Rickenbacker Causeway over the past decade has seen the protestors begging the Miami Seaquarium to free Lolita, the killer whale who has been trapped in a tiny tank for over fifty years. By the end of this year PETA members will have a new corporate entity to make their case to.

The Dolphin Company, a Mexico based theme park company tweeted on Tuesday that they were taking over the Miami Seaquarium from Palace Entertainment.

Miami Seaquarium is in the process of becoming part of our family with more than 30 Parks and Habitats worldwide!
.
.
We can’t wait to welcome Miami Seaquariums’ associates, marine fauna and visitors.
.
.#Seaquarium #TheDolphinCompany #family pic.twitter.com/Rz2xetESfm

Miami Seaquarium originally opened its doors all the way back in 1955. It found a hint of international fame in the 1960’s when 88 episodes of the tv series Flipper were filmed there. The last few decades though when you hear about Seaquarium it has been all about Lolita.

Lolita first came to the Seaquarium in 1970.

Way back when it seemed cute to name an animal after Nabakov’s twelve year old sex victim. It also seemed cute back then to have a giant orca who would splash the sweltering hot audience soaking wet. But now everyone is fully aware of how this orca is treated. She’s confined to a space that is four times the length of her body and only twenty feet deep. It was in that same tank where the Seaquarium’s previous orca, Hugo died after injuring himself against the tightly confined walls.

According to Local Ten news, Lolita will stay at the Seaquarium under the new ownership.

The Seaqurium has long claimed that Lolita wouldn’t survive the journey back to her home in the Pacific Northwest. And if she did she would either die of disease or spread disease to other orcas. They claim she will be much safer and happier entertaining the masses in their killer whale and dolphin extravaganza.