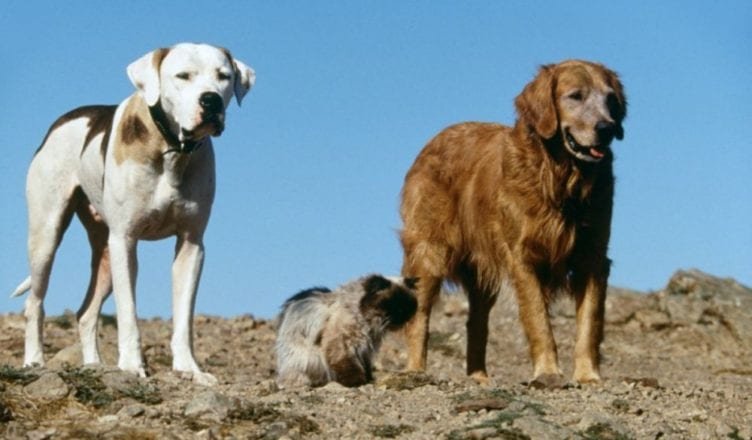 I vaguely remember the first The Secret Life of Pets. Mostly because I watched it semi-illicitly at work when the boss was away. Otherwise, it didn’t make much of an impression. It was Toy Story, but with anthropomorphic animals. Oh, and Kevin Hart voiced a bunny and yelled a lot (what else is new?). But it made a ton of money and so here we are with the inevitable sequel. I wasn’t excited for The Secret Life of Pets 2, but the designs of the myriad animals were supremely cute, so I gave it a shot. I feel like I just set up a punchline that’s never going to come. No, Pets 2 did not come out of left field to impress me, but its slight charms kind of won me over.

What most people will consider the film’s weaknesses are what I liked best about it: It’s short and the stakes are extremely low. I came across a headline that described this movie as a five-minute bonus short stretched to (barely) feature length (it’s 85 minutes with credits). That’s a spot on summary of the film. For me that’s more of a complement than an insult.

Too many kids movies (and movies in general) these days have barely enough plot for 85 minutes, but then blow up over two hours anyway (Tim Burton’s recent Dumbo comes to mind). Not that Pets 2 is a marvel of pacing, mind you, it just doesn’t have delusions of grandeur. It’s so short, it’s over before you question if it’s going anywhere.

But I smiled through wherever it wasn’t going. There’s not so much of a plot as three minor subplots that sort-of meet up at the end. One of them is as simple as Gidget, a snowball shaped dog, trying to retrieve a precious toy entrusted to her care from an apartment full of cranky cats (are cats ever not cranky?). The closest thing to a main plot has Max, the protagonist dog from the first film–now voiced by Patton Oswald instead of Louis C.K. (I think we all know why the self-loving comic wasn’t asked to return)–heading off to the country, where he learns important life lessons from a scruffy nerf herder of a dog, appropriately voiced by the wonderfully gruff Harrison Ford.

Like I said, low-stakes stuff. Basically, the movie is just hanging out with the characters from the first film and trying to have a bit of fun with them. Fine by me, better than retreading the original’s plot, which I feared was going to happen, as the opening minutes have Max’s idyllic life disrupted not by another dog this time out, but by the addition of a baby. But thankfully, that’s subverted early on.

So maybe I’m not grateful for what the movie is as I’m grateful for what it’s not. And, true, I’m not sure you’ll want to pay exorbitant movie theater prices for the whole family for less than 90 minutes of hanging out. However, grading on a curve of “thanks for not wasting too much of my time,” I enjoyed the cute animal designs and the voice work. As an animal lover. I laughed at how well the movie captured the bizarre antics of our furry, four legged friends. Seeing it for free after a long day of work, I was grateful for these small things. You, the frugal viewer, might want to wait ‘til video, though.