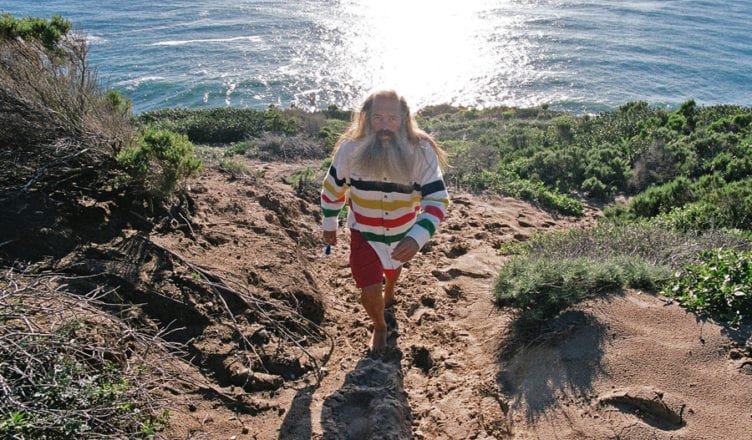 Shangri-La is a four-part Showtime documentary about music producer Rick Rubin and his super zen, hit factory of a music studio in Malibu, California. Director Morgan Neville (Won’t You Be My Neighbor?) and Rubin create a fantastic, inspiring, reflective documentary, a Christmas gift in July for creatives. The show is a behind the scenes look at not only the music industry, but also more importantly the creative process. Creativity, in its purest form, is transcendental, pure, collective, raw, even funny but not in a humorous way. Funny like, oh shit, that really happened. Like, we did that ha.

Creativity is also omnipotent, timeless and very stressful at times.

It is also, rather unfortunately, a business.

Shangri-La and its primary subject Rick Rubin know this all too well.

Who is Rick Rubin?

Like Tyler the Creator says in the first episode, we didn’t know shit about Rick Rubin. We thought he was a Beastie Boy and knew he started Def Jam. And there is mythology. It’s hard to say you will get the feeling that you know Rick Rubin after watching the documentary, but Shangri-La is not really about a specific soul, it’s about the process of using the soul to create. And this innovative series shows us the spiritual side of creativity.

Shangri-La does a solid cinematic job at delivering the zen message of “there is no such thing as time or space” while at the same decibel acknowledging and reflecting just how important history is.  And yeah, there’s the music.

Once upon a time we met & befriended this dude Dave Tompkins who wrote this crazy book How To Wreck a Nice Beach, which is a non-fiction tale about the vocoder, a voice altering machine used during World War II. Now the technology is standard in music and communication.

Shangri-La is reminiscent of the vocoder. It distorts your frequency while bending to the edge what we can articulate and receive as creative humans.