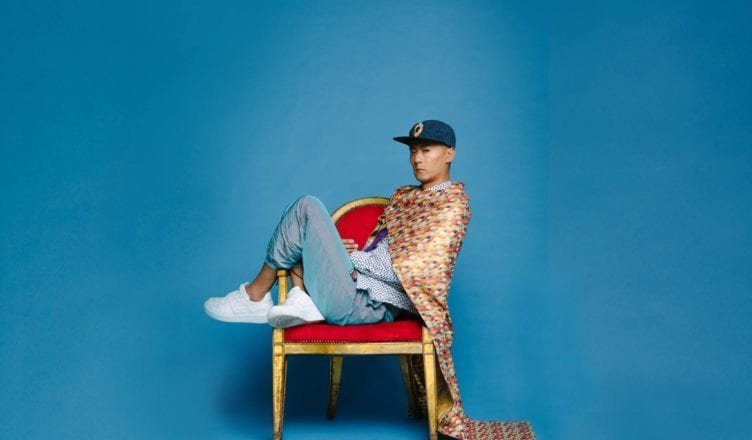 20 years ago someone (was it you?) gifted me a beautiful two disc set that included a friend of theirs named Shing02. The group was Vector Omega. Experimental lo-fi hip-hop from 1999 which I frequently spun on my radio show and at various clubs. Last month I was on the road visiting my parents and decided to take those discs off the shelf. It had been many years but the sounds still held up and it was even better than I remembered. On arrival, I looked up Shing02 to see what he has been up to and saw that he was living in Hawaii but was about to embark on a major US tour with his band the Chee Hoos performing a tribute to Nujabes. Oh my God! The last stop would be in Orlando but I would not be in town! I reached out and he replied immediately and put me in touch with his agent. Subsequently you can experience his performance on Tuesday, April 2 at Voltaire WPB in West Palm Beach.

Born in Tokyo, raised in Tanzania and England, Shing02 came up in the independent SF Bay Area scene in the early ’90’s. Over the course of his independent career starting in 1995, he has made the transition from sample-based music to live performances with a full band incorporating traditional instruments, while remaining true to his hip hop roots. As the inventor of the Vestax Faderboard, he toured in the free-jazz trio, Kosmic Rennaisance. For the past 23 years, he has recorded numerous albums in English and Japanese, and actively toured the world as an MC, producer, and activist. Currently based in Hawaii, Shing02 often performs with The Chee-Hoos, an eclectic session band which re-interprets hip-hop classics such as the Luv(sic) series that he recorded with late-producer Nujabes.

This is the real deal. Don’t sleep on tickets as they have been selling out 1,000 cap rooms across the country. Supported by BLEUBIRD Bruh – collective Eric Biddines and Sko Gudiño.

View all posts by Steev Rullman →